Atmosphere isn't getting any younger, but they can live with that 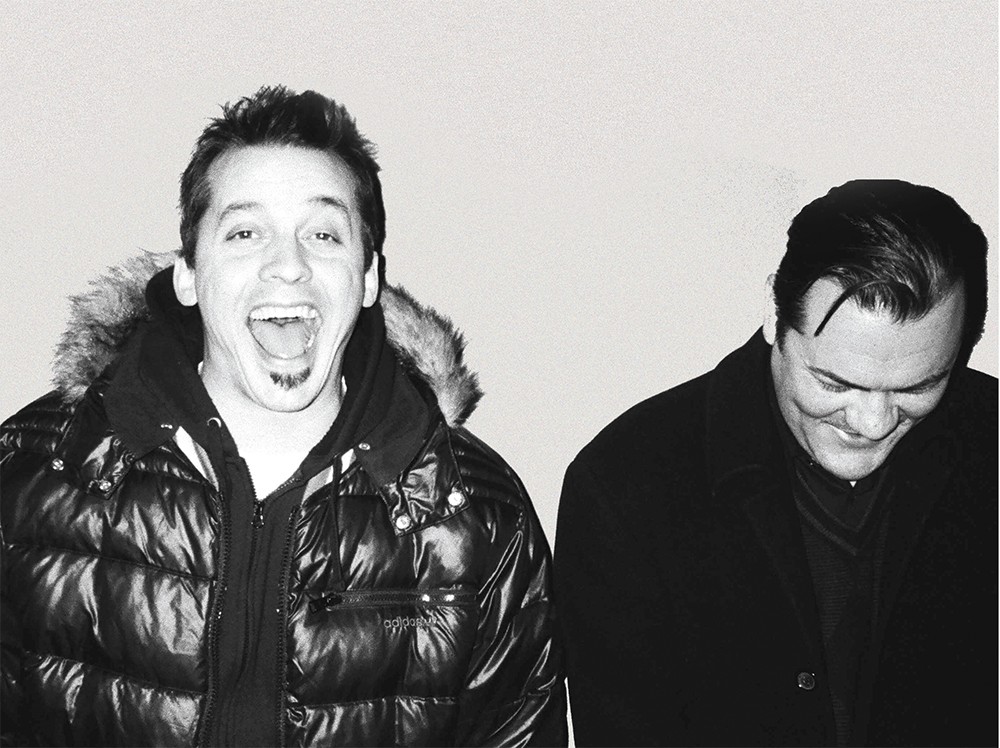 Last Saturday, at a sold-out show

in Los Angeles, the hip-hop duo Atmosphere proudly celebrated their back-to-back birthdays, one before midnight, one after. The indie group's rapper, Sean "Slug" Daley, has just turned 42, but he never expected to get this far.

"I didn't know I would make it to this age," he explains, after just waking up on his tour bus. "Back at 25, I just never thought about it. Now thinking about 60 is crazy."

After touring for more than 15 years, he says he can officially call music his career, one that he shares with DJ/producer Anthony "Ant" Davis. But Daley says he's glad to be older and wiser now. He's married with kids.

"In your 20s you can eat and drink whatever you want, but you're so damn dramatic about everything," he says. "I think of how many arguments I had in bars, or screaming after someone down the street because they won't hug you."

This wisdom trickles into his lyrics. He talks a lot about family, relationships and the future. When Atmosphere hit the Minneapolis underground hip-hop scene in the mid-'90s, they were different than the hard-hitting gangster rap popular on the radio at the time.

"When I started rapping at 11, I wanted to be LL Cool J, but I'm glad that didn't work out," Daley says.

Part of the indie label Rhymesayers, which Daley helped form in the mid-'90s, Atmosphere is one of the most well-known hip-hop groups to come out of the Minneapolis scene, sharing their intentionally slower-paced, meticulous music through years of intense touring. But as Daley explains, they were by no means the first hip-hop group there. He looked up to groups like the I.R.M. Crew and the Micranots.

"I would never say we started anything; it was a timing thing," he says. "Minneapolis is a big music town and people don't always think of it that way."

This weekend, Atmosphere will come through Spokane promoting their new album Southsiders, named after the pair's Minneapolis neighborhood, where Daley still lives. Davis has since moved to Berkeley, California, turning writing for their most recent effort into a long-distance affair, but Daley isn't leaving Minnesota.

"I've looked for a place that's better. I've toured for 15 years and I still haven't found it," he says.

The follow-up to 2011's The Family Sign, Southsiders is the group's most mature work, only furthering their habit of attracting fans of all ages. Daley says he's proud to see parents, joined by their teenage kids, coming out to their shows.

"I wish there was a concert I could go to with my parents when I was a teen," Daley says.

He and Davis didn't meet until after high school, when they were invited to collaborate. "He had a ponytail like me when I first met him, so I knew we would be friends," Daley says. The group has seen personnel changes, but the pair remained together thanks to similarities in work habits — writing music all the time.

"When we first started we wrote probably 20 songs a week," Daley says. "They all sucked, but we eventually found what worked."

Things have changed over the years, musically (using live backing music rather than samples) and personally (families). The one constant is their love of talking about music.

He still tries to steer away from radio hip-hop, but he's far less judgmental of musicians who make a more danceable sort of hip-hop. Or at least he tries to be.

"People labeled me an underdog. I never called myself that or sought that out," says Daley, referencing performers like Macklemore and Ryan Lewis. "But there was a time I realized I had to get off of my high horse. I just couldn't hold all that contempt anymore."

Their indie-released new album went to No. 8 on the Billboard charts. Daley says he was hoping for No. 7, but he'll take it.

"It really doesn't mean anything, though," he says. "Other than that it was a slow week in the business. Mariah Carey didn't release anything that week." ♦