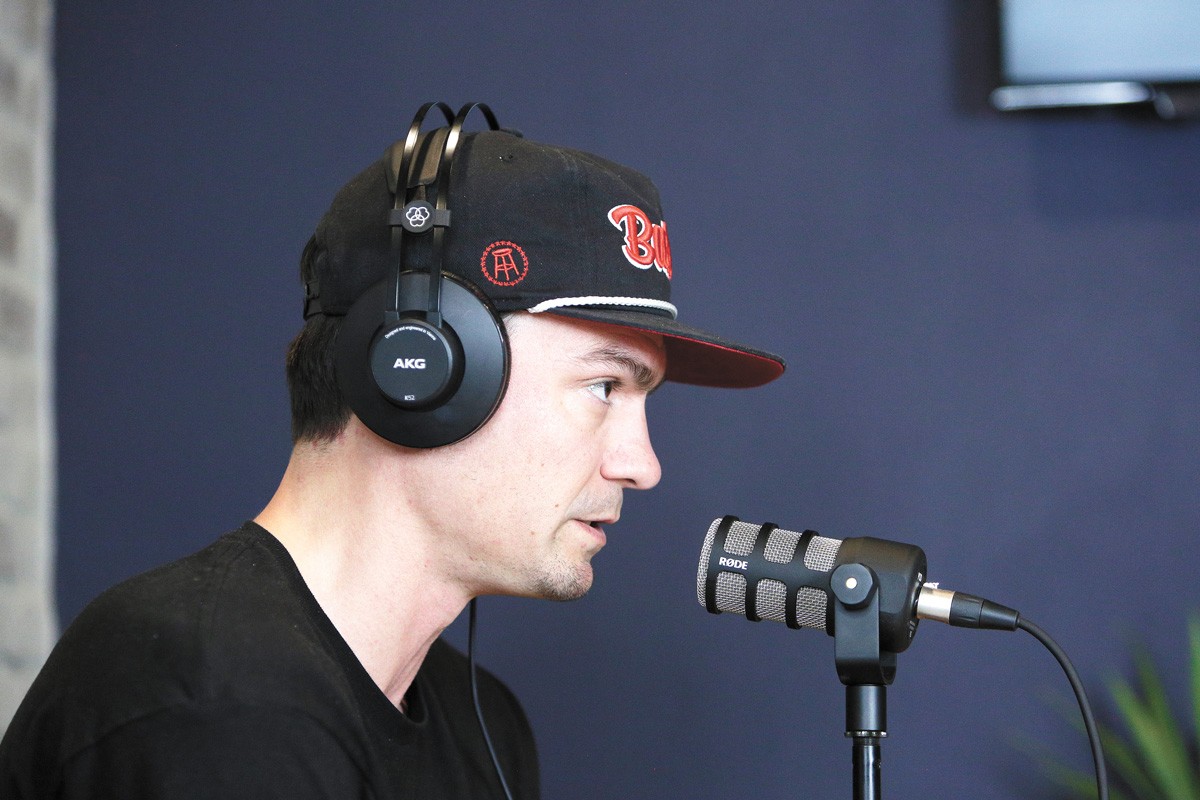 From his high school days all the way through to his post-NBA career, Adam Morrison's journey's had plenty of unexpected twists and turns. Its most recent meander, though, is one even Morrison himself didn't see coming: He's now a "podcasting dude."

What shouldn't be surprising is that, like most things he's done, he's pretty darn good at it.

Produced by Spokane's Speak Studios, his podcast, The Perimeter with Adam Morrison, debuted in April. The name is fitting for a basketball player who was lethal shooting from outside in his playing days. But Morrison wasn't a one trick pony on the court, and he isn't in the podcast studio, either. In his first three episodes, two featured former Gonzaga basketball players as guests, while another featured Minnesota radio personality DJ Skee and a deep dive into entrepreneurship.

In the episode with Gonzaga player Joel Ayayi, Morrison's prowess as an interviewer is on full display as the two talk about the transition from college to professional basketball. Morrison is able to relate well with his guests like the soon-to-be-professional Ayayi by connecting through common experiences.

After taking the basketball world by storm at Gonzaga, Morrison was the third overall draft pick in the 2006 NBA Draft. Before his breakout college season in which he led the country in scoring at 28 points per game, Morrison was largely unknown. His rise from obscurity to stardom was followed by an equally rapid fall. After earning all-rookie team honors in his first professional season, a torn ACL hampered his NBA career. He won two championships as part of the Los Angeles Lakers, but only played in 161 games over four seasons.

In the years since, Morrison returned to Spokane, completed a graduate degree at Gonzaga and now does commentary for the Gonzaga men's basketball radio broadcasts.

His work in radio prepared him for the podcast world, and his experiences on the hardwood allow him to easily connect with his guests. What makes the show special is that it's not just about sports, even when two athletes are talking. Much of the episode with Ayayi is a conversation about Ayayi's high school experience at France's National Institute of Sport. The two contrast the rigid structure of the French system with the relative looseness of the American system Morrison and most listeners are familiar with.

The episodes clock in at just over an hour, with the time dedicated entirely to that episode's guest. They're real conversations that easily swing back and forth between host and guest.

Morrison sat down for a Zoom interview to talk about the show. His responses have been edited for clarity and length.

INLANDER: How would you describe The Perimeter with Adam Morrison to someone who hasn't listened?

Morrison: It's a mixture of my experiences with Gonzaga, people connected around the program, and then the people I've met outside of basketball and being a professional athlete. It's kind of like a semi-variety show I'd imagine. There's always a connection with Gonzaga or with me. My range of guests is far different than a simple ex-Gonzaga player and things of that nature.

So, it's not just a Gonzaga podcast, but it is Gonzaga-related, and you think Gonzaga fans will be able to connect regardless of who you have on as a guest? 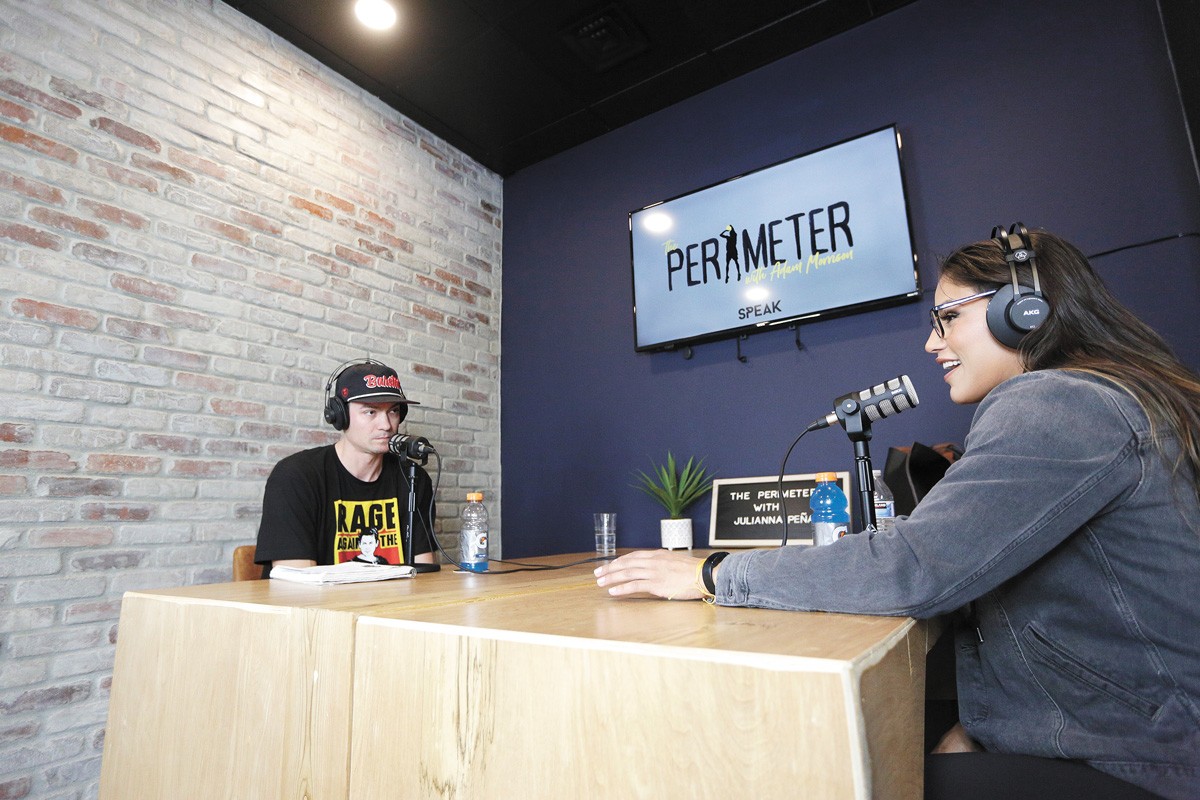 When I say it's not a Gonzaga podcast, I'm not trying to disassociate myself from that fanbase, but I'm not going to go on there and break down Gonzaga's upcoming recruiting class or schedule or anything like that. I try to have a little more variety. It's basically a show about things I'm interested in and people who have interesting stories. We're going to try to have it with a hint of variety, but also I'll get some former Zags on, and some pros. That stuff I think is interesting because of how the story changes once they get into the professional ranks. It's hard to say it's not a Gonzaga podcast because the first three episodes are going to be Gonzaga people, but it's not just Gonzaga basketball-related. I'm talking about their life experiences, their experiences at Gonzaga, the experiences that are going to happen after Gonzaga and how those shaped them as an individual and a human being.

When did the idea of having your own show come about, and what was the process like to make it happen?

The head of [Speak Studios] texted me one day and asked if I wanted a show, and we just went from there. I didn't have any intention to start my own show. I didn't think there would be a following or enough variety for people to enjoy, but they convinced me otherwise. So far it's been OK, and we'll see where it takes it. I never thought I'd be the podcasting dude or whatever. Hopefully, it turns into something with a following, for people to enjoy. But if it doesn't, I'm still enjoying it and having fun, and Speak's done an excellent job of helping me produce the show.

As the radio color commentator for Gonzaga in recent seasons, you've worked alongside the longtime voice of the Zags, Tom Hudson. How has that experience prepared you for hosting your own show?

It's helped out a lot. He's really good at interviews; he's an absolute pro. He's made my life easy as a color commentator as somebody that had zero experience walking into that job. I've learned a lot from him on show flow, on conversation. He always keeps his interviews as non-cliche as possible, and that's what I try to do as well with the podcast.

There are certain questions you're going to have to ask, but when you sit down to talk with former athletes and coaches... they do a million media things, so if you come into it with the mindset of the local TV media or something, they're going to put up a wall automatically and give you cliche answers. That's what I've learned from Tom, he's always done a good job, even in the short interviews after games, he gets the guys to really explain what their thought process was instead of the cliche stuff. And just being on radio, in general, has helped with the confidence of what to say, how to say it, and what you think would sound good.

You've had a couple of players on the first few episodes who have had experience with media from their time at Gonzaga, and who have given great interviews over the years, but you've managed to get them to really open up on your show. How does being a former player help you create that chemistry?

When they come on the show I explain to them: Look, I'm obviously not a media guy per se even though I'm on the radio. I'm not here to "gotcha" anybody. And then, to be real, I played... so they know that some of the things that I'm asking, there's a context behind it — just being a former player and somebody that they can respect a little bit. And beforehand I've had interactions with them, so that always helps people relax and open up. Because when you're doing media during the year you get asked a lot of the same questions. You always have to go risk-reward, and I know it's not everybody's favorite on the media side to hear that, but you always have to ask, "What good is going to come out of this if I open myself up to this individual or to this entity?" Then you put up a wall because the answer is "none" or "very little."

In my case, I don't really have an angle; I just want to hear guys' stories. I know the fans and people that are interested in college basketball are interested in those things as well. I go in with the mindset that I'm not trying to "gotcha" a guy to make my show explode. I just want to have good interviews, and if it takes off, it takes off. If it doesn't, I'm still having a blast. ♦

— New episodes of The Perimeter with Adam Morrison drop on Wednesdays, available wherever you listen to podcasts.