For Gonzaga, this season starts like no season ever has before. And it might just end in a way it has never ended as well.

The AP Top 25 tabbed Gonzaga, for the first time in program history, as the number one team in all of college basketball entering the season. The Zags have been ranked atop the poll before, of course, as recently as last season, but they've never had a team so respected that it earned the honor before stepping onto the court.

Another season with another set of lofty expectations, and another round of wondering if this year's squad is the best Spokane's ever seen. Nice to have some normalcy in this otherwise unsettled year.

That said, Gonzaga's not immune to the strangeness of 2020. It was on full display No. 12 at Kraziness in the Kennel, the team's annual preseason scrimmage. Normally a sold-out affair with festivities inside the building and out, this year was a subdued experience with only a few dozen people — players, staff and media — in the building.

"In this particular year, in these particular situations, it's going to be a huge advantage for those teams that can bring that collective effort and energy, and make it palpable, so it does help you out," head coach Mark Few said of the experience.

Fortunately, Gonzaga is one of those teams.

Senior forward Corey Kispert, junior guard Joel Ayayi, sophomore forward Drew Timme and freshman guard Jalen Suggs were all named to the Naismith Award preseason watch list, which will ultimately be handed out to the best player in the country at season's end. No other team has four players on that list, and only one other team has more than two players on the 50-man list.

Kispert has been a steady presence for the Zags since his freshman season, whether as a reserve, "glue guy" or team leader. Ayayi blew up last season with his electric and effortless scoring ability. Timme emerged as a stud coming off the bench before being anointed on national television by ESPN's Dick Vitale during the final game of the season.

Suggs is the one fans might not know much about just yet, but they surely will soon. The highest-ranked recruit in program history, according to 247Sports, Suggs is a 6-foot-4 point guard with great size and scoring ability. ESPN considered him to be the fifth best high school player in the country last year. Apparently, he's still getting better.

"He's a quick learner, and he's aggressive by nature," Few says. "I would say he would be one of those guys who made a big jump this past week. Hopefully we'll still be getting great improvement from him going forward."

The Zags will need that out of all their players, no matter how good they already are, because the team is set to run through a gauntlet the likes of which they've never seen.

Never one to shy away from a challenging schedule, Few was forced to put together an absolutely brutal one this season. In August the Pac-12 Conference announced it wouldn't start its season until January — a decision later reversed — causing Gonzaga to lose some marquee nonconference games against Western rivals. So, Few went out and found even bigger marquee games to fill those holes.

The Zags will face No. 12-ranked Tennessee, No. 6 Kansas, No. 5 Iowa and No. 2 Baylor, all before Christmas. In part due to the pandemic, none of those games will take place at campus sites. There will be just six games in the Kennel before the start of conference play. They won't play a true road game until Jan. 9 when they travel to conference rival Portland.

"I really think it's a huge disadvantage for those of us who have just phenomenal home courts," Few says. "It's a situation where we're going to have to create our own energy."

The Zags went 31-2 last season. They finished the year No. 2 in the AP Poll and No. 1 in the NCAA's NET rankings. A top seed in the NCAA Tournament was assured, and a second trip to the Final Four seemed distinctly possible. But they didn't even get the chance to play in March Madness.

When Corey Kispert announced in August that he would return for his senior season, the short video he shared included the words "unfinished business." It's safe to say they won't have any issues creating their own energy this season, no matter the circumstance.

Like Gonzaga, EWU is coming off a successful year and expected to do even better this season.


The Eagles went 23-8 last season, and their 14-4 mark in conference play was best in the Big Sky. They were a favorite to win the league's bid to the NCAA Tournament, but the coronavirus cancellations came down before the Eagles could take the court in their conference tournament. 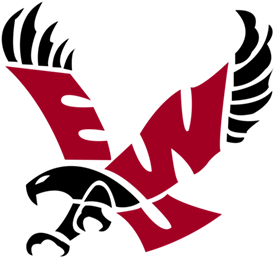 "A lot of teams would've felt good about winning the league last year," head coach Shantay Legans said. "I think there's a lot of unfinished business for this team, at least that's how we've been going about it since last March."

To accomplish that unfinished business they'll have to replace the Big Sky most valuable player from last season, Mason Peatling. Replacing a star player is nothing new for the Eagles, though. This will be the third time in four seasons the Eagles have had to replace the MVP — they did so in 2017 when Jacob Wiley graduated and again a year later when Bogdan Bliznyuk did the same.

Having three MVPs in a four-year span — and potentially four in five as senior Jacob Davison is an early favorite to win this year — shows just how strong of a foundation has been laid in Cheney, and this year they can really start building on it.

Peatling is the only starter lost from last season, and he didn't lead the team in any of the major stats. Davison was the leading scorer, averaging 18.4 points per game; junior Kim Aiken Jr. led the team in rebounds with 9.7 per game; and sophomore Ellis Magnuson was the assists leader with 4.1 per contest. Senior Jack Perry, who has started two-thirds of the games he's played in his career, is back as well. There's a ton of roster continuity for Legans' squad.

"Obviously the camaraderie and the chemistry with the team knowing each other is great. Now we just need to start defining roles," Legans said. "I think they pretty much understand each other's games, and now it's just my job to make sure I'm pushing them in the right direction and they're getting everything done in the right manner because I do think we have a pretty good ball club."

Last year, in his first season on the Palouse, head coach Kyle Smith led the Cougars to a strong 9-4 record before entering Pac-12 play. As the Cougars often do, though, they stumbled through their league and ended the year with a 16-16 record overall when the season came to an abrupt halt.


This year, the Cougars might not even get to enjoy a similar start. Their leading scorer and rebounder from last season, all-Pac-12 sophomore forward CJ Elleby, declared for the NBA Draft and was picked by Portland. Then, the week before the start of the season, Smith announced he had tested positive for COVID-19.

Once Smith returns to courtside, he'll have his work cut out for him as he continues to try to rebuild from the Ernie Kent era in Pullman. Last season, WSU won more games than it had since 2012. Smith's analytics-focused approach paid some dividends in year one, and now he's able to bring his own recruits into the fold. There are seven freshmen and four sophomores on the team, compared to just four total upperclassmen.

Fortunately, one of those upperclassmen is senior guard Isaac Bonton. The team's second-leading scorer (15.3 ppg) and leader in assists (four per game) a season ago, Bonton is an explosive player capable of filling up a box score on any given night. As a junior he was held below double figures scoring just three times. On Jan. 18, with elite NBA scorer and WSU alum Klay Thompson in the house, Bonton dropped a career high 34 points. He's got all-Pac-12 potential.

That said, the Cougars had one player with all-Pac-12 potential last season, and they finished in 11th place. They're picked to finish 11th by the media once again this season.

The Pac-12 was down relative to its standards for a few years but bounced back last season. It's expected to take another step forward this season. Which means even with improvement, WSU could struggle to keep up. ♦