It's been over 18 months since COVID-related shutdowns became inevitable for performing arts organizations. In March 2019, most theaters in the Inland Northwest halted midrun for what they hoped would be a couple of months tops.

That turned out to be a tad too optimistic. Only now are we starting to see the resumption of in-person, indoor performances for live audiences, with one cautious eye toward how the pandemic is continuing to develop. Here's what some of the region's venues have been up to recently and what they tentatively have planned for the near future.

With a lineup of critically acclaimed musicals like CATS (Oct. 19–24), Mean Girls (Nov. 23–28) and Anastasia (Dec. 28–Jan. 2) scheduled the next few months, you'd be forgiven for thinking it's business as usual for WestCoast Entertainment, the booking agency behind the STCU-sponsored Best of Broadway series. But the reality is very different. As a result of COVID-19, WestCoast Entertainment had to deal with the fallout of at least 109 canceled or paused performances.


"We haven't done a show in a year-and-a-half, and yet we've been buried because it's been so busy. A normal show takes six months to put together, and when it moves it takes months and months to bring back. Every show that's been affected has a tremendous amount of work to do on it. There are a lot of moving parts to each one," says Justin Kobluk, president of WestCoast Entertainment.

Along with his colleagues and Best of Broadway's partners, Kobluk has put in long hours to successfully reschedule around 70 of those performances. If the show is indeed to go on, however, no one can be lax about public health. Beyond venue requirements, many artists, promoters and touring productions are requiring proof of vaccination for attendance.

To stay abreast of changing guidelines, schedules and refund policies, ticket holders should keep tabs on tour websites and official social media. It's also worth checking in regularly for Best of Broadway announcements, as Kobluk has hinted that there are some major shows in the works, circumstances permitting.


These days, in true improv spirit, the theater and its resident troupe of volunteer players are forging ahead with a situation-appropriate mix of classes and live shows. PREDICTable and Safari run Fridays and Saturdays, respectively, at 7:30 pm.

"On July 9, after 482 days, we marked the return of live performances at our Garland theater with a sold-out show," says Marketing Manager Erin O'Halloran-Foerg. "Since then we've been having shows every weekend. We're also offering adult improv classes. As for our teen classes, we're still reviewing the latest guidelines and will hopefully be able to reinstate them later this fall."

The primary difference between the current schedule and a typical year is that audiences, performers and instructors have to wear face masks. Social distancing is still in place, and there's been talk of reducing the maximum audience size. Additionally, players are required to be vaccinated. Should things change, the Blue Door will return to Zoom-based improv classes and Porch Light performances on Facebook Live.

Despite some justifiable anxiety at the start of the pandemic shutdown, Spokane Children's Theatre has been seizing every opportunity to bring kid-centric entertainment to the community.


The organization has been holding online classes, livestreaming shows and hosting onstage in-person shows for limited audiences. This summer, they held half-capacity summer camps as well as an intensive camp for teens that culminated in two weekends of full-blown productions of Little Shop of Horrors.

Spokane Children's Theatre's first conventional in-person show is Roald Dahl's Matilda, the Musical, which happens to be the same one they were rehearsing when the shutdowns took place in spring 2020. It's scheduled for Oct. 8-24, kicking off a season that includes Babes in Toyland and A Year with Frog and Toad.

"Having been through what we have, we're excited to start our full 75th season. It's a testament to the spirit of our theater and our community commitment," says SCT Managing Director Doug Beschta. "One of our goals is to keep live theater affordable for families, which is why we are excited and proud not to be raising our ticket prices this season." 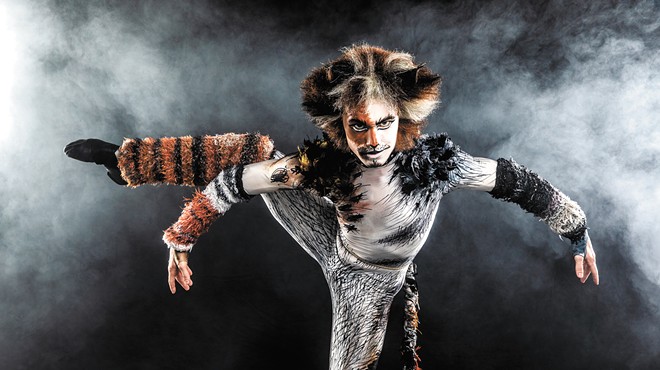 The Spokane Civic Theatre was forced to cut a remarkably successful production short when the pandemic hit. The theater hasn't produced any new shows since that abbreviated run of Cabaret. But it has been using the pause to carry out building renovations, including some much-needed backstage electrical and plumbing jobs, and take a hard look at all of its operations.


The Civic has also been concentrating on offering classes and training. It held 16 camps and seven workshops this summer, and it will be offering more opportunities during the autumn and winter months.

Support from ArtsWA, Innovia, Spokane Arts, Spokane County, the Washington State Department of Commerce as well as community donors has helped sustain the theater as it works toward identifying viable paths to reopening. Executive Director Jake Schaefer noted that he and the staff are prepared to start filming virtual productions if the conditions for safe, in-person shows end up being "later than ideal."

"Shutting down required a huge pivot on our part," says Stage Left's Managing and Artistic Director Jeremy Whittington. "While we were able to create some outstanding art, being thwarted by another shutdown seems even more daunting. To all the inquiries, please know that we will always err on the side of safety."


And though safety remains a top priority for the theater, that's not to say it's been idle. The venue has undergone an extensive remodel and now features among other improvements new seats, new signage and new dressing rooms.

On the performance side, Stage Left has presented a wide variety of streaming shows since August 2020. Its Alone Together series, for instance, has made use of Spokane Arts Grant Award funding to introduce online audiences to a mix of one-person shows. The series' final show (Sept. 24–26) is Aaron Mark's Squeamish, billed as a spooky "tour de fear."

Come October, the theater will be offering a free streaming performance (Oct. 8) of the latest installment of its popular Masterpiece Monologues. There's a three-day (Oct. 22-24) virtual run of Crystal Skillman's Open, directed by Dawn Taylor Reinhardt and starring Chelsea Duvall as the play's enigmatic magician and narrator. And Dec. 3-5, things will come full circle with a live performance of An Iliad, which was the theater's first proper streaming production. ♦