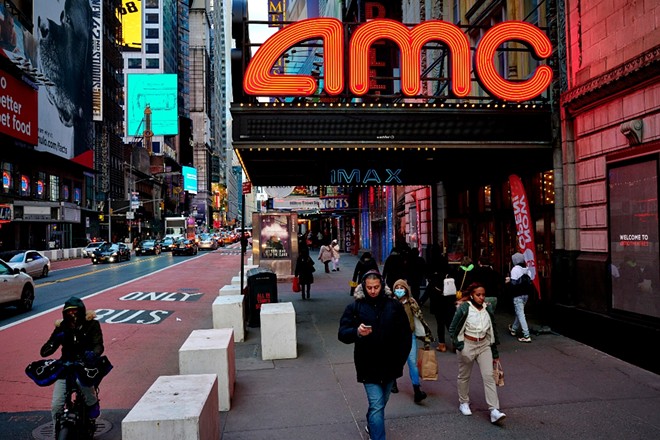 LOS ANGELES — What awaits Hollywood on the other side of the pandemic?

As vaccines have rolled out around the world, many film executives and theater operators have been predicting — hoping, praying — that a huge surge of ticket buying awaits. They hope the masses, desperate to get out of their homes (and tired of watching television), will begin to pour into cinemas as soon as they feel safe from the coronavirus and big movies begin to repopulate the marquees.

But early box office results indicate a messier recovery, with moviegoer tastes potentially shifting — particularly in China, now the No. 1 cinema market in the world — and behind-the-scenes spats between studios and theaters crimping film availability. Some traditional studios have started to prioritize streaming, to pushback from multiplex operators. “It’s going to take some time for things to settle out,” said David A. Gross, who runs Franchise Entertainment Research, a movie consultancy.

Over the weekend, for instance, the Walt Disney Co. released “Raya and the Last Dragon,” a rapturously reviewed animated adventure that cost an estimated $150 million to make. Featuring the vocal talents of Kelly Marie Tran and Awkwafina, “Raya and the Last Dragon” played in 2,045 theaters in North America, including some in New York City, where state officials allowed chains like AMC to resume operations (at 25% capacity) for the first time in a year.

Would strong reviews and pent-up demand drive audiences to theaters?

Not really: Ticket sales for “Raya and the Last Dragon” in the United States and Canada only totaled $8.6 million, according to Comscore, which compiles box office data. Gross characterized that result as “soft,” even by pandemic standards. “Tom & Jerry: The Movie,” a poorly reviewed offering from Warner Bros. that cost roughly $80 million to make, arrived in theaters on Feb. 26 and collected $14 million over its first three days. Gross assessed the “Tom & Jerry” turnout as “very good” and “a positive sign for the business.”