The Palomino continues on, following a tragedy that struck outside the music venue in January 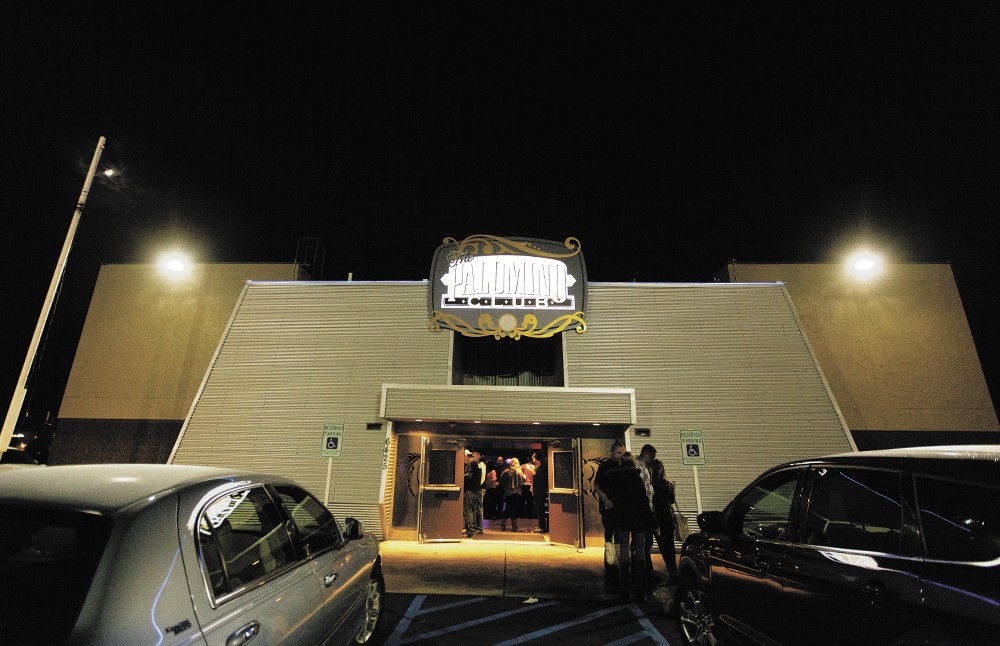 Young Kwak
The Palomino in North Spokane continues to host events after a shooting outside the building earlier this year.

Palomino general manager Wendy Jordan thought the night was over.

It was 2 am and the hip-hop show, produced by an outside promoter, had gone smoothly. The mostly college-aged crowd of 500 was filing out into the parking lot, but soon Jordan heard screams and gunshots ringing from outside, and the security staff hustled concertgoers back into the venue.

"I've never had to call the cops in my life," Jordan says. "I never want to have to again."

That freezing January morning, 21-year-old Eduardo "Eddy" Villagomez was hit in the head by a stray bullet; he later died at the hospital. The Eastern Washington University junior was attempting to get to his vehicle when he passed by a heated argument, which escalated to a shootout outside the venue, near the next-door DMV parking lot located just off of Francis on Lidgerwood. Prosecutors have now charged three men with first-degree murder in association with the fatal shooting. One man, now in custody, told police the altercation started after someone pushed a woman.

"All of the staff remembers talking to Eddy that night," Jordan says. "He was the sweetest kid there."

This is not the first time that a shooting has occurred outside a Spokane music venue after a hip-hop show. Spokane police briefly shut down the Knitting Factory after two gang-related shootings occurred outside of the venue in February 2013. Later that year in September, a young man was shot and killed outside of the Hop! after a show. That venue has closed and relocated downtown as the Pin!

Fear lingers after any act of violence, and some locals took to social media to spurn the venue, but the Palomino is continuing on with hip-hop shows and the same dedication to security, and owner Marc Fechter says attendance has essentially stayed level, depending on the show. Even though Jordan and Fechter (who wasn't present on the night of the shooting) would prefer to wipe this all away, they say it's important to talk about.

"We're not going to pretend this never happened," Jordan says. "You can't throw Eddy under the rug. His life matters."

the Palomino's cushy upper level, showing off a new art installation. The locally painted canvases covering the walls — all for sale — represent a fresh outlet for the venue.

"We want to move forward and support the arts in all different genres," he says.

The Palomino has moved away from hosting shows throughout the week, and is now open only for large events, such as concerts, fashion shows, singing competitions, a recent marijuana trade show and drag shows. Fechter says that one genre of music is not "safer" than another, and that he intends to bring in all types of national talent. Currently, Fechter has touring rockers Royal Bliss and Blistered Earth on deck, as well as local hip-hop orchestra Flying Spiders. He says no artist or musician has canceled because of the shooting.

Spokane isn't the easiest place to run a music venue, and the Palomino isn't an easy music-venue location. The event center has seen its fair share of clubs come and go — the Palomino Club (which had a different owner than the Palomino), the Center and Spokane EpiCenter. The Palomino, which just opened last Halloween, was gaining some traction before the shooting took place, but Fechter says show attendance was hit-or-miss. Now it's the same story, depending on the artist. Country crooner Keith Anderson pulled in about 400 people in late January, but other concerts with mostly local acts have been sparsely attended. Also, that fact that the Palomino is about a 15-minute drive from downtown makes the venue a destination location, Fechter says, and that can be challenging.

Still, the practically windowless space was renovated in 2014 with high-end light and sound gear, three bars and new bathrooms. The venue's level of security is quite high, with patrons being checked and wanded for weapons at the door. There are cameras everywhere, including outside, and on the night of the shooting, 12 security guards were on duty.

Spokane Police Department Capt. Tom Hendren, who was called to the scene the night of the shooting, says he has responded to fights on the property over the years, but not for anything serious.

"This was an isolated incident, with bad actors ruining the fun," Hendren says. "I would not discourage people from going out to shows. But do use common sense when it comes to safety."

Hendren says that domestic disputes top the list of emergency calls, and that most homicides do not occur outside of music venues. What happened in January is the worst-case scenario, with an innocent person losing his life, he says.

"Looking at the violent crimes, in the majority of our incidents, the offender knows the victim. It is not random," Hendren says. "When you see things like this on the news, it usually has to do with the company you keep, and if you're involved with drugs or gangs."

Thomas "TC" Chavez, who owns the Pin!, has worked to move beyond the shooting outside of the Hop!, his old venue. His new place has been open for an entire year without violent incident. He says that he feels for the Palomino owners. He knows how hard it is to continue. Chavez points out that incidents like this happen in larger cities all the time without much media attention, but in a smaller market it's a big deal.

local rapper Jennifer Kemple is closing out the Palomino's hip-hop show with a solo set. Fans crowd the stage and couples are dancing and getting frisky. While the flow of people has been steady throughout the night, the multi-billed show has only brought in around 80 patrons. The dozens who are here now want Kemple to continue laying down her fierce rhymes well into the morning, but she thanks everyone around 11 pm and shuts down the all-ages party.

Promoter Angi Terry says she thinks turnout was low tonight in part because of the club's association with a shooting. But that hasn't stopped the GoHeart Promotions owner from booking more concerts at the event center, including her own band's CD release show.

"Don't fault the Palomino," Terry says. "I think people are looking for reasons to hate some venues. This is such an amazing space."

Tonight is a reminder of the uphill battle the Palomino is fighting. Continuing on with the business, after the shooting, was one of the hardest things that Fechter, Jordan and their crew have done. That week, Jordan says she received more than 300 text messages from caring friends and patrons. But she still didn't want to go out in public or look at Facebook.

"I felt like people were recognizing me, even at the grocery store, because I'd been on the news," Jordan says. "People were pointing and saying, 'Oh, Palomino.'"

Emotions were still high when staff met that week to debrief, yet all but one person opted to stay on. Jordan and Fechter say that security is at the same high level it always was, only now they have the firsthand knowledge of what could happen.

"We are changed, we're bonded by this incident," Jordan says. "Our first night after reopening, our staff clung to each other. We played the role, but our minds were elsewhere. Eddy is forever in our thoughts." ♦

Speaking of The Palomino

The Palomino to reopen under new management, less country 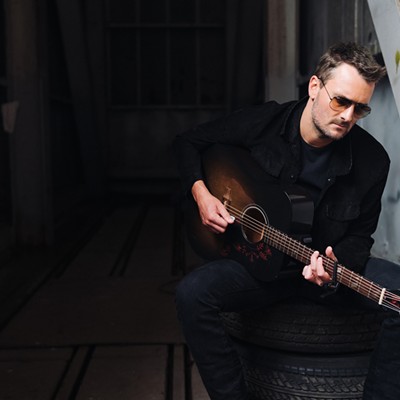