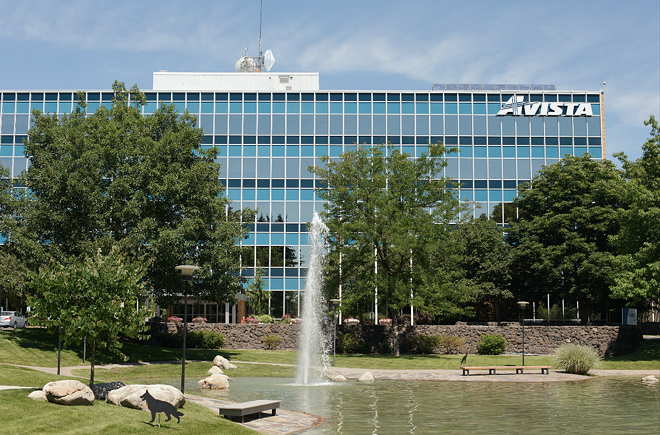 Young Kwak photo
Avista HQ in Spokane.
Washington Attorney General Bob Ferguson wants Avista to refund its customers up to $41 million after the Court of Appeals agreed that customers had been overcharged.

From January 2016 to April 2018, Ferguson's office writes, Avista overcharged for its services by an average of about $40 per residential customer. About 420,800 customers would be entitled to a refund if approved.

“My office has continued to fight for ratepayers and challenge Avista’s unlawfully high rates,” Ferguson said in a statement. “It’s time for Avista to make it right through refunds of the millions of dollars they overcharged Washingtonians.”

The state Utilities and Transportation Commission (UTC) is scheduled to hear arguments on the refund next month and will issue its decision after Oct. 30. UTC staff has also argued that Avista customers are due a refund similar in size.

The overcharge was the result of the commission allowing Avista to include projected growth and updates it would need to make during that time frame in its electric and gas rates, the AG's office explains. The office also argues there was an overcharge because the calculations to set the rates didn't reflect lower electric and gas costs that actually occurred during that time frame.

The combination of adding the projected growth into rates, which the Court of Appeals agreed is illegal under state law, and not accounting for cheaper energy costs, meant about $41 million extra was paid by businesses and residents, the AG's office argues.

Avista disagrees, arguing that no refund is due to customers in its filed testimony.  A portion of revenue is automatically shared back with customers when, for instance, gas is cheaper than it was projected to be, which is part of why the company argues it shouldn't owe anything more at this point.

"We are in the process of reviewing the testimony and will have the opportunity to formally respond with testimony on Oct. 11, also as part of the procedural schedule," Avista said in an emailed statement. "After all of the input from all parties is considered, the commission will issue a decision and determine the refund amount, if any."