Even after years of drama, Exodus is still playing speedy, ferocious music 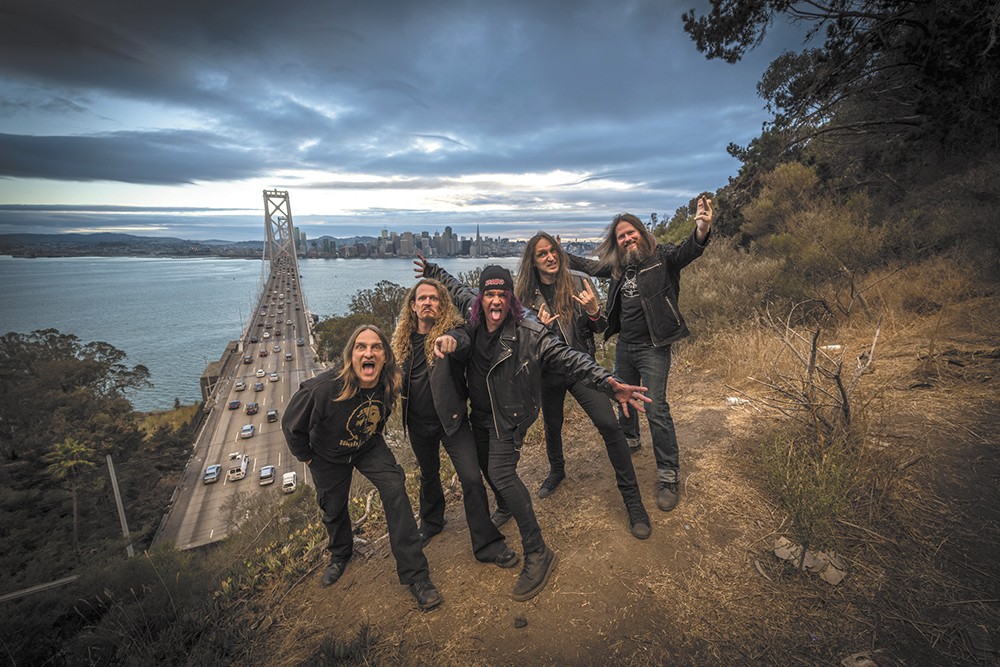 Exodus, the bad-ass Bay Area thrash-metal act, still has something to say.

Next year will mark three decades

It remains a defining document of early thrash, so one might assume the band is planning an anniversary reissue and tour. And they might be if they weren't so busy promoting their fine 2014 album Blood In, Blood Out.

Against all odds, Exodus is still at it.

To be clear: Souza did not sing on Bonded By Blood. He joined Exodus in 1986. Before that, he sang in another East Bay thrash band, Legacy, which became Testament. He's quite familiar with the scene back then.

"In the '80s, it was all about excess. Just do it. Who cares?" he says. "Haul ass. Take chances. You're a rock star, right? You owe the institution to be this way. All the good rock stars die in their own vomit!"

But that lifestyle takes its toll. Souza fronted Exodus from 1986 to 1993, then again from 2002 to 2004. That last stint started when Bonded By Blood vocalist Paul Baloff died after suffering a stroke; it ended with public bickering between Souza and guitarist Gary Holt. Eventually, Souza rejoined the band last summer after smoothing things over.

"We don't hide from that stuff. We know what went on. That's the greatest thing about this time, being able to look yourself in the mirror and go, 'It's not what everybody else was doing. It's what you were doing,'" Souza says, talking to himself. "Maybe I didn't carry myself or leave in the correct manner. I did not. For 10 years, I could not take that back. All I could do is say, 'You wanted to give me the opportunity to try this again ... and I'm here to do it.'"

So far, it's going well. Blood In, Blood Out is a bracing blast of thrash that may not capture Exodus at its peak, but reflects perfectly on a band with many miles on its treads. It's loud, fast and gnarly, and that's what people want from Exodus.