The Best Exotic Marigold Hotel can’t quite pull off a Slumdog. 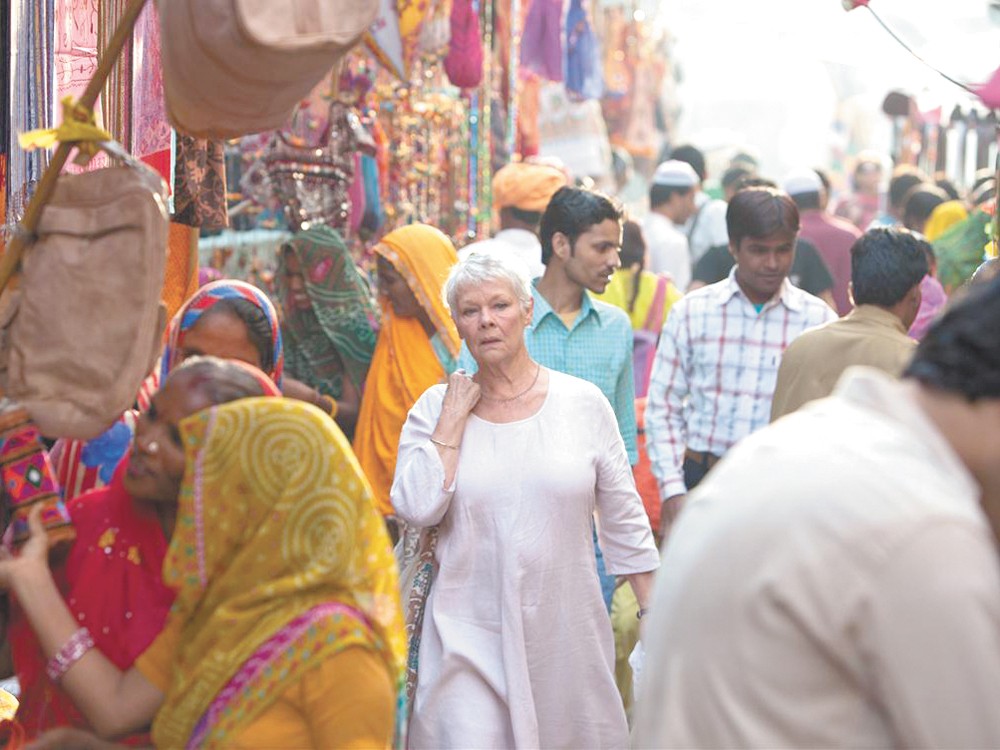 In the fluid opening montage of The Best Exotic Marigold Hotel, the audience is introduced to seven aging Brits who, for one reason or another, have decided to pick up stakes and move to Jaipur, India, and take up residence in what is being advertised as a newly restored retirement home. The first of the film’s many predictable surprises is that the hotel is a fixer-upper, a dilapidated shell of its former glory and hardly anything that qualifies to be called the Best Exotic Marigold Hotel. Before the film is over, any shred of conflict that has arisen is resolved (believably or not) and the picturesque poverty of India and the ingratiating spell of the hotel have turned these refugees from old age into happy campers.

The Best Exotic Marigold Hotel represents genteel filmmaking at its finest. Toss together a bunch of award-winning British thespians, the refined but indistinguishable direction of John Madden (Shakespeare in Love, The Debt), and the distribution company (Fox Searchlight) that struck gold with its last film set in India (Slumdog Millionaire), and you’re likely to wind up with something like this: a sure-fire crowd-pleaser, especially among those whose ages exceed the most popular movie-going demographic. These British transplants are all characters who are feeling their age. As one says, “I don’t want to be the first person they let out in a hostage crisis.”

The actors are all so delightful that it becomes easy to forgive their characters’ illogical transformations. Maggie Smith steals every one of her scenes as a bigoted biddy who has just had a hip replacement. Refusing to eat anything she can’t pronounce and always ready with a racist aside, the character turns into an absolute sweetheart by the movie’s end. Other transformations may seem less dramatic but are hardly more believable.

A blog kept by Evelyn Greenslade (Dench) carries the story’s narrative thread. Evelyn is a widow who wants to finally learn to fend for herself. Her late blooming becomes the heart of the story, although every character — including Slumdog Millionaire’s Dev Patel, who plays Sonny Kapoor, the proprietor of the hotel — undergoes a transformative experience. But for all the whitewashing that goes on, The Best Exotic Marigold Hotel is filled with some marvelous dialog and quips delivered by some of the best in the business. There are worse ways to while away the time.