All grown up, the Losers Club still has to contend with Pennywise in the bloated, tedious It: Chapter Two 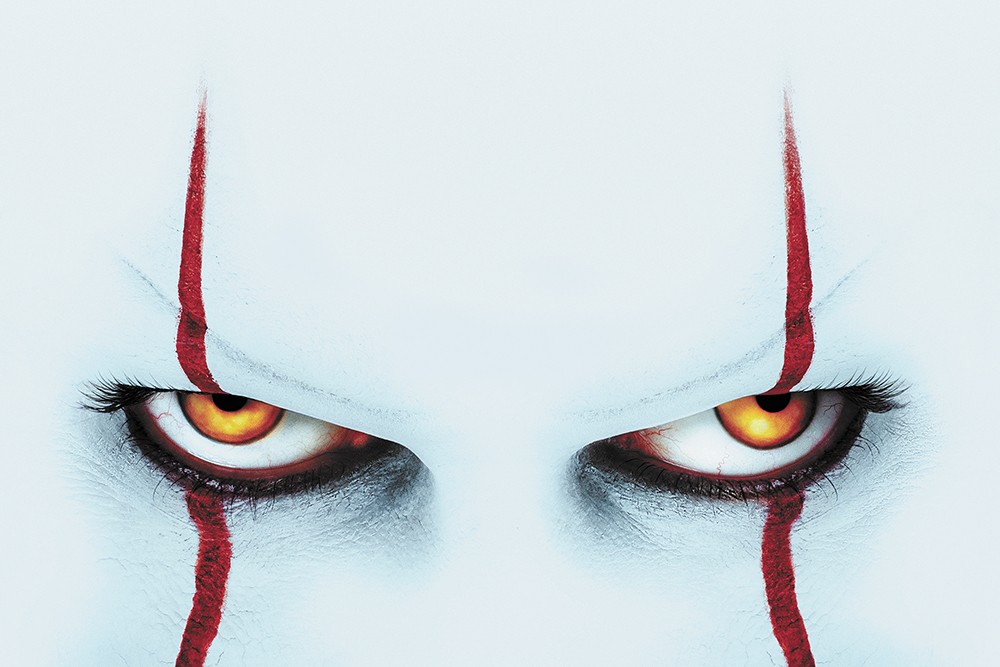 There's a running "joke" throughout It: Chapter Two about how Bill Denbrough (James McAvoy) is a rich, famous and successful novelist whose books are adapted by big Hollywood studios, and he gets to write the screenplays himself, and yet also the endings of all of his novels are so legendarily awful that everyone hates them.

The many instances of This Never Happens going on here are extraordinary, but what raises this to the level of Actually Egregious is that all of this would appear to be an attempt to forestall any complaints about the ending of It: Chapter Two. Because it is somewhat different from the ending of Stephen King's novel, which has been split into two parts, the first of which was the 2017 movie It. (Did readers not like the ending of King's novel when it was published in the 1980s? I have no idea. King himself has a cameo in this movie, suggesting that he approves of the whole "the ending in the book was shit, so let's fix it" motif.)

Such attempts are justified because, ironically, the ending of It: Chapter Two is as shit as those of Bill's books. This one feels like it has been pulled out of someone's ass for reasons I cannot comprehend. At least its pointless randomness does slot right into the two movies' accidental contention that an evil spirit/alien/monster/whatever-Pennywise-is would wreak arbitrary havoc on whomever she/he/it has targeted. That's just what she/he/it does. Somehow, though, this doesn't feel like a positive justification.

If you haven't seen It, nothing much here will make much sense. And it still doesn't, really, even if you have. Quick recap, anyway: Back in 1989, a junior-high gang of friends who'd dubbed themselves the Losers Club battled Pennywise the Clown (Bill Skarsgård), who wanted to eat their faces or something. That was 2017's It, an unscary, unintentional pastiche of 1980s kiddie adventures (think The Goonies meets Stand by Me times Poltergeist). Now, 27 years later, they are all summoned back to their hometown of Derry, Maine, by Mike (Isaiah Mustafa), the only member of the club who never left home, because Pennywise seems to be up to her/his/its old murderous tricks again. The club had all vowed to return should their supernatural nemesis ever rear her/his/its painted face again, but this is complicated by the fact that they all had forgotten their childhoods in Derry. Worse, they'd all forgotten that they'd forgotten.

Something about how childhood trauma impacts the rest of one's life, and how repressed memories are never really repressed, etc., etc. Also later, something about how memories — and monsters! — only have the power you grant them. All true, to a certain degree. But Chapter Two ultimately wants to have its empowerment cake and eat it, too. Positive thinking cannot overcome all the terrors that oppress us, no matter how hard we might wish for it, or how much work we put into it. It almost beggars belief that Chapter Two posits the feel-good denouement that it does. It's almost dangerous in its suggestion that there are no real monsters, no real oppression that keeps us down.

And yet, a muddled message is the least of It: Chapter Two's missteps. If only it were genuinely scary. But this overlong — almost three hours! — exercise in unironically trotting out genre clichés bypasses every opportunity to acknowledge its utter obviousness, the roteness of its tropes. For here we literally run a gamut of scary-movie nonsense — a killer clown, a disorienting hall of mirrors in a carnival funhouse, an actual haunted house, a mysterious "Indian ritual," a sea of blood, multiple eldritch spidery creatures — as well as other down-to-earth terrors: abusive parents, bullying school kids.

Yet for all of its extreme length, Chapter Two barely gives room for a truly great cast (Jessica Chastain, Bill Hader, James Ransone, Jay Ryan, Andy Bean) to do much beyond scream and gasp at what is happening around them. The only terrifying thing here is how tedious It: Chapter Two is, and what a trial it is to sit through. ♦

Speaking of It, Stephen King

Doctor Sleep is the Shining sequel you never knew you needed