All Is Not Lost

As man-made tragedies strike around the globe, it's important to remember that humans aren't always the worst 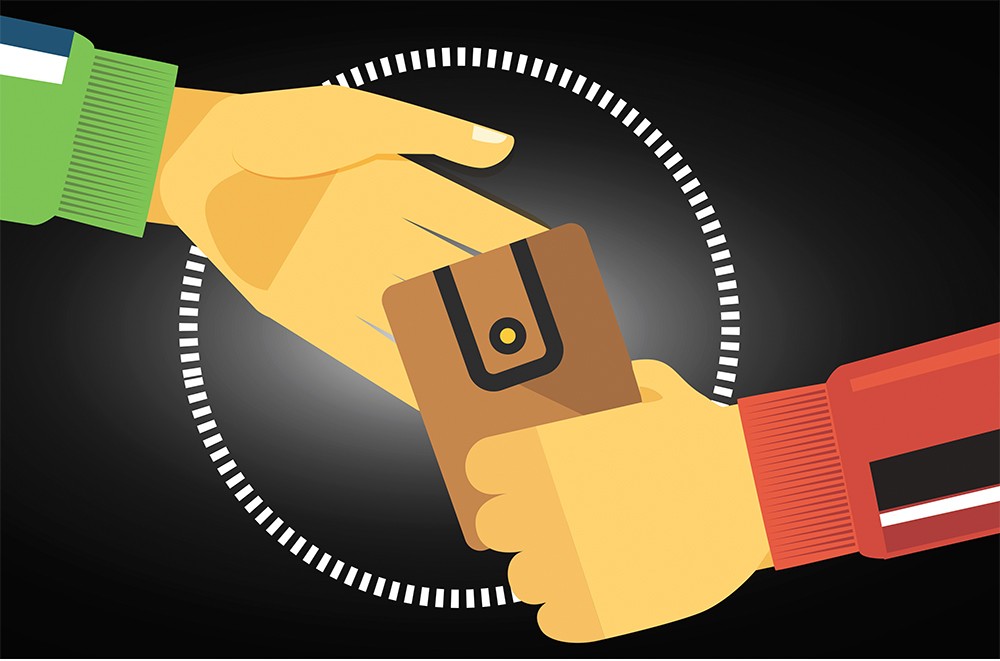 The wallet was gone.

My boyfriend remembered placing it in his coat pocket after making a purchase at the crowded Seahawks Pro Shop. He recalled the feel of its leather against his hand in that pocket when seeking warmth against the biting wind. But that evening outside the Link light rail station in Seattle, the pocket held no public transportation passes, no hefty wad of cash and no wallet.

We retraced the many steps back to the Pro Shop. By that time, most of the sidewalks were cleared of jacked-up football fans. The rain-slicked walkways showed no evidence of a dropped wallet. Anger mounted. The Pro Shop visit proved fruitless. We could call the stadium lost-and-found department the next day, they said. These things have a way of turning up, they said.

Finally, back at the light rail station, we were headed home, hearts low after such a thrilling tailgate experience, followed by his Browns falling to my Seahawks. He threw down the cheap DVDs won in the morning's white elephant exchange, stomping Eddie Murphy's Norbit face into the concrete.

"Yeah, get it!" one of the guys at the stop called out, egging him on.

We damned the state of humanity the whole light rail ride home. Who were these people who would steal a wallet just days before Christmas? What sort of situation brings someone to that place? Why do people suck? No sentences I could form would make this better. Nothing I could say would assuage the feeling of loss.

The calls were made to alert the credit card company and bank. Arriving at my parents' Seattle suburb home, they listened to our tale of woe. The living room Christmas tree lights twinkled, unable to brighten the dark cloud of emotions. My father offered a story.

Last year, he'd helped a man change a tire at an I-90 rest stop. He'd then happily roared off in his Ford truck into the sunset. A day later he received a call from the North Bend police department. They had his wallet. The man with the car trouble had turned it in. My grandmother also recently had a lost purse returned to her. Other than my family being forgetful, these stories showed a hopeful outcome. Lovely for them, but my boyfriend's wallet was still gone.

The cellphone ringing broke the silence. An unknown caller. Geico. Did they have permission to give out my boyfriend's phone number?

Patched through, the caller on the other end announced that he had the wallet. The man was staying at a hotel near the airport, not too far away, he said, and off we went to greet the good Samaritan.

We arrived at a stately hotel bar where the middle-aged man and his woman, decked out in blue and green, were waiting. They waved. We waved. And there it was, the old wallet fully intact. They had spotted it through a swiftly moving crowd on the sidewalk nearby the Pro Shop's doors.

"Can I buy your drinks?" my boyfriend asked.

Instead, the man's only request was for us to sit down. He wanted to know how someone from Ohio ended up in Seattle. Plans to drive back over the snow-filled pass that night quietly evaporated. It was clear we were supposed to be there with those good people in that moment. We chatted for an hour, basking in the glow of gin and relief.

Later, as we drove back home, again there were no words. It was the notion that we'd been proven wrong. There are normal, everyday folks who are willing to help strangers. Not because their religion dictates it or they need to fill some service requirement, but because we're all human.

After all the terribleness of San Bernardino and Paris and so many other heartbreaking tragedies in 2015, I'm glad to go into the New Year with fresh perspective. For humanity, even in the smallest gestures, there is always hope. ♦