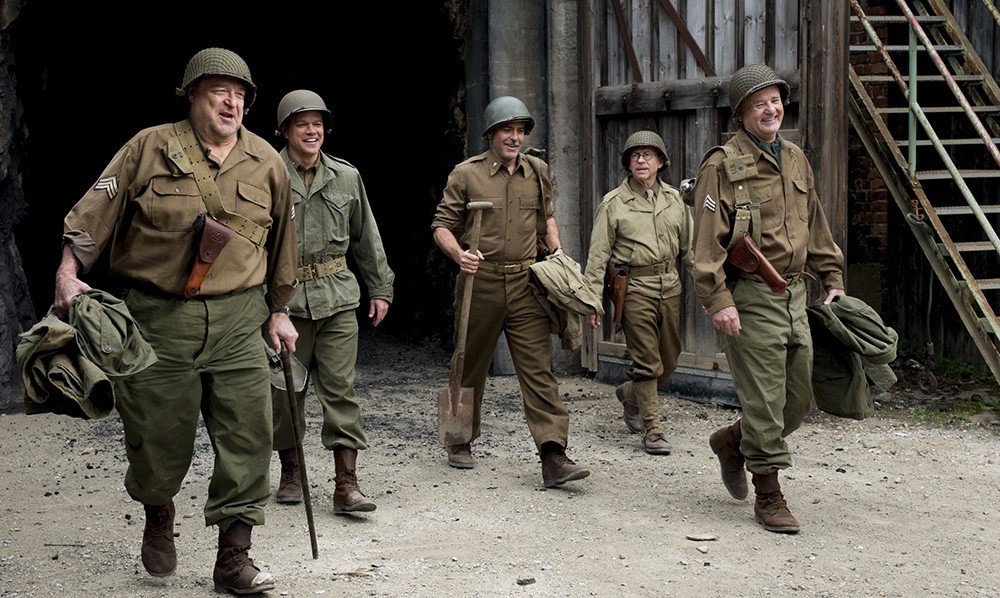 You would jump in a foxhole with Bill Murray, admit it.

Is The Monuments Men — a film, based on a book, based on a real story — actually telling us the truth? The film says that its heroes were art experts from the U.S., England and France who, posing as Allied soldiers, went to Germany in the middle and late stages of World War II to find works of art plundered by the Nazis and to save works of art that might otherwise have been destroyed by Allied forces. But historians, from both the military and art worlds, are now saying that they actually were military officers, not experts posing as them. I haven’t read the book.

But it doesn’t matter to me. It’s a movie; it’s supposed to inform and entertain, and there’s always going to be some bending of the truth when a fact-based story makes it to the screen. George Clooney, who stars in, directed, and co-wrote the film, freely admits that some of the names were changed, and some of the characters were invented. But the basics of the real story are definitely here.

In this version, we meet art historian Frank Stokes (Clooney) in 1943, as he’s making a passionate presentation to President Roosevelt about the loss of culture going on all over Europe.

By the next year, Stokes has assembled a team of men that includes a museum director, an architect, an impresario, and others involved in the arts. The plan was to protect what’s left (buildings and monuments) and find what’s missing (paintings, statues and, specifically, the Ghent Altarpiece, which the Nazis had stolen).

Clooney long ago proved his ability to carry a film as an actor, but turns this into an ensemble piece where no one character is more important than another. So even though Clooney plays the guy in charge, we also get Bill Murray and Bob Balaban comically bickering with each other, John Goodman being his usually blustery self, Matt Damon — working in France, away from the rest of the group — pulling off a running gag about butchering the French language, Hugh Bonneville and Jean Dujardin adding some continental flair, and Cate Blanchett, as a secretive museum assistant, showing off her frustrated and angry sides.

Clooney has also grown steadily as a director, and this, his fifth feature, gives him his biggest palette yet. The story and its characters are complicated, the mood and tone is constantly shifting, and Clooney has it all under control with a sure hand and a keen eye.

There’s breezy chatter among the Monument Men during some downtime, which smoothly morphs into quiet, thoughtful talk about what they’re doing and how they can’t let so much of mankind’s greatest achievements be destroyed or stolen. There are problems with the American military stationed there, many members of which don’t believe that saving art is more vital than winning the war, and that bombing a so-called important building might help hasten victory. Things turn political, or maybe sociopolitical, with the subject of Adolf Hitler planning to open his own Fuhrer Museum, and filling much of it with pieces taken from the homes of Jewish collectors.

The film works on different levels as a thriller and a mystery, and has its share of tragedy. Then in the middle of it all, we’re plunked down into a wartime holiday get-together, with a lovely rendition of Have Yourself a Merry Little Christmas (performed by 16-year-old Nora Sagal) piped in, to soothing effect.

Clooney and co-writer Grant Heslov have given the film a tense, exciting, crowd-pleasing ending that reaches a bit into rah-rah, flag-waving territory. But that’s fine. It’s all part of the entertainment. ♦

The Monuments Men is not showing in any theaters in the area.