Swinging and scrambling, small climbers ascend the colorful plastic handholds of the youth area of Bloc Yard Bouldering Gym in North Spokane. Toddlers and teens test themselves against gravity, their faces twisted into dogged grimaces.

As they hoist themselves over the top of the wall, stern looks turn to wide smiles. Parents cheer from below. The younger ones dash to a nearby slide to slip down and start another climb.

Gym owner Adam Healy says rock climbing — once a fringe sport of outcasts and explorers — has gone mainstream in recent years. Budding athletes have increasingly connected with the challenge of working their way to the top of difficult climbing routes.

"You get that sense of achievement," he says. "It definitely helps build self-confidence and a sense of adventure."

Climbing's combination of creative problem solving and self-guided improvement can make it an appealing alternative to more structured, traditional sports like baseball or soccer. As access expands to such sports, parents may find new ways to get their kids moving.

In a time of scheduled playdates, video games and social media, research shows most children get far less physical activity than recommended. The 2018 U.S. report card on children's fitness found just 43 percent of 6-11 year olds got enough activity. Those rates dropped to 8 percent for 12-15 year olds and 5 percent for 16-18 year olds. Participation is down for team sports and PE classes.

"We have these real traditional sports and a very small percentage of kids will thrive and be really good at those sports," she says. "Parents should be offering opportunities for kids to try out a lot of different activities ... so (kids) can identify which things they really click with."

Some kids might enjoy skateboarding. Others might enjoy martial arts or surfing or ice skating. The important part is getting them moving.

Ullrich-French says many children decide at a young age whether they consider themselves to be athletes or active. During those early years, parents can work to make sports fun, inclusive and low pressure. Kids also want to feel like they fit in with a social or peer group.

"When kids quit (sports), often times it was because they did not have fun," she says. "When kids don't have fun, don't connect, don't feel good about what they can do, then they stop."

"There's no judgment here," she says. "You are who you are."

As roller skaters slam each other around the track, they also learn about what unique strengths they bring to the team and how to overcome adversity through cooperation, Moon says. They become stronger skaters, but also more self-assured and resourceful.

"You have to learn how to handle conflict," she says. "There's a mental as well as a physical aspect."

While traditional sports offer structure and team-based motivation that some kids will respond well to, most will still age out of school sports at some point. Few will compete at the college level and many drop out before then. Alternative sports or activities often carry over into adulthood more easily or can be enjoyed together as a family.

Ullrich-French says a key factor in whether children stick with a sport is whether they internalize that activity as part of their identity. Do they come to think of themselves as a climber, skater or active person? 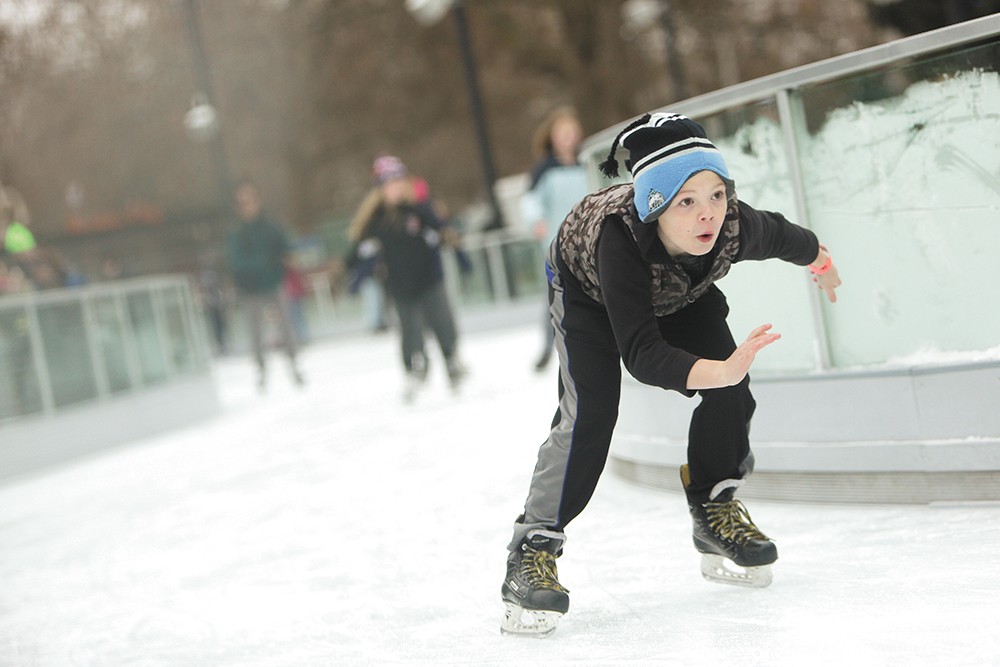 Young Kwak photo
Getting a workout at the Numerica Skate Ribbon.

"Kids can really just do what they enjoy doing instead of what they have to do," she says. "It becomes part of who they are."

Cher Desautel, co-owner of YogaJoy North in Spokane, says getting started in yoga as a youth lays a foundation for a lifetime of potential practice and growth. Like many other activities, yoga offers self-led improvement, social connection, new skills and fun.

"They can get a sense of community and belonging," she says. "They just really need an activity that's non-judgmental."

Yoga, like rock climbing or roller derby, offers lessons that reach far beyond the gym or studio. They improve physical fitness, but also help kids learn about relationships and responsibility. They build character and resiliency. They strengthen self-esteem and personal identity.

"It's absolutely everything," Ullrich-French says.

Parents should not force their children into sports, but there are more ways than ever to get kids active. Looks for what lights them up and helps them grow.

"Just find anything they can connect with that involves movement," she says. "Any movement is better than no movement."

The original print version of this article was headlined "Beyond Basketball"