Violent Femmes co-founder Brian Ritchie opens up about still selling out shows after all these years, new material and that famous lawsuit 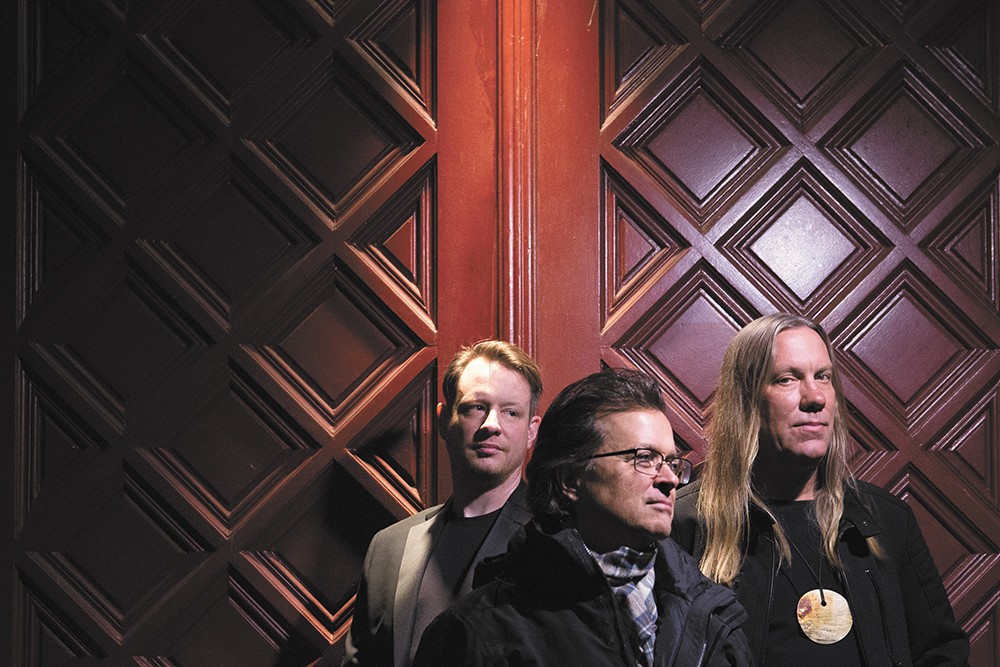 Some bands are late bloomers.

And in 1980, when the Milwaukee three-piece Violent Femmes first formed, not everyone was ready for their doo-wop/folk-infused rock. It wasn't until eight years after their 1983 self-titled debut was released that the record finally went platinum.

Through the past 36 years, there have been breakups — including in 2009, after bassist Brian Ritchie sued frontman Gordon Gano after he sold the advertising rights for their big hit "Blister in the Sun" to Wendy's — a rotating roster of drummers, a new generation of angsty fans and a whole lot of touring, including a mostly sold-out run this year.

This week the band rolls through the Knitting Factory, touting their March release We Can Do Anything, their first album in 16 years. Spokane is a special place for the band, as Gano's parents lived in Spokane Valley for many years and Ritchie has a place in Washington state, although he spends most of his time in Australia.

Ritchie was kind enough to answer our questions via email. Here's what he had to say.

INLANDER: You keep selling out your shows all over the country (including Spokane), after so many years. What is that like, having people show up and care?

RITCHIE: We used to be able to throw darts at a map of the USA and route the tour that way, and expect every show to be sold out. Then we had a strategy of doing only protected gigs, such as festivals or other soft ticket events. Now we're back to the clubs and theatres and selling out everything. We just finished up a 16-date Australian tour that was totally sold out. I don't know what we can attribute this to, unless it's a sense of renewed vitality and a couple of good record releases in the last year. However, we can't be complacent, we have to cultivate our credibility if we can hope for this renaissance to continue. It feels great, and it's always satisfying to see young new faces, who are likely seeing the band for the first time.

Where are you right now?

I just woke up in Las Vegas after arriving here on the bus at 4:30 am last night. Thinking about doing yoga and practicing some shakuhachi [a Japanese flute].

Part of your band's legend is that you were discovered outside a Pretenders show and you were invited by Chrissie Hynde to go out and open for them. Is this all true?

It was summer in Milwaukee, so rather than rehearse indoors we would habitually go out on the street to play. We were playing outside a theater where Pretenders were playing and James Honeyman-Scott was watching us. We didn't recognize him. He went in and brought out the rest of the band. After a few songs Chrissie invited us to open the show that night. About 90 percent of the audience was booing us but by the end it was only 50 percent. Thousands of people have told us they were at that show. We ask if they were the ones booing. It didn't lead to anything, but the Pretenders' confidence in our music boosted our self-esteem.

Do you ever miss those early and wild days?

Gordon and I are not nostalgic by nature. We like what we are doing now better than trying to relive the past. But looking back, the very early days before we joined the real music industry are still my favorite. It was great wandering up and down the street playing for people, house parties and guerrilla shows. Mind you, we did all that because we couldn't get conventional gigs. Club owners thought we were very weird. In 1981 most people did not even think what we were doing was rock music. We would sit in a circle and split the money up after each adventure and we were able to live totally outside conventional structures. That changed when we signed a record deal and started touring. The '80s at the time appeared restrictive to us, but in retrospect there was still a lot of freedom there, which seems to have dissipated now. It's not fashionable to be a starving artist any more. For one thing, everyone needs to own a computer. We couldn't have afforded computers in those days. No designer jeans either!

First album in 16 years? Whoa. What was the writing process like for this?

The songs are a combination of newly written material and some stuff lingering from upwards of 20-25 years ago. In fact, all of our albums are like that. We have never done an album of all new songs.

How did you move on from the whole lawsuit stuff?

Well, Velvet Underground, Talking Heads and the Beatles have all done it, so we're in good company. Difference is we were able to put it behind us. A lot of people have expressed respect for us that we were willing to sort that out.

Are the Horns of Dilemma going to be on hand for the new show? What else can we expect from the set?

Besides [drummer John] Sparrow, we have Blaise Garza on sax, who has been with us since age 14. He was a secondary player for a number of years, but with the passing of the great Steve Mackay (who also played for the Stooges) he has graduated to the main sax role. We think this particular lineup of Violent Femmes and the Horns of Dilemma is the best lineup yet. Lean and mean. ♦