What Grandpa Mudge could tell us about politics today.

My great-grandfather lived a life that Horatio Alger might have used as an anecdote. Shortly after his family moved to Kansas from Michigan, Henry Mudge, at only age 13, signed on with the Santa Fe Railroad as a water boy. From there he moved up the ladder, holding almost every job there was to hold — from telegraph operator, to brakeman, to conductor, to engineer and then into management. He rose to become general manager, a position he held until the Rock Island line hired him as president. From there he moved on to serve as president of the Denver Rio Grand Western.

“Grandpa Mudge” (as my late mother referred to him) ran rail lines built in the American West during the latter half of the 19th century. In a remarkable 1919 speech to the Kansas City Chamber of Commerce, he reminisced about his experiences. During the 19th century, said Mudge, there was much money to be made building railroads over the vast Western public domain. But, he went on, since private enterprise never sees enough profit, the companies skimped on everything: rolling stock, track bed, trestles, labor. By 1919, he told the gathering, everything needed to be rebuilt.

Alas, said Grandpa Mudge, there was no longer enough capital to pull this off. The money to be made had been made. Land grants, building ahead of demand, dime novels that romanticized the West — all that had played out. And now the industry was left to rebuild itself without having the necessary resources.

So what did the future of railroading in America hold?

Right there Mudge dropped his bombshell: While the public wasn’t yet ready to accept public takeover of the railroads, sooner or later, if the country was to have a viable rail system, public takeover was inevitable.

What now seems obvious is that British Petroleum, like the railroads during the 19th century, skimped and shaved to make just one more buck. They played out Grandpa Mudge’s dismal scenario. But, to no surprise, too many politicians still won’t accept that the private sector often doesn’t know what it is doing — or worse yet, doesn’t care. Thus, to these lemmings, the explosion can only be considered a “natural disaster,” no different than Katrina. They take that comparison, and if people buy it, it allows them to further assert that this administration has done even worse than the Bush administration.

Nonsense! Katrina came as no surprise. NOAA had been tracking the hurricane for days, even weeks, as it raged over open water. NOAA did its job. The Deepwater Horizon explosion, to the contrary, came without warning — and on private property. Moreover, unlike this failed, privately owned oil line, the levies in New Orleans had been constructed not by a private firm for profit, but by the government’s Army Corps of Engineers for the City of New Orleans.

Bush was negligent. Obama has thus far been unsuccessful.

That the oil gusher has been hugely underestimated is the fault of BP (which has controlled the news), not the government (which, given it is dealing with a private corporation, must play catch up; unfortunately, that’s how the system works). The government can monitor only what NOAA can pick up from satellites. And the Coast Guard possesses neither the deep-ocean technology nor the manpower to do much more than what it is doing: serve as triage director.

Only a couple of months back, some on the right were yowling about Obama turning America into a socialist country. Now they’re yowling because he isn’t doing enough. Rand Paul went so far as to denounce the President’s criticism of BP as “un-American.”

Ah, no one need worry all that much about creeping, let alone gushing, socialism. Summarily replacing the BP hierarchy with other industry experts (say, from Exxon or Shell) acting under government contract (which is how our own Defense of Defense research and development is done) is maybe not a bad idea, but difficult to pull off. Why? Two reasons come to mind: 1. The 1952 Supreme Court decision, Youngstown Sheet and Tube v. Sawyer, which invalidated Truman’s order to “seize the steel mills” even during time of crisis. The Court ruled that the President must have Congressional authorization; he can’t proceed through executive order.

(Wouldn’t it be interesting to see how the yowlers would deal with such a proposal?) 2. Moreover, were the government to genuinely take charge, the long-term litigation process would become ever-so-much-more complicated. BP would argue that their liability should be limited because, well, because, they would claim, much of the loss came about because they weren’t in control. Both these problems must be viewed in front of our cultural landscape, especially our misplaced trust in the private sector to know what it is doing and to care about consequences. The railroads wanted and got the benefits of land grants (think drilling licenses) and profit-taking from the public domain (think billions) with a minimum of interference from the government (think the Minerals Management Service).

Grandpa Mudge would shake his head at all this and ask: Why is it we Americans, especially when we are putting the commons at risk, learn nothing from the past? 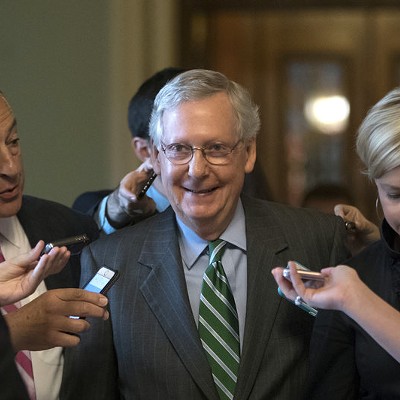