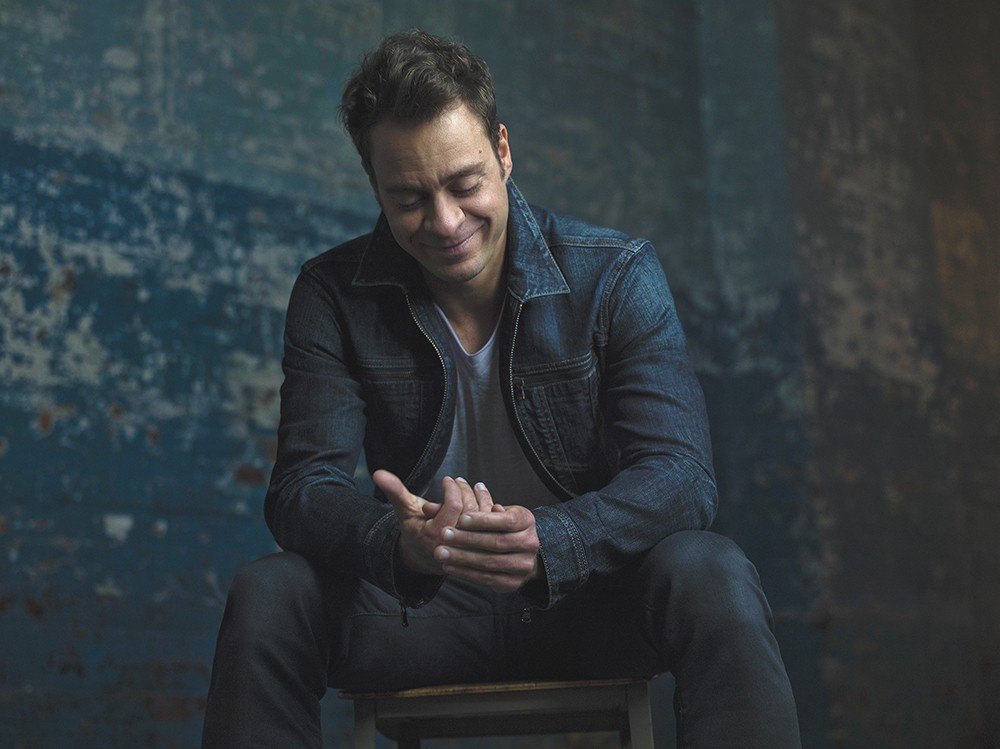 "I feel like a fish that's in the best fish tank in the world,"

singer-songwriter Amos Lee told an adoring crowd at New York City's Radio City Music Hall in September. In other words, life in the spotlight is good for Lee, and he's mighty grateful.

Things could have turned out much differently for the humble, 39-year-old Philadelphian, born Ryan Massaro, who abandoned a brief stint as a grade school teacher for the bigger audiences of concert halls on a tour with future labelmate Norah Jones in 2004. The pairing would prove fruitful and fitting: his lauded self-titled debut on Blue Note Records featured Jones and her band, and earned him a reputation as, perhaps both flatteringly and disparagingly, the "male NoJo."

Blame Lee's currency with the Starbucks set, or his sound — a polished brew of Clear Channel-approved troubadour folk, jazz and blue-eyed soul — for the comparison, however apt, but it's also undeniably a compliment. Where sonically his records revisit a lot of conquered territory (gently strummed acoustic guitar, check; Wurlitzer, check; gospel choir, check), Lee's voice is a distinctly original instrument, at times ambiguous in race and gender. Lyrically, he draws from a deep well of bluesmen and storytellers, but croons more like an heir to the Stax Records vibe pioneered by R&B legends Otis Redding and Bill Withers; even the raspy chanteuse Mavis Staples.

Not bad company for someone who didn't touch a guitar, nor begin to sing in earnest, until college. He followed his muse and was led into a once-unimaginable reality of sold-out stadium shows — opening for the likes of Bob Dylan, Van Morrison, Adele and David Gray to boot — and Billboard-charting hits. Hence, the gratitude.

"There are times when it's not great," he admitted to a Charlotte, North Carolina, alt-weekly as his career took off, "but to have an opportunity to do something you really care about with a bunch of people that care about the music, too? You can't really ask for much more."

Lee's upcoming Spokane stop (which was added after his Seattle and Portland shows sold well) will be a one-off solo acoustic affair reminiscent of his open-mic-night origins. Expect tunes from Lee's new album Spirit, his first without Blue Note's backing, which includes a new palette of sounds and arrangements and is Lee's most pop-inflected and ambitious release.

Fear not, the coffeehouse folkie hasn't abandoned his roots; he knows that the six-string still has the power to captivate. As he noted in a promotional podcast for his sophomore record, Supply and Demand, "When you carry a guitar around, people are a little nicer to ya." ♦