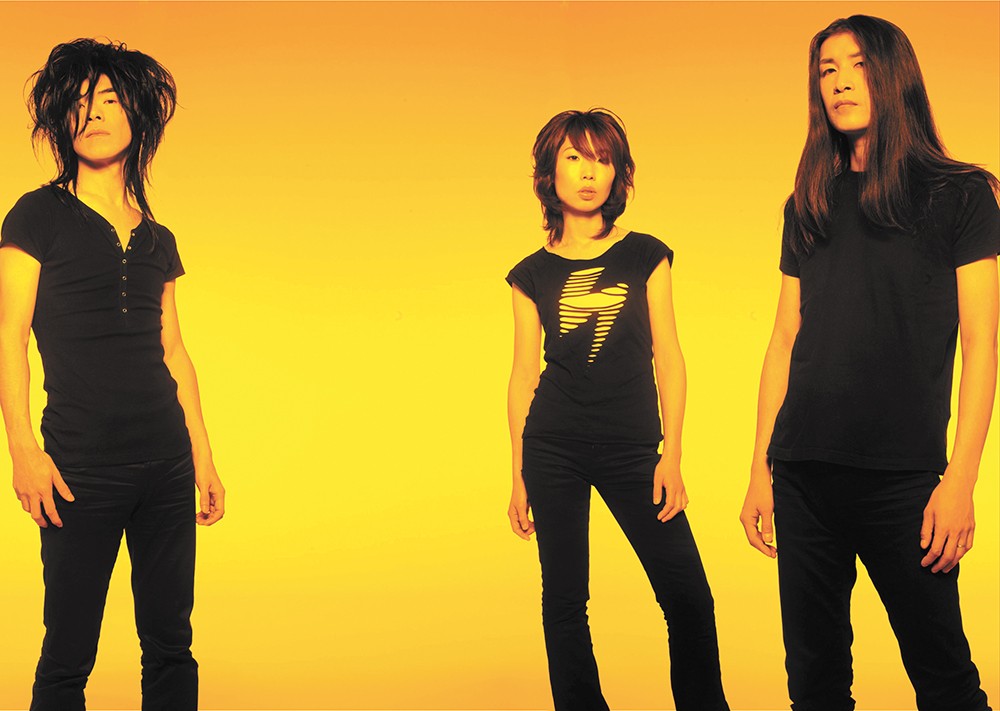 Whenever cult metal act Boris plays live, be sure to bring ear plugs.

It is entirely possible

that when Boris thunders through Spokane and plays at the Big Dipper, it will be the loudest thing that has ever happened in this city.

Boris, a three-piece heralding from Tokyo, can't be tagged with any one genre, especially in their home country; it's most apt to refer to them as "loud." Over the two-plus decades they've been together, Boris have touched on numerous sounds, most leaning towards the direction of slow-burning, feedback-worshiping niches like doom, sludge and drone metal.

Though Boris' members sing in Japanese, they take their name from a song by American doom legends Melvins — one of the best Melvins songs, actually — and play in the tradition of that band's quest for all things heavy. Boris has a wild spirit in a way that few bands do, never spending too much time in one place.

Between 1996 and 2008, they released 14 records, all as sonically rich and adventurous as they were consistently great. The crushing growl of their early darker, slower albums bloomed into a twisted, blistering rush of guitar shreds, hypnotic loops and dream-like synthscapes.

Still, experimentation can be a tricky game. In 2011, Boris released three albums almost simultaneously, all of which covered completely different ground. One of them, an inexplicable sequel to an older record, was a forced attempt to return to some of their simpler riffage. Another was a fairly competent, mostly forgettable exercise in noise-pop. The third, simply called

New Album, was an abysmal mess of an LP. The less said about it, the better.

But 2014 is an excellent time to be a Boris fan. Earlier this year, they released one of the best records of their career, a near-perfect hour of sounds that span their whole career, aptly titled Noise. It's inspired, daring, and pummeling, and hopefully will be representative of their live performance.

Boris has made a career out of being a cult band, allowing them to explore an amount of musical terrain that most bands could never dream of. To hear the full timeline live would be like a reading of an author's personal memoir.

Backed by a solid wall of high-wattage tube amplifiers, expect one thing from the mysterious, shape-shifting figures known as Boris: they'll make you wish you had brought earplugs. ♦