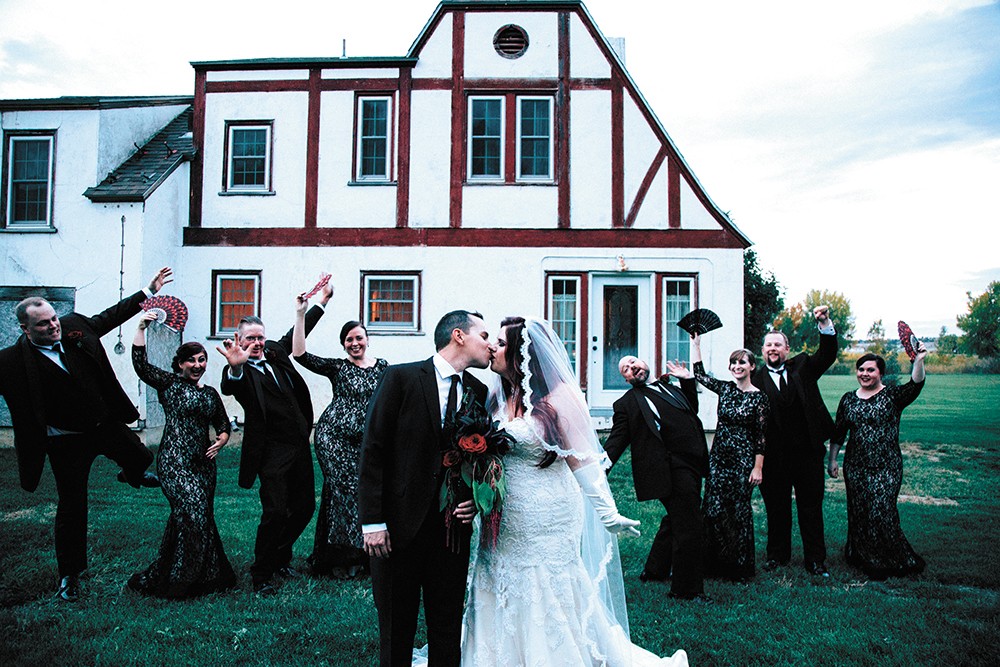 It was 9 pm, just a couple days after Halloween, when a Chevy pickup pulled up in front of her house. It was a man she'd never met, but she was waiting for him. Slightly irritated by the late hour, and unsure of what to expect that night, Morgan climbed inside. The truck sped off to the Moss Mansion in Billings, Montana.

As Morgan recalls, she had been waiting to hear from Tyler all day long. The two had only talked online up to that point. For their first date, Tyler suggested they go to the Moss Mansion's haunted maze.

"We get out, I don't know him all that well at this point. I'm totally peeved," she says. "We're kind of trespassing on the Moss... he takes me to the backyard of their estate, and this haunted house is still up and it's totally vacant of actors."

No guests. No actors. No security. No one, which makes it "way scarier," Morgan says.

"I'm also kind of a thrill seeker. Breaking a few laws is definitely OK with me," she says with a laugh.

After creeping around the deathly silent haunted house, nerves on edge, they see a figure dressed in Victorian-garb, staring down at them from the mansion. Because, of course, you would get murdered by an angry ghost while trespassing at a haunted house. It turns out it was just a mannequin.

"It was a great first date," Morgan says.

Now, the two make the trip to Montana every year for the haunted maze. "We don't trespass though," she says.

Fittingly, Morgan and Tyler were married two years ago in an Addams Family-themed wedding.

"That's just our romance," she says.

Currently living in Spokane, the two still have a passion for the spooky. They spend their free time together listening to horror podcasts, such as Lore and NoSleep Podcast. For Valentine's Day they're going on a zombie-themed scavenger hunt at Riverfront Park. ♦

The original print version of this article was headlined "Scary Love"