It may be about overcoming polio, but the British biopic Breathe is unexpectedly humorous and genuinely inspiring 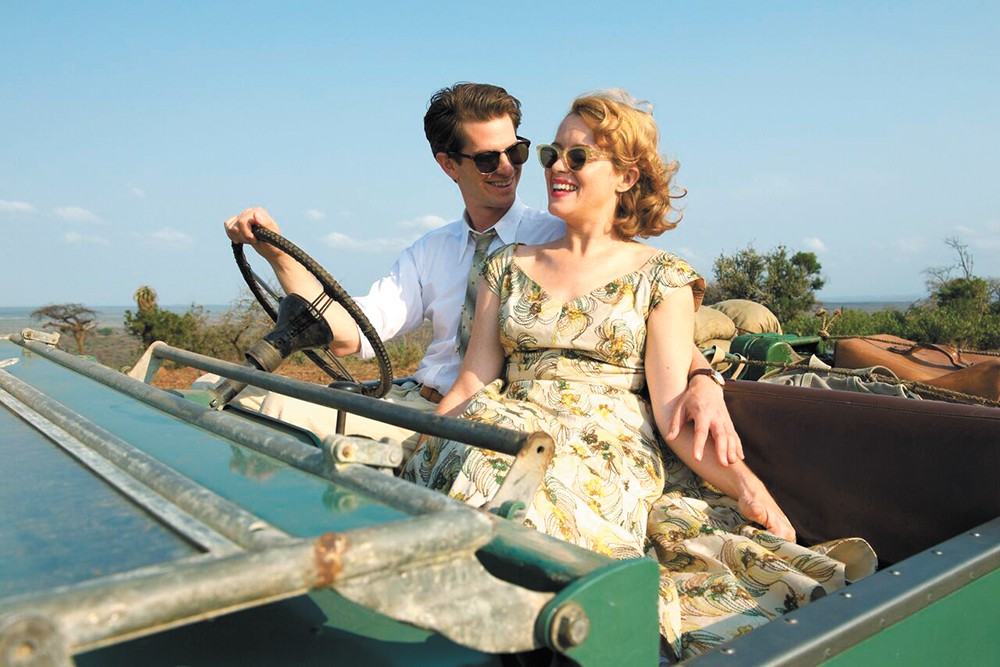 Andrew Garfield and Claire Foy before their lives are torn asunder by polio in Breathe.

"You'll be dead in two weeks,"

growls an unsympathetic doctor to Robin Cavendish, stricken with polio and unable to breathe on his own, as his wife, Diana, springs him from a British hospital. Apparently this was the way things were: Someone like Robin, paralyzed from the neck down and utterly dependent on a respirator, was expected to simply lie in a hospital bed for the rest of his life, presumed to be no more than a few months anyway.

No one in Robin's condition had ever survived outside a hospital before. But no one had ever even tried.

Breathe, then, is an adventure story. It's shaped as a romance, as determined Diana (Claire Foy) dedicates herself to making an actual life for her, her husband and their newborn son, rather than abandoning Robin (Andrew Garfield) to a short, clinically warehoused life. It's also a true story, based on the real lives of the parents of producer Jonathan Cavendish, filmmaking partner of Andy Serkis, who makes his feature directing debut here.

There's a whole bunch of triumph-of-the-human-spirit drama going on here as well. But mostly, Breathe is a tale full of life-and-death peril — and an unexpected amount of cheerful good humor — about what it took to create the sort of accessible world that's really necessary to a human spirit looking to triumph after it takes a beating.

There's an almost timeless feeling to the opening sequences of Breathe, as we're introduced to Robin and Diana during their courtship and newlywed life. It's all lawn parties and cricket in England and then on to dreamy, exotic Kenya, where Robin's work as a tea broker forces them to endure spectacular sunsets, cocktails on the veranda, and biplane expeditions through verdant mountains.

We could almost have time-traveled back to the 1920s or '30s, but it's 1958 when 28-year-old Robin is laid low by polio, and 1960 when they return to England to face the demoralizing reality of disabled life. So recent a time when a previously robust and athletic chap like Robin was told to just forget about having a meaningful quality of life, or any life at all; it seems unfathomable.

"But never mind!" the remarkably exuberant Breathe seems to say. Diana and Robin — with lots of help from Diana's twin brothers (both played by Tom Hollander) — enlist the assistance of their wacky inventor pal Teddy Hall (Hugh Bonneville), who marvels that no one has previously tried to cobble together a wheelchair with a portable, battery-operated respirator, so he'll have to do it himself. Soon, they were going into production with the wheelchairs, as there were lots of other people in the UK alone who could use them.

It's all a bit madcap. Every step along the way of forcing the world open for Robin — such as jury-rigging a van to accommodate his wheelchair, so he is no more stuck at home than he would be in a hospital — throws up stumbling blocks to his comfort and dignity. And Robin and his gang just barrel right over them.

Breathe doesn't pretend that any of the merry paradigm-shifting it depicts was easy — and it was likely quite a bit more harrowing and rife with more setbacks than we see. But its optimism and sense of derring-do is charming and, much more important, genuinely inspiring. The real Robin was a pioneer for the rights and humanity of disabled people, but there's nothing portentous here, and nothing grim about disability, except the cultural approach to it that Robin and Diana challenged.

Breathe is almost (and yet in no way inappropriately) fun. Thanks to Robin's activism, the British press coined a new word — "responaut" — for people reliant on respirators but not letting that stop them from living. The resolute, cheeky intrepidness of that wonderful word is all over this movie. ♦

Breathe is not showing in any theaters in the area.