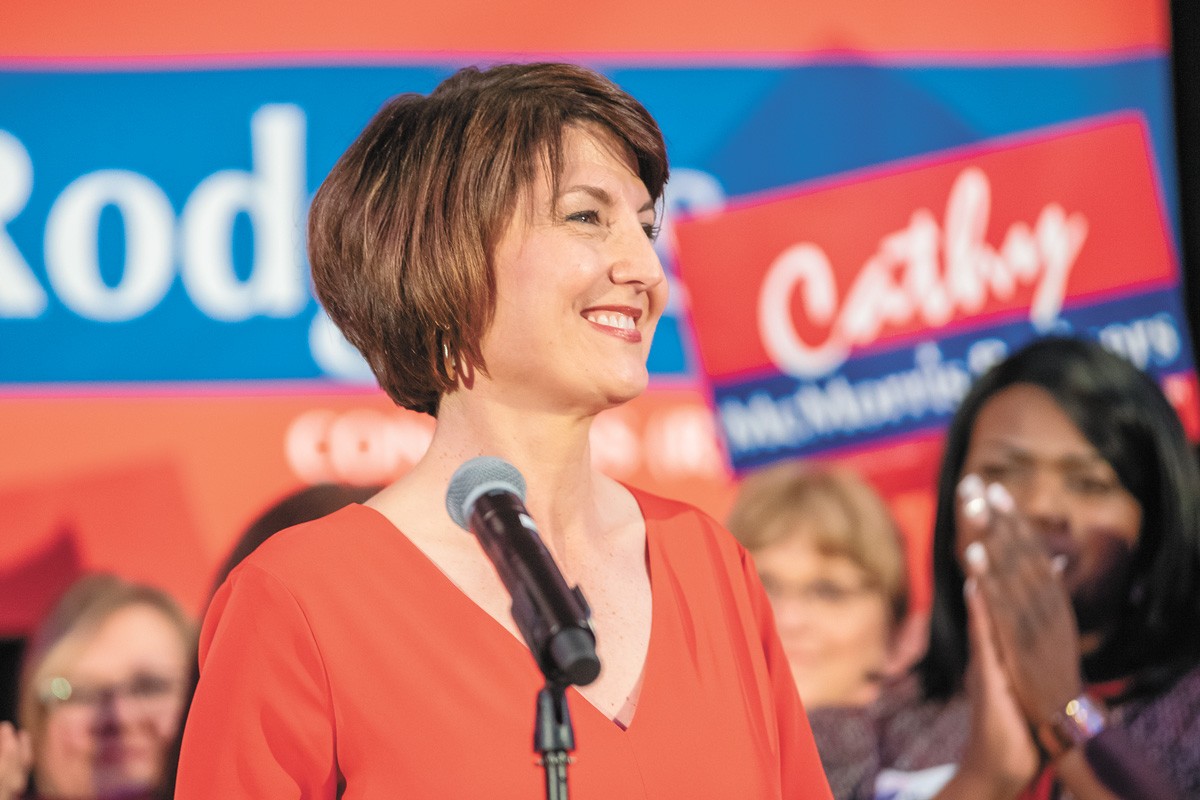 Erick Doxey photo
The author once thought that Cathy McMorris Rodgers was a person of principle. Lately, not so much.

I hope this open letter finds you well. We heard last week that yet another senior Republican member of Congress, Washington's own Dan Newhouse, has tested positive for COVID-19, yet another in a string of documented congressional infections since Congress returned from the election recess.

This COVID thing is truly insidious as it tends to single out legislators from one party while generally passing on the other. Could it be Republicans are somewhat less likely to wear masks and practice social distancing as required of congressional Dems?

But I digress. I am not writing to attack you for your COVID response. Time and the mounting death toll here and nationally will offer all the criticism required.

I am writing today about the election, a subject that I know must concern you. After all, you were President Trump's state campaign chairman.

You and I have talked politics before. You may not remember our first meeting. I was editor of the Spokesman-Review when you first ran for Congress in 2004. You came to the paper's downtown offices for the requisite editorial endorsement interview, something we all took seriously back in the day.

You had held important positions in the Washington House, but still you seemed quite nervous meeting the editorial board, a bit shaky even. Most of us on the board thought your knowledge and understanding of national issues was a bit thin. But you impressed us with your sincerity. You were known as a religious person, a person of strong moral character. And you talked at some length about taking those important personal values to Congress.

You won, of course. This is a safe Republican district, after all, and your opposition has never been able to dent the party's hold.

In subsequent endorsement interviews, as you ran for re-election, your mastery of issues and understanding of internal congressional politics was on clear display. You grew in the office.

But what happened to that strong moral center on which you initially campaigned?

Since 2016, you have been willing to set your moral and ethical values aside to serve the interests of an adulterous, misogynist, racist and, though it may seem trifling to say so, boorish con man. There is nothing about the president that the Rep. McMorris-Rodgers I met those several years ago would tolerate. If he were still a reality-TV charlatan and not president, would you expose your husband and child to this man? Would you host him in your home?

Your support has been transactional, I suppose. You set aside moral and ethical misgivings to win conservative judgeships, to remake the Supreme Court, to weaken government environmental and business regulations, all in keeping with your conservative political principles.

But in your private time, do you ever wonder if in some way you sold your soul to the devil — if you'll pardon the religious reference — or at least to some sort of secular devil in a blue suit and overlong red tie?

When we last met, for coffee at the Davenport shortly after I left the Spokesman, you spoke of the enormous responsibility you felt representing our district and how you believed people representing the widest range of views should be represented in your office.

But now the rubber has met your road.

The president you have served is trying to steal the fairly won election of his Democratic opponent. You know this because you know elections. You understand as well as anyone how elections work, how ballots are counted and — you surely know this — how rarely we see election fraud of any kind.

You knew the president was falsely claiming fraud before the elections, and you can see his doubling down on his outrageous lies afterward. Furthermore, you must see the president's efforts to persuade battleground state legislatures to elect Trump-friendly electors to replace those representing the legitimate winner as nothing short of a coup. It must not surprise you that most of the voters who would be disenfranchised under this strategy are Black.

What outrageous actions will it take, Rep. McMorris-Rodgers, before you live up to the values you once championed? When will you call him out?

Your seat is safe, even from the anger of a man who, assuming the rule of law wins out, will be gone from the White House in two months. You can finally speak your mind.

The experts, and history for that matter, tell us the president is not likely to prevail in the substitute elector strategy. But what comes next? He now has total control of the Pentagon having placed in positions of authority some of his most outrageous, conspiracy-prone sycophants. Same with the Department of Homeland Security. He just fired his own election security chief who said publicly there was no widespread election fraud.

Will it take the president mounting a military coup built on a last-minute declaration of martial law before you say something? Do you think I am alarmist for suggesting as much? Do not listen to me if it makes you uncomfortable. Listen to the nonpartisan commission on election integrity, which has war-gamed that precise scenario.

I would like to think you and other Republican lawmakers would balk at a banana-republic style coup. But I am not confident. Your transactional support for this tin-pot demagogue has not wilted in the post-election environment. Keeping Trump in office indefinitely through illicit means is sure to give your party time to further pack the courts, weaken regulatory standards and forestall action to fight climate change. And I almost forgot, more time to let the COVID pandemic sweep through the population as you hope for that mythical herd immunity.

Rep. McMorris-Rodgers, I once thought of you as a person of principle, of strong ethical and moral values. And I came to see you as smart and informed.

If there was ever a time to demonstrate those qualities, it is now. Coming from you, a statement accepting the election outcome and decrying illicit efforts to overturn it would mean a great deal.

Now Congresswoman. And if not now, when? ♦

Steven A. Smith is a former editor of the Spokesman-Review. He is now clinical associate professor emeritus in the School of Journalism and Mass Media at the University of Idaho, having retired from full-time teaching at the end of May 2020.

The original print version of this article was headlined "Congresswoman, It's Time to Speak Up"