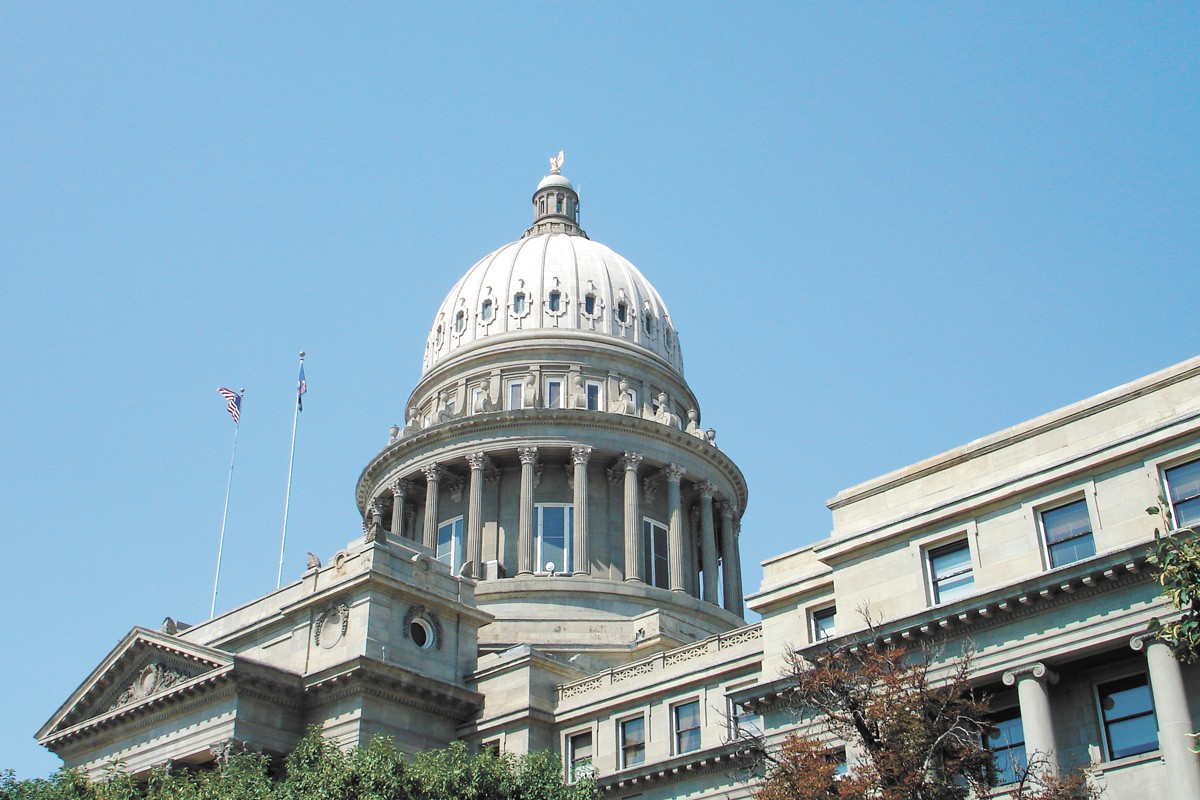 A year ago this month, IDAHO STATE SEN. DAVID NELSON of Moscow — a rare Idaho Democrat — delivered a warning from the floor of the Boise Capitol.

"If we continue meeting in this building, we risk sending home legislators all over the state that might be infected and could infect entire communities," Nelson said. "I will not put my family, neighbors and community at risk."

But when it came time for the 2021 legislative session, Idaho legislators once again met in-person at the Capitol. Now, Nelson's fears appear to have been realized.

There's been an outbreak, one bad enough to shutter the Legislature for a few weeks.

"I'm shocked it's taken this long, to be honest," Nelson says.

Last Friday, the Legislature voted to put the session on pause until April 6.

"You know, I just wish we could have not made this a political issue," Nelson says. "We could have treated it seriously."

Among Republicans, he says, not wearing a mask almost became a badge of honor.

"The Republicans are appeasing their base who don't believe in mask mandates, who almost don't believe in COVID," Nelson says. "Wearing a mask has become a mark that you're a Democrat: 'Only Democrats wear masks.' It's really hard to legislate if most of the body isn't wearing a mask."

Even after the outbreak, Idaho Speaker of the House Scott Bedke told reporters on a video conference call last week that while they would look at safety protocols when they return, they would "stop short" of mandating masks.

BACK TO HIS ROOTS

In 2010, BECK TAYLOR left his old job as a dean at Samford University and took over as Whitworth University president. He said then that he hoped to be in Spokane for "a long, long time," because it's important that universities like Whitworth have steady leadership.


Eleven years later, Taylor has announced he is leaving Whitworth. He's going back to Samford, in Birmingham, Alabama, to become president there. Taylor tells the Inlander that he's proud of the work accomplished at Whitworth during his tenure, but he didn't want to pass up the opportunity to go back and work in a community that he's "quite familiar with."

"I felt it was an opportunity to return to something familiar, to be back in a part of the country that is close to family," Taylor says. 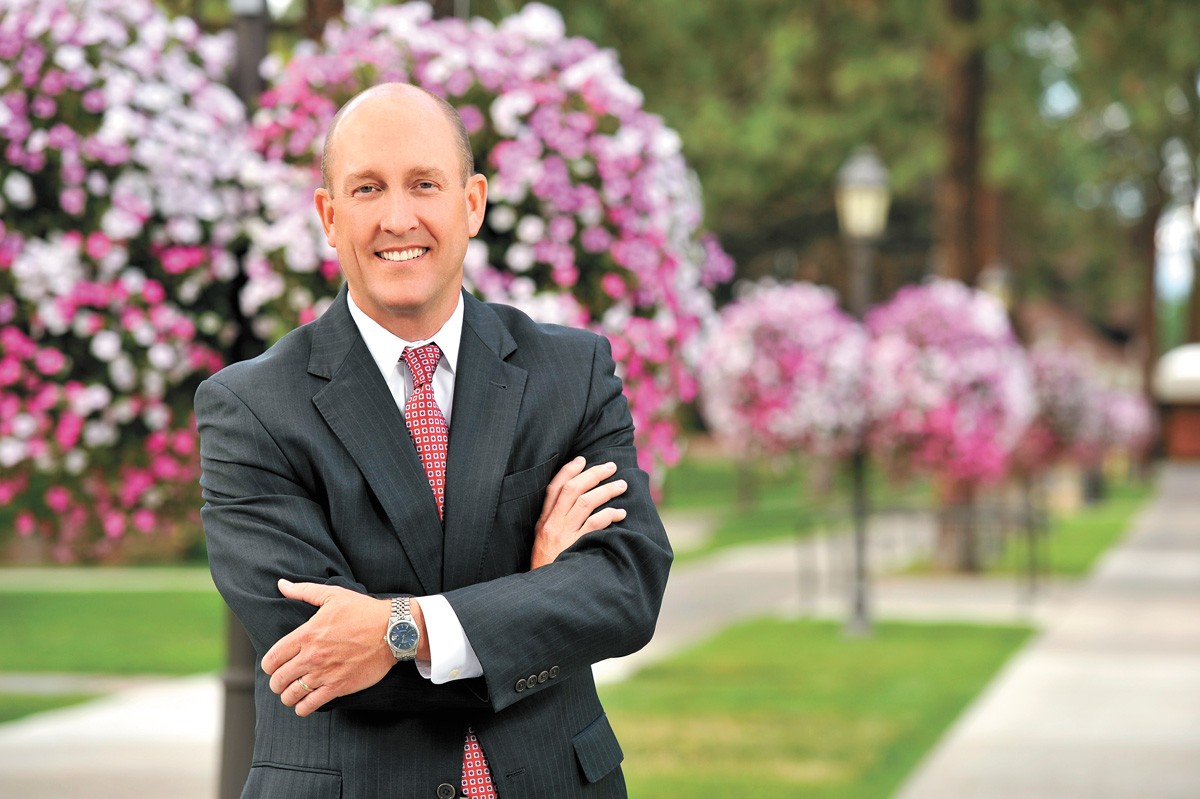 Taylor led Whitworth through a period of increased student activism — both at Whitworth and campuses across the country. Taylor says he always tried to support student voices. In 2014, he participated in a "die-in," laying on the ground with students and faculty to bring awareness to racial inequality.

"I think students go to college expecting to learn more about themselves and the world around them and the things they're most passionate about," Taylor says. "I've always supported students finding a voice about those things and effecting change in the world they want to see."

In a statement, Brian Kirkpatrick, chair of Whitworth's board of trustees, praised Taylor for leading the university "during a dynamic period of growth and challenge."

"Beck has faithfully and diligently navigated the disruptions caused by the worldwide pandemic. His stewardship and forward-focused leadership during these times is a testimony to his deep, abiding faith in Christ and his gifts as a thoughtful and vibrant leader."

Whitworth decided last fall to open the campus for in-person classes, which was a controversial choice during the pandemic. Cases on campus remained low through 2020, before a spike in cases in January and February.

Taylor's last day at Whitworth will be May 31. He will start at Samford on July 1. Whitworth has chosen Scott McQuilkin, who has been vice president for institutional advancement since 2009, to serve as interim president starting June 1.

Taylor tells the Inlander that Whitworth's best days are ahead.

"I am very optimistic about the trajectory of the university," Taylor says. "I'm quite confident that the board of trustees will be able to search for another president that will support the Christian mission, as well as the integration of faith and learning." (WC)

Washington-based PLANNED PARENTHOOD CLINICS and other family planning providers face an uphill battle as they push to be reimbursed at realistic rates for Medicaid patients.


Federal Medicaid funds are passed down to providers through states, which also pay into their local systems with matching money.

The Planned Parenthood affiliate in Western Washington has had to shutter three clinics so far this year due to budget issues, including less-than-adequate pay from the system.

Currently, Washington's Medicaid rates lag significantly behind Idaho, Oregon and Alaska when it comes to reimbursements for family planning office visits and services. A family planning annual visit for a new patient in Washington is reimbursed at $94.80, compared with $134.65 in Idaho. Meanwhile a new patient office visit in Washington is reimbursed at $40.93, which is $15 to $17 less than in Idaho and Oregon — and $71 less than Alaska.

In fact, safety net family planning providers in Washington are losing on average $167 per Medicaid patient that walks through their doors, says Paul Dillon, spokesman for Planned Parenthood of Greater Washington and North Idaho, which has 11 clinics in Central and Eastern Washington. For years, providers have asked for higher reimbursement rates, knowing the losses couldn't continue, but the Legislature hasn't raised rates in about a decade.

In the Spokane area, Medicaid patients make up about 44 percent of Planned Parenthood's clients, meaning the budget impacts are happening here, too.

"We're home to more rural areas where there's a lack of providers and long distance travel creates huge barriers to care," Dillon says. "Our patients in a lot of these communities are mostly BIPOC, and almost half our patients are on Medicaid."

There's some hope help could be on the way, as Gov. Jay Inslee included $5.2 million for family planning care in his proposed 2021-23 operating budget, which secures $10.9 million in matching federal funds. No federal dollars may be spent on abortion care services, but the matching money can go toward the broad suite of other services provided, including STI screening and treatment, birth control, cancer screenings, vasectomies and more.

Planned Parenthood and other family planning providers hope to see the Legislature include that funding proposal in the final budget they pass before the current session ends.

"The impact would be significant without this investment," Dillon says. "We would see thousands of patients losing access to care in Central and Eastern Washington."

Dillon points out that Washington has long been a leader in women's rights and family planning rights, including when in 1970 the state became the first in the country to legalize abortion by a vote of the people (before Roe v. Wade). But, he says, if that right isn't provided for those with the least ability to pay for it (e.g., the low-income people who qualify for Medicaid), then it could create disparities.

"A right isn't a right unless you can access it," Dillon says. "Circling back to access and the importance of finances, family planning could become a right in name only for those who can't afford it." (SW)

In the last few weeks, the drumbeat of calls, text messages and emails into the Spokane Tenants Union have centered on one question: Is Washington Gov. Jay Inslee's going to extend the state's EVICTION MORATORIUM?


That question, says Tenants Union director Terri Anderson, came both from vulnerable tenants and the social service agencies and caseworkers trying to help them stay housed.

With COVID-19 spreading across the state last March, Inslee passed an order banning landlords from evicting their tenants — or hiking rent — for all but a few narrow reasons.

But as unpaid rent piled up, tenant advocates like Anderson were bracing for the scheduled end of the moratorium on March 31, and fearing a tsunami of evictions shortly after.

"We were seriously looking at the bottom falling out, thousands of people losing their homes," Anderson says. "The outlook was looking pretty scary."

But last week, Inslee announced an extension of the eviction moratorium until June 30.

"We are acting in good faith for a lot of people who we know would be in very dire situations without this moratorium," Inslee said in his announcement.

He noted that $504 million in state and federal rental assistance funds were already being disbursed as well as hundreds of millions of dollars more from Biden's recent massive stimulus bill.

"Help seems to be on the way," Anderson says. "It doesn't seem to be as hopeless."

Sen. Patty Kuderer, D-Bellevue, says that the extensions give Washington state Democratic legislators more time to pass housing bills intended to protect tenants after the moratorium is done. Her bill would require landlords to negotiate and mediate with tenants before an eviction, while another likely-to-pass bill would require a "just cause" for an eviction.

Steve Corker, president of the Landlord Association of the Inland Northwest, is sympathetic for the need for the moratorium.

"Quite frankly it needed to go on until the pandemic is under control," says Corker. But he's worried that, as the moratorium has put pressure on small landlords who struggle if even one or two tenants aren't paying rent, Spokane County will continue to lose low-income housing.

Corker says he's seen an "unbelievable amount of sales of duplex and single-family home rentals," and about half of them are turned into owner-occupied housing. Extrapolating from a recent survey of Landlord Association members, he estimates Spokane has lost about 100 to 150 rental homes this way.

"If the moratorium is lifted and you have evictions, there's no place for them to go," Corker says. "There's no low-income housing." (DW) ♦