You'll recognize the arc of this party film. You'll also recognize yourself laughing. 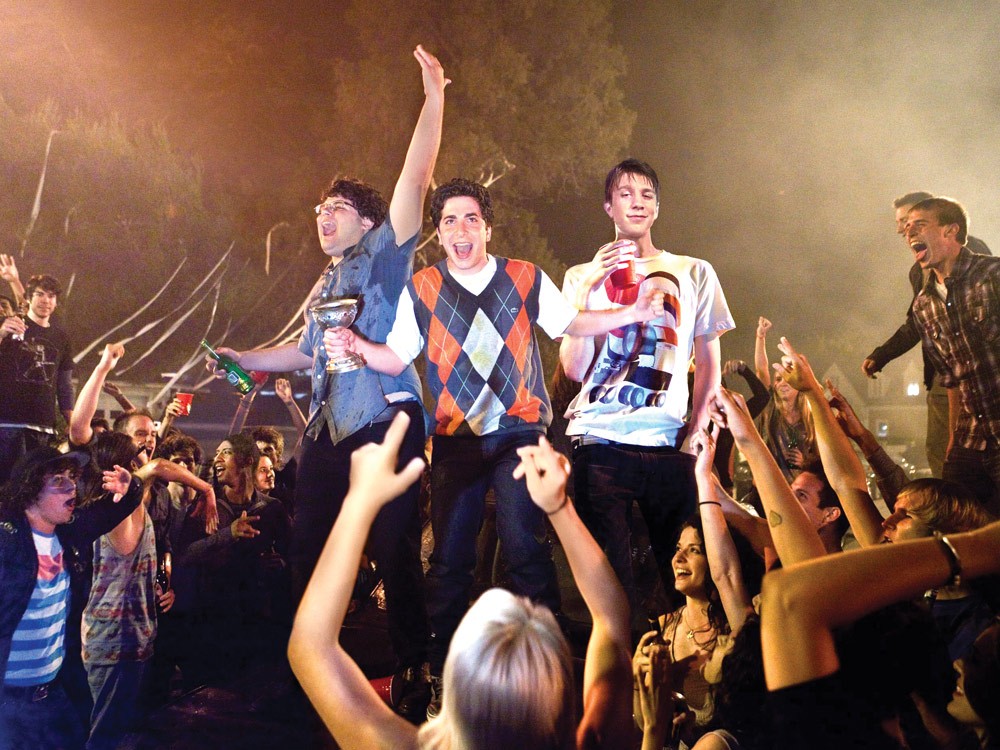 Project X is one of those rare film treats that has no right to be as much fun as it is. It is instantly forgettable when it’s over, but while it’s playing, there are plenty of laughs to be shared in a crowded cinema.

And though it’s aimed squarely at a currently-in-high-school audience, anyone who ever went to high school can appreciate it — especially if they were, or thought they were, party animals.

Falling under the shaky-cam sub-genre (everything is seen through the lens of one camera that follows all of the action), we’re

invited, along with seemingly the entire high-school population of North Pasadena, to a 17th birthday party for Thomas (Thomas Mann), whose parents are going away for the weekend, leaving their nice suburban home ripe for a get-together of young folks.

“Please keep it to 4 or 5 friends,” says his dad before driving off, truly believing that his son is a nice kid but a loser. No one would ever come to one of his parties.

But Dad didn’t count on Thomas’ pal Costa (Oliver Cooper) taking charge, or his text invites going viral. Costa is a crude guy who thinks he’s hip and funny. He’s also desperate, and knows that he and Thomas and their pal J.B. (Jonathan Daniel Brown) really are losers, and will never have a chance at being popular, unless the party is a hit.

Costa plans well, hoping for an overflow crowd. But when party time rolls around, only one person shows — Thomas’ longtime platonic pal Kirby (Kirby Blanton). Then a couple of cars pull up, then a few more, then a small bus.

This is a story of things getting out of control early on, then spinning into utter pandemonium.

First-time director Nima Nourizadeh manages to keep tight control of the situation, nicely balancing the party’s drugs, drinking, debauchery and destruction with the character development of the three main friends.

The film comes in at a zippy 88 minutes, and there are very few slow spots. It has energy to spare, just like its cast of wildly partying teenagers. It’s kind of a thrill to hear lines like “There’s a midget in the oven!” or see cops pull up, late in the loud night, just as some “outside interference” exacerbates problems that are already going full tilt.

I confess: I like these kids. I want to be at their party.