Sing is a delightful and deep animated tale 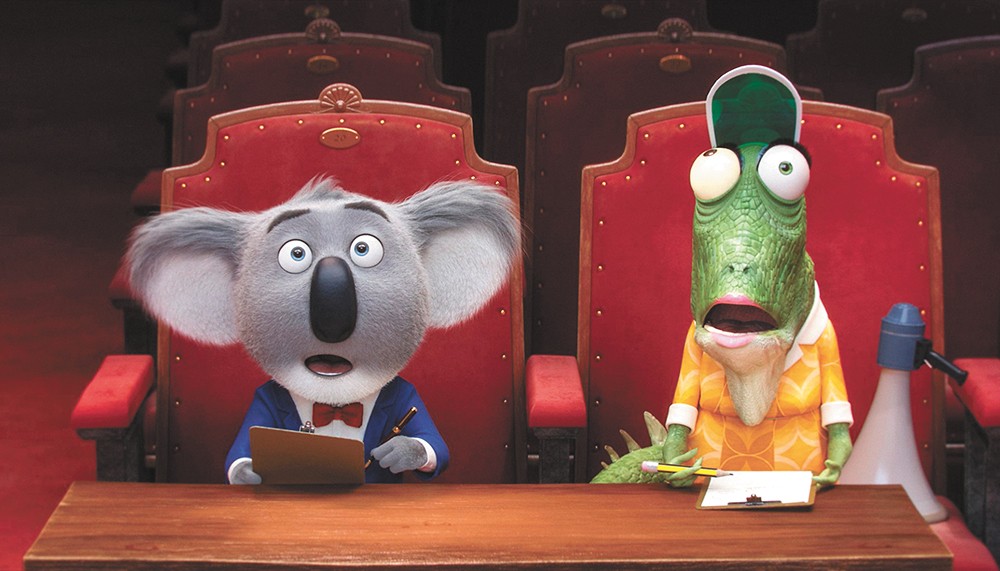 Sing brings a whole town of animals together through song.

Since the comparison is inevitable, let's get this out of the way right now:

Yes, Sing — from Illumination, the animation studio which gave us the Despicable Me movies and The Secret Life of Pets, among others — bears a lot of similarities to Disney's Zootopia. Both are set in human-free worlds in which many species of anthropomorphized animals live together in relative harmony. But that's about the extent of it. The two movies are very different in tone and humor and drama and intent. They're not really much more similar than any two movies in which all the characters are homo sapiens.

You shouldn't miss this one: Sing is a total delight: smart, sweet, gently funny. This could well be a movie produced in the city of Zootopia; its Pitch Perfect, perhaps. It's the tale of theatrical impresario Buster Moon, a koala, who in a last-ditch attempt to save his grand but failing theater decides to put on a voice-talent show, open to anyone. (Sing's music might even get human kids interested in classic pop standards à la Irving Berlin and Frank Sinatra. There's tons of modern pop here, too.)

One of the chief, and most unexpected, pleasures of Sing is Matthew McConaughey, who is wonderfully exuberant as the voice of Buster. More than any other cartoon voice performance that springs to mind — with the exception of Jason Bateman as Nick the fox in Zootopia — his creates an alchemy with the animation that brings the character to spectacularly vivid and utterly charming life. (John C. Reilly as the voice of Eddie, Buster's sheep best friend, is a close second.) I don't mean to imply that there's a single voice performance here that isn't terrific, but there's an extra spark of magic in McConaughey's.

As is probably inevitable in a story populated by animals of all sizes, shapes and colors, the notion that people (as these animals most definitely are) are perfectly capable of getting along just fine with other people who look different — sometimes very different — is inherent in the tale. But that goes unspoken here, unlike in Zootopia, and instead there's a strong running motif of people needing to feel useful, accepted for their talents, and not taken for granted.

Rather than Zootopia, Sing might bear a stronger resemblance, at least thematically, to writer and co-director Garth Jennings' Son of Rambow, his 2007 comedy about a couple of preteen boys who make a First Blood-inspired home movie. For if Sing is about anything other than animals dressed up in people clothes and walking on their hind legs for our amusement, it is this: talent can be found everywhere, and often needs only a confidence boost and the right opportunity to express itself. That's a nice, important message for kids. And for grown-ups, too. ♦

Sing is not showing in any theaters in the area.