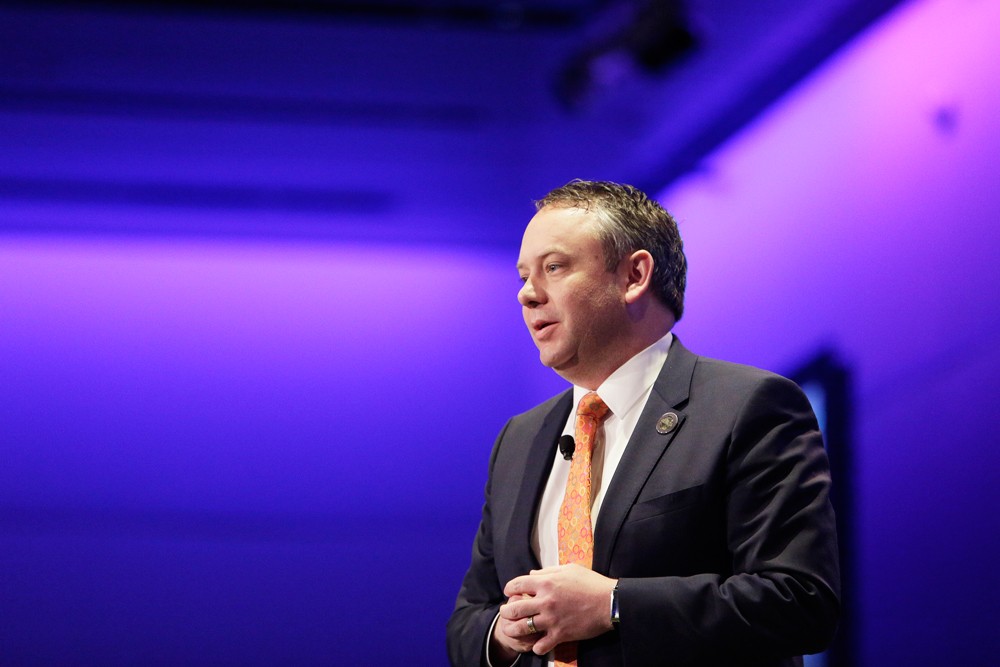 Young Kwak
Mayor David Condon's administration was hit with another lawsuit related to the Straub scandal.

For more than a year, the city has weathered the fallout from the transfer of former police spokeswoman Monique Cotton to the Parks Department after she approached Mayor DAVID CONDON with allegations of sexual harassment by then-police Chief Frank Straub.

Now, after Straub's lawsuit was dismissed, the city has been hit with another lawsuit.

Former parks spokeswoman Nancy Goodspeed alleges that, while on medical leave for brain surgery for her Parkinson's disease, she'd effectively been replaced by Cotton. When Goodspeed returned, according to her lawyer, the city refused to allow her to return to full-time work or her previous duties.

"Under the law she's entitled to be returned to her position and her duties," says Goodspeed's attorney, Kevin Roberts.

Roberts accuses the city not only of discrimination, but of violating Goodspeed's medical privacy by requiring her to submit to "fitness for duty" exams.

He also accuses Condon of violating Goodspeed's right to privacy by stating publicly that Goodspeed had a "chronic medical condition."

"They thought that Nancy was an easy target," says Roberts.

Ultimately, both Cotton and Goodspeed resigned. The lawsuit names the city as a defendant, as well as Condon, City Administrator Theresa Sanders, outgoing Human Resources Director Heather Lowe and Occupational Medicine Associates, which conducts the exams.

Roberts says that the timing of the lawsuit was not related to the release of the Straub investigation last month. Instead, he had to wait 180 days for the Equal Employment Opportunity Commission to pass on filing its own lawsuit. Roberts says a city attorney recently offered Goodspeed a $45,000 settlement, but he rejected that as insultingly low. (DANIEL WALTERS)

The Department of Social and Health Services has reached a settlement agreement with former MENTAL HEALTH patients that plaintiffs hope will foster quicker and more effective recovery for those confined in the state's psychiatric hospitals. The agreement stems from a case originally brought to the attention of attorneys by the Inlander in 2014.

Back then, Ketema Ross, one of six plaintiffs in the lawsuit, was locked away in Eastern State Hospital after he was found not guilty of burglary charges by reason of insanity. He committed the alleged crime while in the throes of a mental illness episode.

Ross was confined to Eastern for a total of seven years — six of those, he says, were spent in a constant "chess match" with staff as he struggled to maintain his sanity and dignity as a human being. He says he maxed out on his treatment after a year, but was not permitted to leave, in part, because of recently enacted hospital policies and state laws. Even a walk outside, often therapeutic and recommended by doctors as treatment, required a judge's approval.

These and other restrictions on how and when patients could leave hospital grounds undermined clinicians' authority, hindered recovery, and violated patients' constitutional rights, the suit alleged.

"These hospitals have two major roles: protect the public and help patients recover and get back into society," says Spokane attorney Andrew Biviano, one of the lead attorneys in the case.

Biviano says public safety became a much bigger concern. The task of helping patients became much more difficult, and some patients who had recovered were essentially warehoused as a result of legal obstacles preventing their release.

The settlement provides for a more streamlined process for granting permission to temporarily leave the hospitals, among other modifications.

"This will hopefully stop the logjam," Biviano says of the backlog of inmates waiting for beds in the two hospitals. "No system will ever work until we start working with a mindset that we need to treat people, not warehouse them."

Ross, now 38 and engaged to be married, says the terms of the settlement are beyond what he could have hoped for. "This is about the people who are still there and who, if things go according to plan, will give people a greater hope of recovery," says Ross. (MITCH RYALS)

This article has been updated to clarify a statement by one of the attorneys involved in the lawsuit.