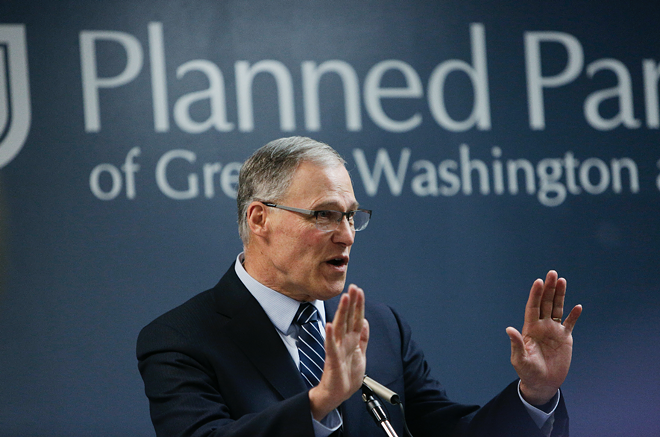 Young Kwak photo
Washington is among the states fighting implementation of a Trump administration change to Title X family planning funding. A Ninth Circuit Court of Appeals panel has ruled the rule can take effect while court battles play out, as it's likely the federal government will prevail.

While court battles play out, an appeals court has ruled that a so-called Title X "gag rule" can take effect, preventing doctors who receive the federal family planning funding from talking about abortion as an option in the event of pregnancy or from referring patients to an abortion provider.

The change to Title X was put forward by the Trump administration last year, and was supposed to take effect in March, but was blocked when courts in California, Oregon and Washington issued injunctions while challenges could be heard.

But as of this week, the rule change will be allowed to take effect after a ruling was issued Thursday, June 20, by a panel out of the Ninth Circuit Court of Appeals. Unlike the lower courts, the appeals court panel held that because the administration was likely to prevail, the injunctions shouldn't stand and the change should be allowed to take effect.

Nearly 90 percent of Washington state's more than 91,000 Title X clients are served by providers or clinics that also provide abortion with non-Title X money, and many of them could lose access to service with the rule taking effect.

"Title X helps millions of people struggling to make ends meet — the majority of whom are people of color, Hispanic, or Latinx — have access birth control, cancer screenings, STI testing, and other essential reproductive health care," Planned Parenthood of Greater Washington and North Idaho (PPGWNI) said in a statement Thursday. "Just yesterday, the House of Representatives passed a spending package that would block the gag rule from being implemented because it’s dangerous, it’s unethical, and it’s illegal — and now the Senate must act. Trump’s gag rule makes it illegal for health care providers in the Title X program to refer patients for abortion, and also blocks access to care at Planned Parenthood by imposing cost-prohibitive and unnecessary 'physical separation' requirements."

But the appeals panel appears to believe that there's a strong chance the administration will win. This week's ruling cites a similar 1988 interpretation of Title X that was used by the Reagan administration and upheld as legal by a 1991 Supreme Court ruling.

"We conclude that the government is likely to prevail on its challenge to the district courts’ preliminary injunctions based on their findings that the Final Rule is likely invalid as both contrary to law and arbitrary and capricious under [federal law]," the opinion states.

While the underlying law creating Title X hasn't changed, the plaintiffs fighting against the Trump administration's interpretation have argued that two newer provisions make it illegal, one under the Affordable Care Act and another "appropriations rider" specifically calling for nondirective pregnancy counseling.

But the appeals court panel disagreed that that's enough to win in the long run.

"Absent a stay, [Health and Human Services] will be forced to allow taxpayer dollars to be spent in a manner that it has concluded violates the law, as well as the government’s important policy interest (recognized by Congress in § 1008) in ensuring that taxpayer dollars do not go to fund or subsidize abortions," the opinion states.

Comparatively, the panel continues, the plaintiffs' harms would be "minor" despite their expectation that the rule change could effectively shutter many Title X family planning providers.

"While some Title X grantees will certainly incur financial costs associated with complying with the Final Rule if the preliminary injunctions are stayed, we think that harm is minor relative to the harms to the government described above," the opinion states.

Around the country, Planned Parenthood serves 41 percent (1.6 million) of the 4 million people who rely on Title X health centers, according to the PPGWNI release.

"The rule has been met with widespread opposition by American people, the medical community, lawmakers and public health experts. There is strong consensus that this is unethical and would harm patients," PPGWNI states. "This fight is far from over as we work on next steps in Congress while seeking further emergency relief from the Ninth Circuit."

While Planned Parenthood seeks immediate emergency relief from the Ninth Circuit, it's important to note that clinics will remain open, says Paul Dillon, a spokesman for PPGWNI.

"We’re looking at our operations and we are definitely going to continue care for patients while we are seeking emergency relief from the Ninth Circuit Court of Appeals," Dillon says. "We’re going to refuse to withhold information from our patients and believe they should be able to make decisions about what is best for their lives and their health and their families."