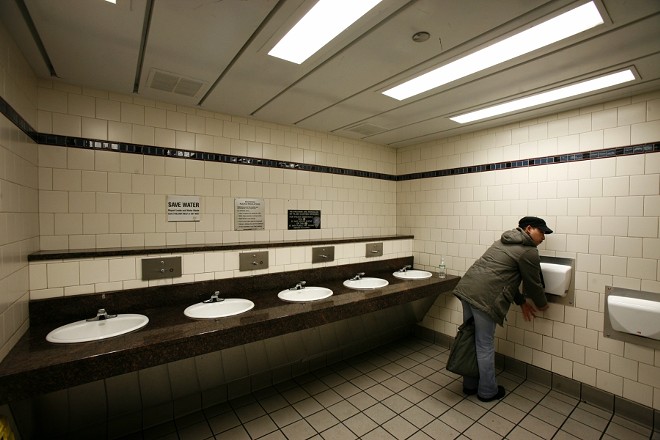 Gabriele Stabile/The New York Times
A hand dryer in use in a bathroom in New York, Jan. 12, 2008. Whether hand dryers spread pathogens is a matter of dispute among scientists.


The assignment from Nichole Ward’s microbiology professor was simple: Choose a location, open a petri dish for three minutes and observe what grew over the next two days.


No one’s sample came back clean — a foregone conclusion given that a petri dish opened in any nonsterile room will collect microbes from the air. But when Ward returned to class with a dish that she had put in an enclosed Dyson hand dryer in a women’s restroom, the colonies of fungi and bacteria that had grown in it outstripped anything her classmates had found in their chosen locations.

“Mine just had so much more mass in the fungal growth,” she said.

Without further testing, which the class did not do, it is impossible to say whether the organisms in Ward’s petri dish were harmful to humans.

Dyson, the manufacturer of the hand dryer she used, said in a statement to ABC that it was “very surprised to see these results, and unclear on the methodology employed.”

Whether hand dryers do, in fact, spread pathogens is a matter of dispute among scientists.

“The hot air will kill the bacteria on the hands, but some studies have found they will also deposit bacteria in the restroom on your hands — i.e., from the air,” said Charles P. Gerba, a microbiologist at the University of Arizona.

A study published in 2016 in The Journal of Applied Microbiology found that jet air dryers — high-powered machines like the one Ward used — contaminated the surrounding area with 1,300 times as many viral particles as a paper towel would. Standard hand dryers — those that simply blow warm air — spread far fewer particles, but still 60 times as many as a paper towel.

One of the few independently funded studies on the subject, published by the Mayo Clinic in 2000, found no statistically significant hygienic difference between dryers and paper towels.