It may have raked in billions, but the Pirates of the Caribbean franchise has run aground 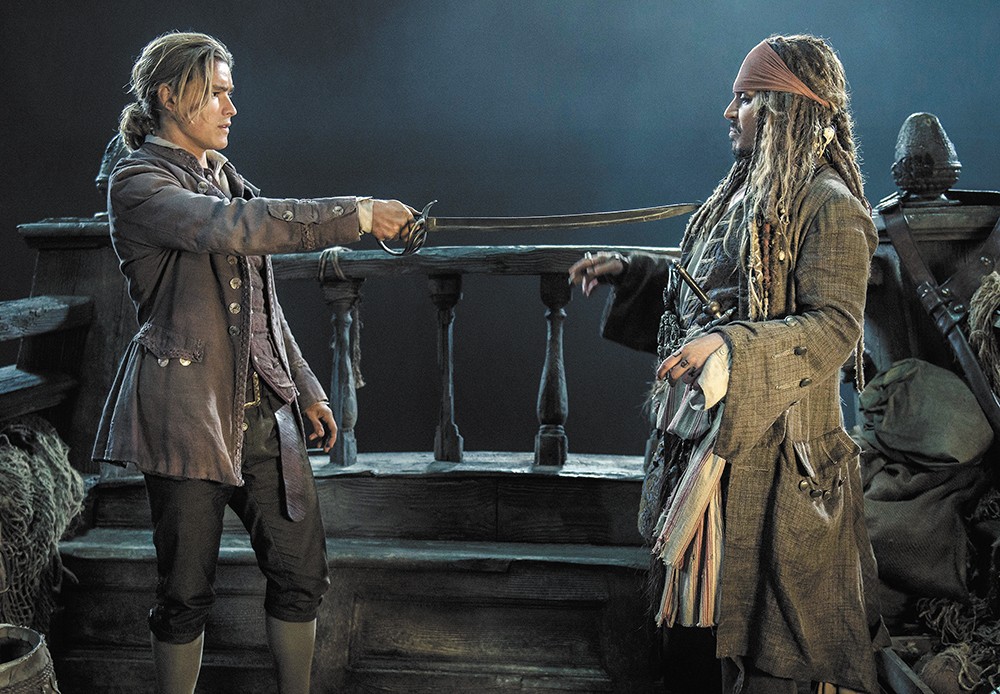 Time for this series to walk the plank.

This amusement park ride has gone on long enough.

I adored the original Pirates of the Caribbean trilogy. They were smart, fun popcorn flicks that worked as clever updates on the classic Hollywood swashbuckler films. I tolerated 2011's On Stranger Tides, the series' fourth entry, because it still had hints of what made the original trilogy great.

No such luck here. With this, the uncalled-for fifth chapter in the franchise, Pirates has officially outstayed its welcome. Dead Men Tell No Tales is a cacophony of CGI spectacle that assails the senses, but forgets to give us a reason to care about the people caught in the middle of it. It is pandemonium, and incredibly boring. It is full of the supernatural, but it has no magic.

Dead Men Tell No Tales does avoid one of the signature problems of blockbusters of recent vintage, in that so few of them seem interested in crafting something new for our eyes to behold. A lot of the action we witness here isn't like anything we've seen before, yet almost none of it actually entertains, like a joke with a great setup and an unfunny punch line. One early sequence involves a bank robbery by Jack Sparrow (Johnny Depp) and his crew that goes very wrong, and it should be absolutely hilarious. But it falls completely flat. It's loud and kinetic and crashy, but it has no pizzazz whatsoever. Directors Joachim Rønning and Espen Sandberg aren't only new to the Pirates series, they're new to big-budget FX extravaganzas, and it shows.

But lackluster action takes a backseat, problem-wise, to lackluster characters. One big flaw of On Stranger Tides was that Jack Sparrow was missing the Bones and Spock to his Captain Kirk, which he'd previously had in Orlando Bloom's Will Turner and Keira Knightley's Elizabeth Swann. A bigger flaw in Dead Men Tell No Tales is that Jack is saddled with incredibly dull new sidekicks. Brenton Thwaites, as Will's son Henry, and Kaya Scodelario, as woman of science Carina, share one expression between them — a slack-jawed, dead-eyed befuddlement — some cringeworthy banter, a painful lack of chemistry and one of the least convincing on-screen romances ever.

Dead Men Tell No Tales cannot escape another problem of the 21st century blockbuster: too much plot. Screenwriters Jeff Nathanson and Terry Rossio seem to think that more is better, but in reality, it's just more, and in this case, the story's attempt to find footing is confusing, convoluted and crammed with too many characters.

Jack, Henry and Carina are all seeking a mythical object called the Trident of Poseidon, which is said to break all curses of the sea. Henry needs it to free his father, cursed in Pirates of the Caribbean: At World's End to endless service on the Flying Dutchman. Jack needs it because pirate hunter Captain Salazar (Javier Bardem) — who Jack long ago condemned to a sort of zombie-sailorhood — has vowed revenge. And Carina needs it because... well, that's never entirely clear, but it has something to do with "Galileo's diary," which she inherited from her unknown scientist father. Jack's old frenemy Captain Barbossa (Geoffrey Rush) is also hanging around, waiting to be shoehorned into the story.

As torturous as the writing is, it's also lazy, with abuse passing as wit and coincidence as fate. Worse, it doesn't even seem to appreciate the balancing act that the previous films managed to pull off, making pirates romantic and heroic and making us forget that they're actually brutish criminals. Here, it's really difficult to accept Salazar as a villain: He's portrayed as an honorable Spanish naval captain whose mission was to clear the seas of the scourge of pirates.

And it's really difficult to accept Jack as someone we should feel any sympathy for: He's cruel to his friends, comes across as stupid rather than cunning, and lacks all the crafty charm he once had. We should be rooting for Salazar, and mostly, I was. ♦

Pirates of the Caribbean: Dead Men Tell No Tales is not showing in any theaters in the area.