Best Local Play or Musical of 2019-20
THE SOUND OF MUSIC, SPOKANE VALLEY SUMMER THEATRE
For three weeks last July, the Valley was alive with The Sound of Music. Local actors like Jennifer Tindall, who starred as the governess to the preternaturally mellifluous Von Trapp children, performed songs that have long since transcended this classic Rodgers and Hammerstein musical: "Do-Re-Mi," "Edelweiss" and "My Favorite Things." Though it stopped short of sparking a sudden vogue for lederhosen and dirndls, there's little doubt that this memorable production wowed audiences. (EJI)
2nd PLACE: It's a Wonderful Life, Spokane Civic Theatre; 3rd PLACE: Young Frankenstein, Spokane Civic Theatre; NORTH IDAHO'S BEST: Beauty and the Beast, Coeur d'Alene Summer Theatre

Best Arts Festival
ART ON THE GREEN
It's going to feel like Groundhog Day for the region's arts festivals as Coeur d'Alene's Art on the Green takes top honors again this year. File it under "if it ain't broke..." because for 51 years, this three-day festival on North Idaho College's lovely lakeside campus has been one of the highlights of summer. Artisan goods, food booths, live entertainment, a juried art show and more awaits. (CAS)
2nd PLACE: ArtFest; 3rd PLACE: Terrain

Best Tattoo Parlor
ANCHORED ART
Anchored Art is celebrating its third consecutive year snagging this award. The downtown Spokane parlor has been operating for nearly a decade, and their no-nonsense attitude continues to win the hearts of tattoo fans. Tattoos are fun, but they're also permanent. It's best to see a team who takes the artform seriously. (JS)
2nd PLACE: Mom's Custom Tattoo; 3rd PLACE: On the Level Tattoo; NORTH IDAHO'S BEST: Bleeding Hearts, Sandpoint 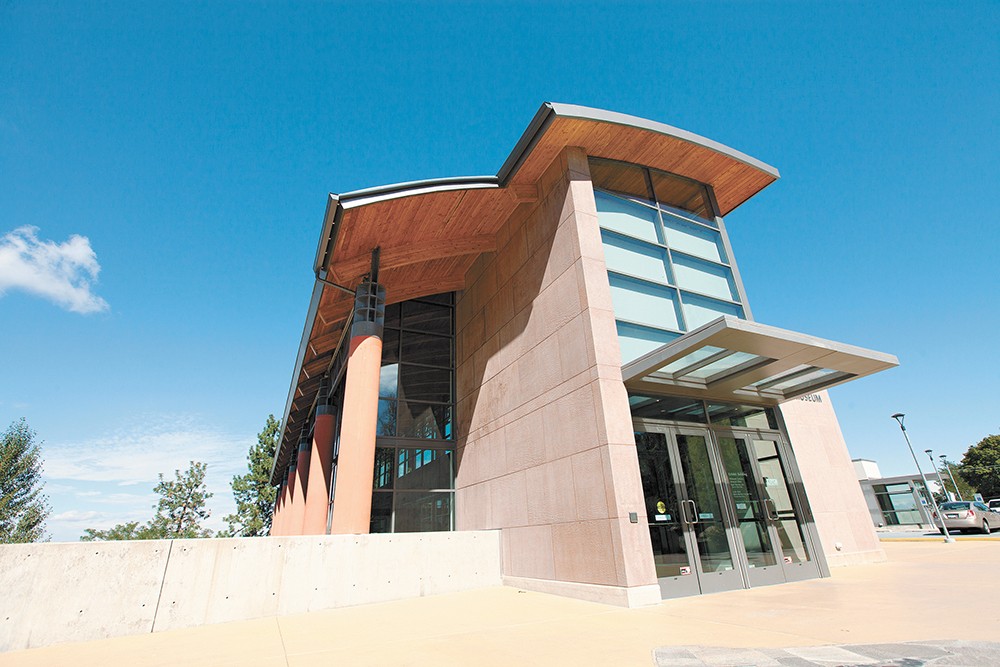 Best Art Gallery
NORTHWEST MUSEUM OF ARTS AND CULTURE (MAC)
Tucked into the Browne's Addition neighborhood, the MAC, as it's affectionately known, is the kind of regional arts and culture hub that would leave an unfillable hole if it ever left. That's true physically as it takes up a lot of space. But the kinds of exhibits it brings — from arts to Northwest history to science and the natural world — make it more than a place to simply "view" art. It's a space to experience lifelong learning. (SAL)
2nd PLACE: Marmot Art Space; 3rd PLACE: Art Spirit Gallery, Coeur d'Alene 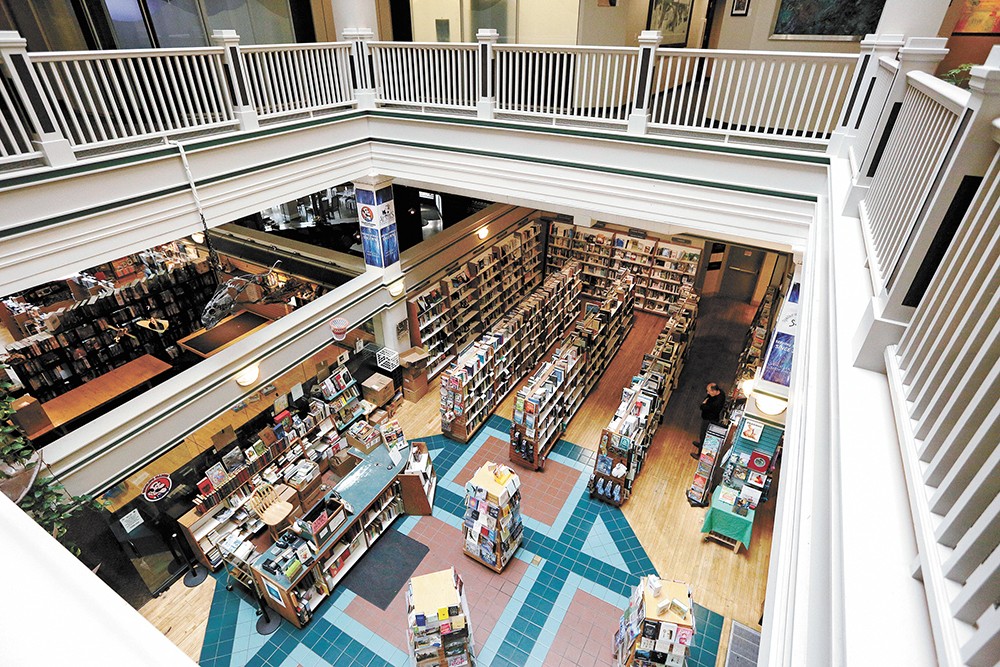 Young Kwak photo
The booklovers' paradise that is Auntie's.

Best Bookstore
AUNTIE'S BOOKSTORE
The news of local, independent bookstores' death has been greatly exaggerated. That's certainly true at Spokane's iconic downtown and much-loved bookstore (where classic Mark Twain novels are indeed for sale). For over 40 years, it's been a haven for word lovers to melt into its shelf-lined aisles and ascend a grand staircase to overlook literary joy. It changed hands to local businessman John Waite several years ago, but they're the hands of an owner who carries on the grand tradition of what a strong local bookstore means to a community. (SAL)
2nd PLACE: Giant Nerd Books; 3rd PLACE: The Well-Read Moose, Coeur d'Alene

Best Public Art Piece
THE GARBAGE GOAT
Among the many positive things Expo '74 left Spokane, the Garbage Goat has to be the quirkiest — and perhaps most memorable. An artist nun, Sister Paula Turnbull, made the public art piece to coincide with the world's fair that transformed Riverfront Park. And it's since transformed the must-see list visitors to the city have to check off their list. (SAL)
2nd PLACE: Riverfront Park Pavilion; 3rd PLACE: Red Wagon; NORTH IDAHO'S BEST: Mudgy & Millie sculptures, Coeur d'Alene

Time was, we would have given this prestigious award to the spider out front of a quirky little house on Bridge Avenue in West Central. But, tragically, the spider-woman has moved, and the spider has disappeared. (We cannot discount the possibility that it's in your bedroom as we speak.) Fortunately, Tyler Henthorne, the Halloween-obsessed owner of the historic Dwight House in Browne's Addition, hatched an equally ominous spider: Fluffy, a 9-foot-tall Home Depot prop he set up on his front lawn this fall. But Henthorne, who used to turn an abandoned mall into a giant haunted house when he lived in California, didn't stop there: He painted the kind of netting used by butchers to contain cow carcasses, turning them into cobwebs. By the time an early October snow blanketed the city, the spider — dubbed "Fluffy" by Henthorne's wife — looked genuinely terrifying, like something that Conan the Barbarian might battle. (DANIEL WALTERS)

He's little but fierce, and obviously very, very brave. This adorable bronze lion cub sculpture by artist G. Alan Wright has been delighting passersby who discover his imposing pose in an alcove at the Lincoln Building, 818 W. Riverside Ave., in downtown Spokane since being installed in July 1963. I always give little Bronzo a pat on the head or stop for a selfie with him whenever I'm passing through the area, and you should, too. (CHEY SCOTT)