Carla O'Connor creates evocative watercolor paintings of figures amidst swirls of color and expressive marks, while Michael R. Lee makes such meticulously detailed clay sculptures — a fireman's helmet, a battered-looking suitcase, vintage golf clubs — that people can't help but want to touch them. Don't touch either artist's work, but do meet them at the Aug. 12 opening reception for their exhibition at Coeur d'Alene's Art Spirit Gallery, which runs through Sept. 3. Or listen to a free artists' demonstration Aug. 13. Visit theartspiritgallery.com.

RIGHT SIDE OF THE TRACKS

Head to Adams Street just under the elevated railroad for two powerful art shows this summer, both featuring work by Washington Clay Arts members through June 30. Together they highlight the versatility and endurance of clay as an art form. At Kolva-Sullivan Gallery, check out the Changing Plains exhibit of art inspired by the Palouse, while next door at Trackside, enjoy a Taste of Summer, featuring functional pottery specifically made to serve all your favorite summer dishes. Visit tracksidestudio.net.

Not content with a mere month's worth of art, Pend Oreille Arts Council's ArtWalk runs June 17-Sept. 8 throughout downtown Sandpoint with not one, but two receptions: June 17 and again on Aug. 19. Wear comfy shoes as you stroll from business to business, stopping occasionally to refuel, of course: perhaps a glass of wine at Bernd Barrel. Make it a point to see the group exhibit at Panhandle State Bank, and check out Sandpoint's new Infini Gallery. Time your trip to coincide with the Festival at Sandpoint (Aug. 4-14) or the Arts and Crafts Fair (Aug. 13-14) for a double dip of the arts. Visit artinsandpoint.org.

he Bridge art show runs through June 30 at the Cathedral of St. John the Evangelist. Above: “Outreach” by Malak El Shazly.

EAST, WEST AND EVERYTHING IN BETWEEN

Imagine if we focused more on what we have in common than what separates us. Love, fear, family, faith, sense of self, questions of belonging and knowing. You know, the big-picture stuff. In 2009, an American Episcopal priest serving in Cairo, Egypt, did just that when he formed Caravan, a nonprofit group that uses "the arts as a catalyst to bring people of diverse backgrounds and beliefs closer together toward building sustainable peace." Seven years, 10 exhibitions, and numerous international cities later — London, Paris (where it opened shortly after the Charlie Hebdo attacks in January 2015), Cairo, New York City, Chicago — the latest Caravan art show is traveling to... Spokane. The Bridge, which runs through June 30 at the Cathedral of St. John the Evangelist, features nearly 50 contemporary artists of varying faiths — Christian, Muslim, Jewish — from 15 countries. It's work by artists like Nagla Samir whose "Eternally Humane" depicts overlapping hands encompassing a pregnant belly in a black-and-white photomontage bordered by intricate, brightly colored patterns you might find in Islamic art, but also in geometry, a universal language. It's a potent reminder at a time of inflammatory political rhetoric and volatile events worldwide. Visit stjohns-cathedral.org/bridge-0.

"Third Annual Bazaar" has a nice ring to it, making this event officially official. So mark your calendar. Look for 75+ booths of "kick-ass art and craft nestled between Riverfront and Huntington Parks," according to organizer Ginger Ewing. All the art is local — paintings, prints, candles, clothes, something funky for Dad's Day — much of it priced under $100. Have a local brew, grab a bite to eat, watch the Vaude Villians perform, and check out some cool art. Even if you're just into the people-watching, the all-day June 18 event is a great way to welcome summer. Visit terrainspokane.com/bazaar.

Step inside the mind of costume-designer/artist Shannon Erwin for an unusual show of giant papier-mâché sculptures at Coeur d'Alene's Emerge gallery July 8-Aug. 5. Most of Erwin's work in Paper Novae Vitae, Latin for "paper's new life," were donated for use at area schools, art organizations and nonprofits, including a 12-foot-tall elephant, a huge set of fully functioning Groucho Marx mustachioed glasses, and a 5-foot-tall box of French fries. Visit emergecda.org.

TAKIN' IT TO THE STREETS

Spokane Art School isn't exactly sure what's going to happen when it puts out giant easels and hires local, well-known artists like Austin Stiegemeier or Ric Gendron to facilitate an impromptu drawing session. But that's OK; not knowing is part of the fun. Stop by any Saturday from July 9 through the end of August for an afternoon of free artmaking and... whatever else happens when people spontaneously show up to make art. Visit spokaneartschool.net.

The 13th Annual Prosser Art Walk & Wine Gala pairs the work of 30 Northwest artists with nearly as many wineries and breweries for a getaway that appeals to your palate and your palette. The July 16 event might be why you visit Prosser, yet the proximity to Walla Walla's wine country and the Yakima River for fishing and boating give you plenty of reasons to make a weekend out of it. Tickets are $30 and cover tastings from places like Hogue Cellars and Kestrel Winery, as well the area's two breweries — try the Palouse Porter from Whitstran Brewing — and a commemorative glass. Visit tourprosser.com.

When last they collaborated, Saranac Art Projects members Lance Sinnema and Scott Kolbo thumped each other with giant rubber "stamps" symbolizing the polarizing effect of political language. Now they're tackling surveillance, says Sinnema, "as well as the desire by many to keep an eye on those they don't trust while maintaining an expectation of privacy for themselves." Expect the unexpected with these gentlemen. Joining them is Portland-based guest artist Mimi Solum, with mixed-media assemblages and drawings that explore personal narrative. The exhibition runs Aug. 5-27. Visit saranacartprojects.wordpress.com. 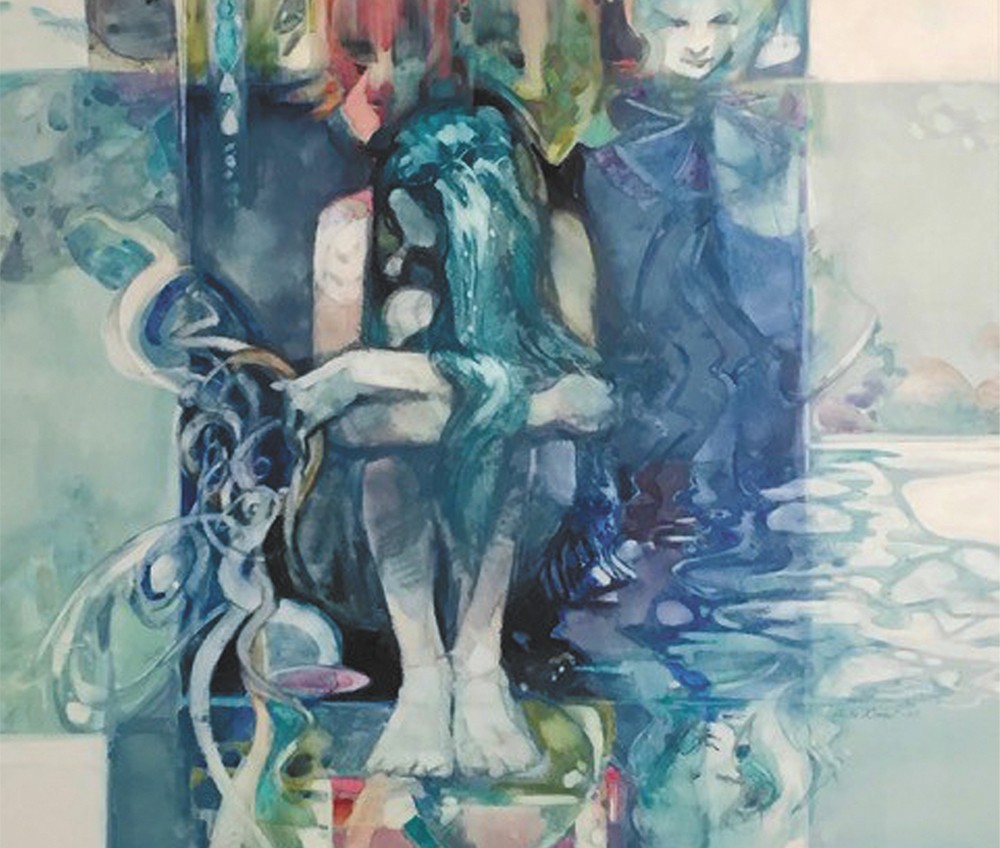 Work by Carla O’Connor is on exhibit at the Art Spirit Galley through Sept. 3.

Burning Man is a massive annual event that describes itself not as a festival, but as a "catalyst for creative culture in the world." It's art at its most participatory and unpredictable. And it's the premise for 2nd Degree Burning Man, an exhibition/performance/event at Hatch: Creative Business Incubator in Spokane on Aug. 13 by visiting artist Le Anne Iverson. Wanna participate? Got something to burn? Audience members are encouraged to attend and participate. Visit Facebook: Hatch: Creative Business Incubator.

A DAY AT THE MUSEUM

Cool and inviting inside, no matter how hot it gets outside, and plenty to see and do for all ages — that's Spokane's Northwest Museum of Arts & Culture (MAC). Check out Animals!, a nationally touring show of animal-based artwork, supplemented by the museum's own collection of taxidermy, or Erv Schleufer's eerily beautiful infrared photographs of powwow dancers, both exhibits run through Sept. 4. Remember that Tuesdays are half-price and your paid admission includes a tour of the beautifully restored Campbell House. Visit northwestmuseum.org. ♦