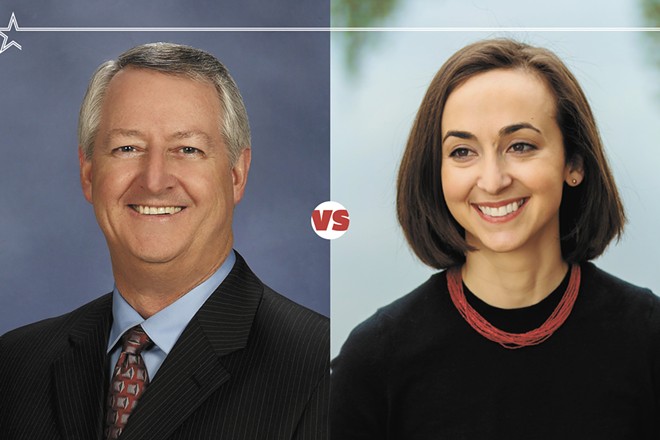 This election year is an unusual one for the Spokane County Board of Commissioners, as the board grows from three seats to five. Rather than having all county voters decide each seat in November, as happened in the past, voters will decide only who will represent their district. This is also the only year that all five seats are up for election at the same time. Those elected to the odd-numbered districts will only serve two years before facing election again in 2024. Then the odd districts will revert to a normal four-year cycle. The even districts will start with normal four-year terms.

The current commissioners — Republicans Al French, Josh Kerns and Mary Kuney — are all running for reelection, but because their district boundaries have changed, they may face different challenges than they typically would as incumbents. The much-watched race for District 5, between AL FRENCH and Democrat MAGGIE YATES ("Fresh Take or Old Guard," Inlander, Oct. 13, 2022) has drawn attention as Yates bested French in the top-two August primary and won endorsements from both of their opponents who didn't make it through. Voters will prove if the new boundaries created a swing district for the commission. Meanwhile, Kerns faces a political newcomer with a wild name and Kuney faces a fellow conservative with views further to the right.

District 3 covers northeast Spokane County, including Millwood, Deer Park, Mead, Colbert, part of Spokane Valley, and other unincorporated areas. Kerns, 37, hopes to continue serving the area he was first elected to in 2016. Kerns previously worked as a senior legislative assistant to then-state Rep. Jeff Holy, a fellow Republican who now serves in the state Senate. Schreiner, 60, states no party preference on the ballot and previously worked flying skydiving planes and laying underground utilities. Schreiner lists no endorsements, while Kerns is endorsed by more than a dozen state and local conservative politicians and several organizations, including the Spokane County Republican Party. 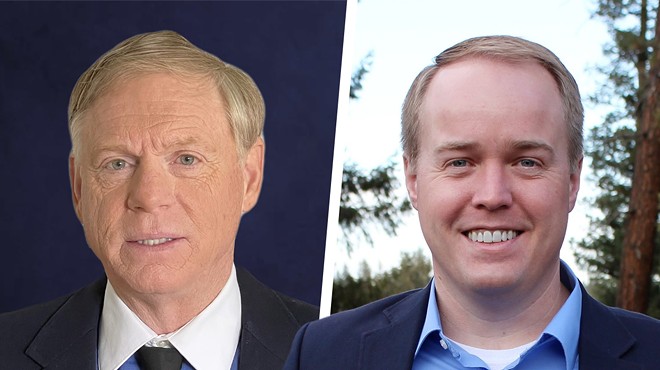 In District 4, which covers Liberty Lake and the southeastern portion of Spokane County, Kuney, a 57-year-old Republican, seeks to continue representing part of the area she was elected to serve in 2018. The former auditor faces political newcomer Noble, 48, also a Republican and a longtime pastor at Valley Assembly of God. Noble is running on a motto of "No Bull From Noble" and has endorsements from mostly local residents of the district. Kuney is endorsed by two dozen conservative state and local elected officials in the region, along with firefighters, outgoing Sheriff Ozzie Knezovich, and several business owners. Both answered a conservative Christian candidate questionnaire to say they believe in restricting abortion and that marriage should only be between a man and a woman, but they differed on whether the county government should provide money for homeless services or accept federal pandemic money. Noble agreed with the questionnaire's premise that homelessness and poverty can be privately handled by individuals, families and private nonprofits. Kuney said that some government spending is necessary to provide resources, and local politicians can best spend federal pandemic dollars.