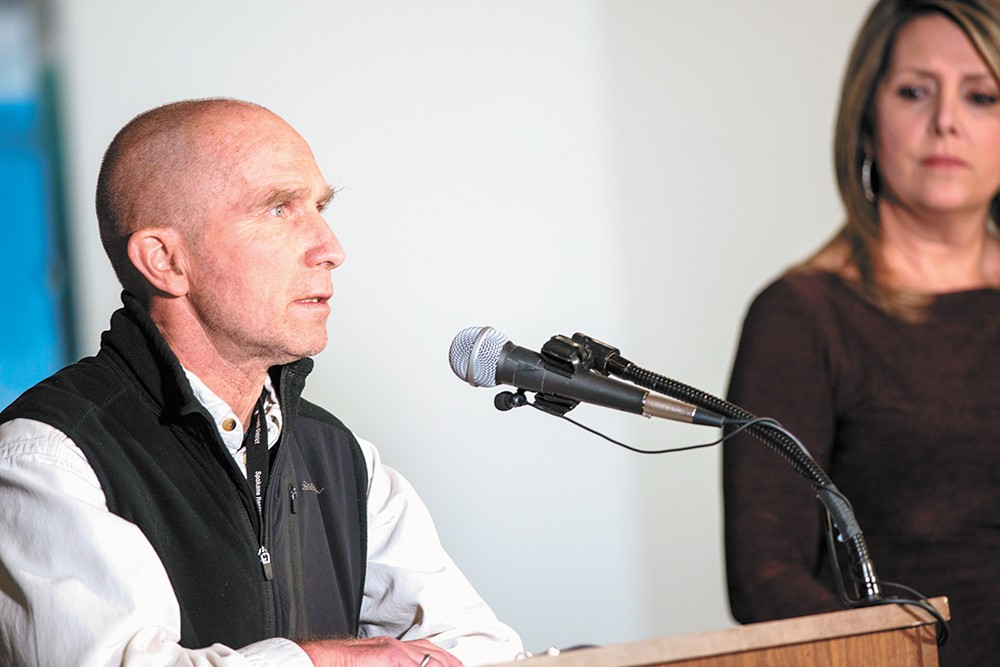 Just in time for Memorial Day weekend, Spokane County got what leaders had been hoping for: Approval to move to Phase 2 of the state's reopening plan.

As Spokane Mayor Nadine Woodward and County Commissioner Al French had called for publicly, and as business owners had pushed for in the background, the county was able to start reopening for things like in-person dining in time for the holiday. People swiftly reacted by going out for the first time in months, with bars, patios and tables soon filling up to their new limited capacities.

A little more than a month later, the county is seeing a dramatic uptick in COVID-19 cases. While local leaders have continued to call for loosening restrictions on the economy, record single-day case counts have been pouring in.

Spokane Regional Health Officer Dr. Bob Lutz points to the over-enthusiastic response to reopening as the cause.

"What happened? It's called May 25th, Memorial Day. It's called pent up quarantine fatigue," Lutz says. "We went to Phase 2 on May 22, and people took the liberty of thinking that was Phase 4."

Spokane remains in the second phase, which maintains bans on events and gatherings of more than a handful of people, with social distancing and capacity restrictions inside businesses. But many people have pretty much stopped following the distancing guidelines, Lutz says.

On May 22, Spokane County had 450 confirmed cases. Fast forward to the Fourth of July holiday weekend, and on Sunday alone the county had 98 new reported cases, bringing the total to 1,730 confirmed cases as of Monday.

In the last week alone, cases went up by about 34 percent.

Many who had been contacted by the health department for contact tracing efforts this weekend said they were not out at crowded bars and restaurants but at family gatherings, including Father's Day get-togethers and bridal showers, Lutz says.

"I think people need to realize we're not in the second wave, this was just a really slow wave to develop," Lutz says.

Initially, Phase 2 did not require customers to wear masks. As of Tuesday, July 7, Gov. Jay Inslee and Washington state Secretary of Health John Wiesman mandated businesses to require masks for all employees and customers, strengthening their face covering requirements from two weeks before.

If people don't take the order seriously, and if case counts continue to skyrocket, Lutz says this first wave may last until the cold and flu season picks back up.

"We will not see a second wave nationally because that would mean the first wave went away. The wave has not crested," Lutz says. "This will take us into the fall at this point."

WHAT'S HAPPENING
Young people have contributed the most to the spike in cases across the nation and in Spokane County, where people in their 20s make up nearly one-third of all cases.

"You're seeing a significant shift in who's getting the virus because of who is socializing," Lutz says.

Statewide, young people 20 to 39 make up 37 percent of cases, but only about 12 percent of hospitalizations, which are more likely for those over 40. As of press time, 22 Spokane County residents are hospitalized for the virus, and 40 people from the county have died overall.

Similar to Spokane, Kootenai County and North Idaho have seen a spike in cases recently, with Kootenai County's cases nearly doubling over the last week to 440 as of Monday, with many new cases linked to bars and gathering places. Only one COVID death in that region has been reported.

As the spike in infections makes it more difficult for contact tracers to keep pace, it is only clear who infected someone in about 46 percent of cases now. A month ago, the health district was able to connect the dots in about 85 percent of cases. That change indicates sweeping community spread, where people are picking up the virus from unknown sources while they're out in public.

"It's definitely of great concern," Lutz says. "I think right now with as much community-wide spread of COVID-19 exists, people really need to be aware of where they are."

That means wearing masks or face coverings in public, even outside at times when people are unable to stay at least 6 feet apart. It also means continuing bans on gatherings, and maintaining good hygiene, Lutz says.

"It's even more important in my mind than it was two months ago when our community spread was minimal," he says.

The virus has spread very effectively between people, largely helped by the fact that so many are carrying it without having any symptoms, Lutz says. That's why it's key to keep up distancing rules and wear masks, because you don't know if you're contagious or someone near you might be, he says.

"The virus does not stop at the Idaho-Washington state border or other counties around us," Lutz adds. "People come down here to work, to shop. If they're not doing those basic things they can either get it here or, importantly, take it back. That's why you're seeing such an uptick nationally in cases in rural counties."

MASKS & ENFORCEMENT
It's a challenge for health officials to enforce isolation protocols for people who test positive for the virus. Not everyone is answering their phones to speak with contact tracers, and it's likely people would get annoyed by a daily check-in from the health district, Lutz says.

Last week, the Spokane County Commissioners and county Jail Director Mike Sparber questioned Lutz's call to house a COVID-19 positive person at the jail's medical facility, saying in a news release that they were "distressed about this forced action."

However, Lutz explains that he worked with Sparber and health district staff to find any other alternative for the homeless individual, who wasn't sick enough to be admitted to the hospital. Finding no family members willing to take the individual in, Lutz and Sparber settled on placing him in a negative airflow room in the jail's medical area as "the place of last resort."

"I had to put an order in place because living homeless was a risk to other community members," Lutz says. "Given that we are all so concerned about outbreaks in shelters, because it will run through there like wildfire, I had no option."

The other order was for a man who refused to isolate after testing positive. The order was issued after he was arrested on suspicion of driving under the influence multiple times while he was supposed to be isolating.

Requiring face coverings and masks has otherwise become the largest emphasis to stem the increase in infections as businesses reopen.

While Black Lives Matter protests brought out thousands of people in Spokane in the first weeks after moving to Phase 2, health officials haven't linked new positive cases to those large outdoor gatherings, where most people wore masks.

Many people, however, are now protesting the recent face-covering requirements, with videos going viral nearly daily showing customers refusing to wear masks in stores as they're asked to leave.

It's unclear how the statewide mask order in Washington will be enforced. Lutz says he'd be surprised to see Spokane law enforcement agencies enforce the rule, even though it is illegal to disobey it.

"Hopefully there will be enough social norming and changes that people will realize, 'You know, I should do this,'" Lutz says. "But I think the enforcement piece is gonna be really challenging."

Overall, Lutz says, he hopes people who've been exposed simply follow the rules and stay home. Without that and widespread adherence to mask requirements and distancing, the region is far from being in the clear.

"We've got a long ways to go before we're going to 'flatten that curve.' I'd just like to see it stop being so steep," Lutz says. "It really is going to require a collective effort on the part of all of us to stem the tide of this wave we're in now and get back to where we can do things a little more normally." ♦