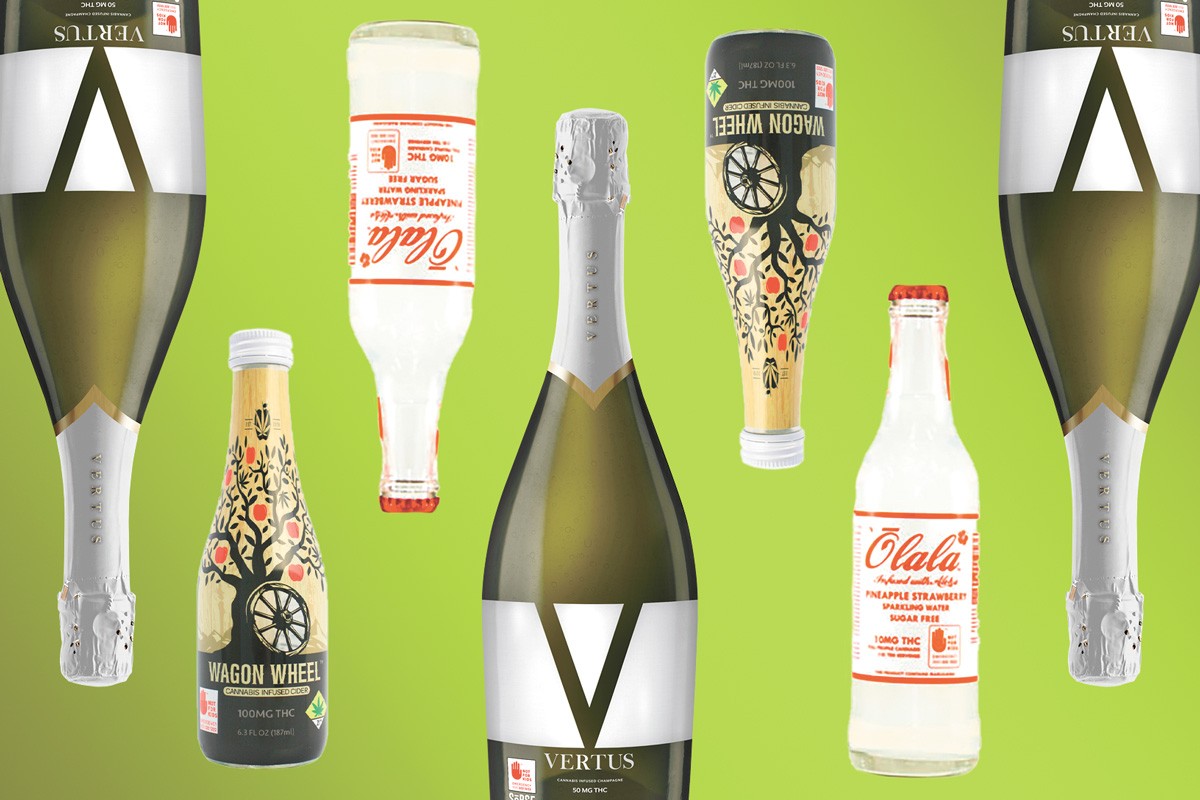 A few ways to tip a cannabis-infused glass and not fall on your, well, you know.

Cannabis-infused beverages have come a long way in recent years, but by and large they're still closer to NyQuil than soda. With dosage instructions on the bottle and those little cough-syrup-style measuring cups, most products aren't meant to be cracked open and sipped on like a beer or a seltzer.

Which is why last week's news that Pabst Blue Ribbon is releasing a THC-infused seltzer, though only in California, is such a disappointment here in Washington. Clocking in at 5 milligrams of THC per can, the PBR seltzer is different than almost every other product on the market. Unlike the 100-milligram heavyweights that dominate dispensary shelves around here, PBR's seltzer is something you can actually drink — all of it, at once.

Someday, hopefully, us Washingtonians will get the chance to try this new Pabst product. Until then, we don't have many but we have a few options if we're looking to go bottoms up without getting too stoned.

Olala Sparkling Water
Perhaps the most common infused beverage available in our region with a low-THC content is Olala. Their products pack twice the punch as the PBR seltzer — coming in at 10 milligrams per bottle — but still fall firmly in the category of beverages you can finish in one sitting without risking a high that is far too strong. Plus, they're flavored seltzers, which makes them about as trendy as can be.

Evergreen Herbal's Apple Cider
This one may not bring much in terms of volume — 6.3 ounces is barely more than half of your typical packaged beverage — but it overperforms in terms of seasonal flavor. Pumpkin spice be damned; it's cider season and a bottle of this will prove it. Ranging from $10-$12 around town, depending on where you find it, this sippable cider proves exceptionally drinkable. Even if it doesn't last as long as you might like.

Vertus Bubbly
If the cider was on the small side, Vertus' play on nonalcoholic champagne is surely on the bigger side of things. At 750 milliliters — same as a traditional bottle of wine — this bubbly has a girth unmatched among infused beverages. Though, with just 50 milligrams of THC, it's certainly not high potency. This isn't a drink-it-all kind of product. But, then again, neither is a bottle of champagne. Like the wine it imitates, you'll be able to down a glass, or two, with ease. ♦

The original print version of this article was headlined "Pot Shots"