As impeachment vote draws near, both sides go to their corners 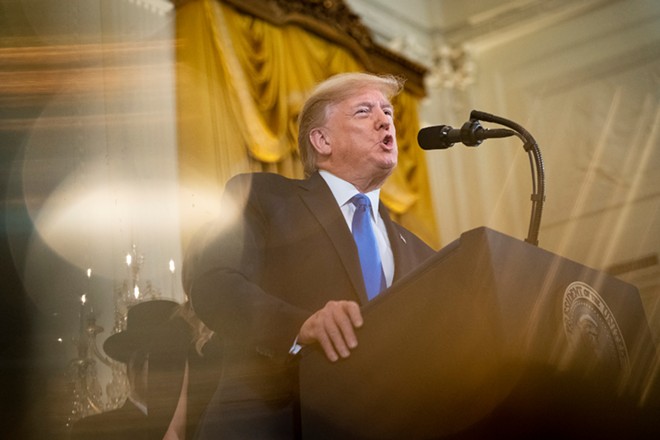 WASHINGTON — Democrats vowed Sunday to push forward this week with the third impeachment of a sitting president in history, a move Republicans denounced as a grave and partisan misuse of the Constitution’s power to hold a president accountable.

Democrats showed no sign of slowing down, and Republican senators lined up to announce their intentions to acquit the president.

The debate about impeachment came as James Comey, the former FBI director, acknowledged that he was wrong when, in a separate investigation of President Donald Trump, he said there were no problems with the warrants used to approve surveillance for an adviser to the president’s 2016 campaign.

Rep. Jerrold Nadler, D-N.Y. and the Democratic chairman of the House Judiciary Committee, which Friday approved articles of impeachment against Trump, said the president deserved to be impeached for pressuring Ukraine’s government to investigate his political rivals and obstructing Congress.

Republicans defended Trump, insisting that Democrats had failed to prove the president committed a crime. Rep. Will Hurd, R-Texas, who has criticized the president’s behavior in the Ukraine matter, nonetheless said he would vote against impeaching him.

Members of both parties turned their attention Sunday to a trial in the Senate early next year.

The Republican leader in the Senate, Sen. Mitch McConnell of Kentucky, voiced support for a short trial.

Rep. Adam Schiff, D-Calif. and the chairman of the House Intelligence Committee, condemned McConnell and others for seeking to conduct a trial without demanding testimony and documents that the White House refused to provide to House investigators.

The admission from Comey came days after the inspector general for the Justice Department, Michael Horowitz, released a report in which he found “17 significant inaccuracies and omissions” in the applications the FBI submitted to a court to surveil Carter Page, a onetime foreign policy adviser on Trump’s campaign. The surveillance of Page was one part of the investigation into the contacts between Russia and Trump’s 2016 campaign.

Comey, who was fired by Trump in May 2017, said, “I was wrong,” on “Fox News Sunday.” “The inspector general found significant mistakes, and that is not something to sneeze at.”

But Comey noted that the inspector general did not find evidence of the most serious charges of political bias and a “deep state” conspiracy that Trump and his allies have leveled against the FBI since the 2016 campaign.