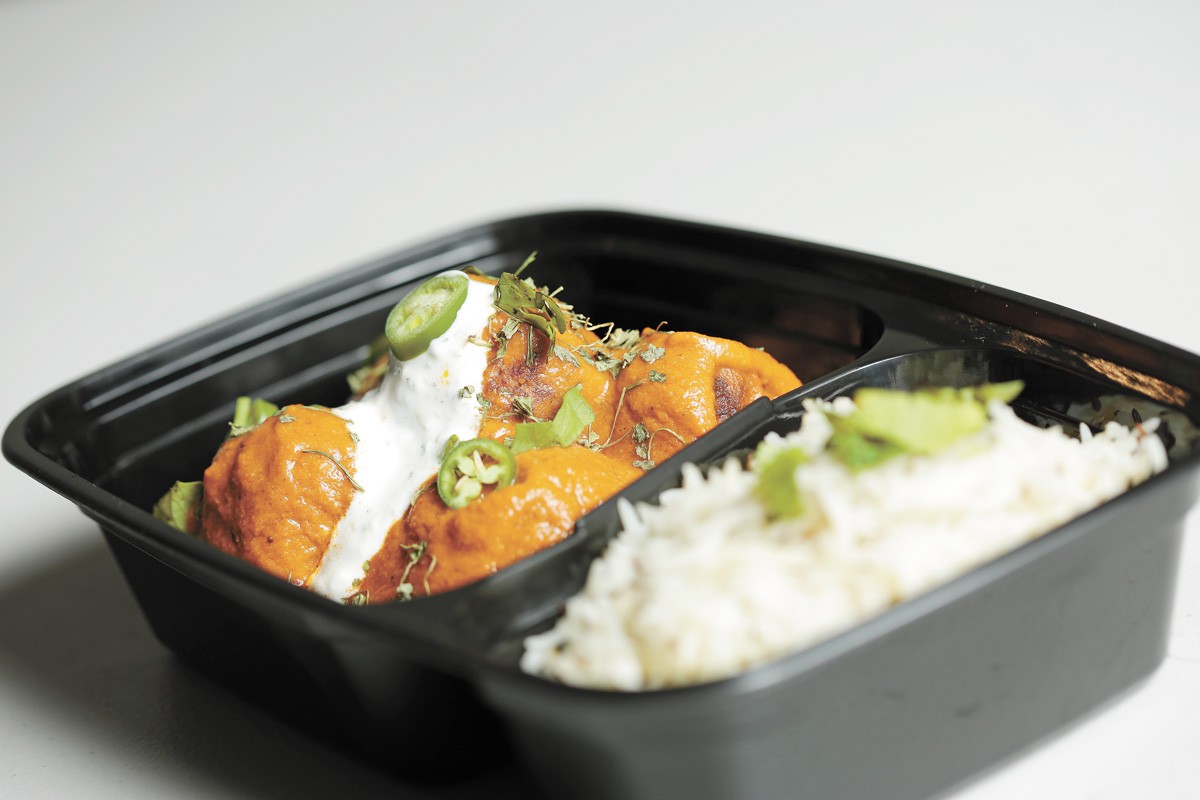 When Noreen Hiskey moved to the Spokane area from India nearly a decade ago, she remembers being perplexed by two details of the food culture in her new home city.

First, she noticed the lack of regional diversity in the Inland Northwest's Indian restaurants, which mostly serve northern Indian cuisine. She also realized that many Americans share a culturally homogenized idea of the sauce-based Indian dishes commonly referred to as curries.

"When people would say 'I love curry,' I would say, 'Oh, which one?'" Hiskey says. "Because to me there are, like, thousands of curries and different flavors. It's not just one flavor, but they were talking about what is sold here as curry powder. It's confusing, because we never use curry powder in India. I came to realize that people referred to curry very differently than we would in India."

Hiskey is from Pune, India, near the country's western coast, a few hours southeast of Mumbai. She emigrated to the U.S. after marrying her husband, who's from the Pacific Northwest. This summer, Hiskey took over ownership of the takeout-based restaurant Inland Curry after its founder Daniel Todd left the area. Hiskey learned to cook mostly from her mother, who regularly prepared a diverse array of food from around the world for the family's meals.

"We were always in the kitchen helping out all the time," Hiskey recalls. "We literally ate Chinese food one day, Indian food the next, and Middle Eastern and Greek — a ton of different cuisines. That was our everyday life. We were exposed to a lot of different cuisines, and I still eat that way."

More recently, Hiskey has shared her food with the community via pop-up dinners hosted at other local restaurants.

As the new owner and chef of Inland Curry, which cooks to fill pre-orders for pickup each Thursday at Feast World Kitchen in downtown Spokane, Hiskey has made it her mission to introduce more local diners to the diverse and flavorful food of her heritage. She also seeks to educate residents of the region about India's rich culinary traditions, and to that end writes detailed descriptions of each dish for her weekly menus, released each Monday. She's also happy to have a conversation with anyone curious about Indian cuisine.

"I've noticed the Indian restaurants here are very stagnant and have generic menus, so what I'm trying to do is represent more regional Indian cuisines, because there is so much diversity," Hiskey says. "Every state you go, they speak a different language, eat different food — the cuisines are so drastically different. Which is why every week I try to pick one area and do a menu based on that area."

Northern India, for example, is the origin of several dishes more familiar to Western diners like butter chicken, chicken tikka masala and naan bread, Hiskey explains. Southern Indian dishes, meanwhile, have more coconut oil in them and are lightly spiced at the end of cooking.

"So South Indian is more rice based and more vegetable based, and they use different vegetables that are available and grown there. It's also more seafood based," she says.

Earlier this month, Hiskey put together a menu of dishes from the state of Tamil Nadu, located at the southern tip of India. Options include chicken salna, a popular street food consisting of tender chicken pieces in a curry-like sauce of coconut and fennel seed masala (masala means a blend of spices). The other featured entree that week was channa kurma, a chickpea and potato spiced stew, or kurma, that's finished with a fresh coconut and cashew paste. She also prepared sides of lemon rice, seasoned with spices, curry leaves and lemon juice, and a vegetarian lentil-based stew called sambhar, featuring a tangy, tamarind broth. To go with the curry and stews, Hiskey made a layered flat bread called kerala parotta "that's flaky and perfect for scooping up curries."

"A lot of customers who've been to India or have friends in the south [of India] and they've experienced those dishes not available in Spokane, they really enjoy those dishes," she says.

In her home state of Maharashtra in west-central India, the cuisine is often much spicier than other regions.

Where most non-Indian diners get hung up on the widely varied regional and cultural history of India's food is, as Hiskey noticed, the use of the word "curry" to describe all sauce or gravy-based dishes, usually richly spiced and often served with rice or bread to soak up the sauce.

The chef recently took to Inland Curry's Instagram feed to explain the historical context of how curry became the common term for a style of dish that is actually quite distinct depending on the region, and even between separate households. One reason these sauces and stews are so common in Indian cuisine, Hiskey says, is because people historically cooked over open fires, where temperature was harder to control compared to modern gas stoves.

"Curry was the term coined by colonizers — in the case of India, the British — derived from the Tamil word kari, which means sauce, frankly because they were too lazy to learn the real names of dishes of a cuisine that was foreign to them," she explains. "It's essentially a made-up word that reduces the complexity of Indian cuisine."

Despite this, Hiskey says she decided to keep the name Inland Curry because of the synonymous use of the word curry to refer to so many traditional Indian dishes, and so that she can continue to educate diners.

"By introducing people to the food, and when they fall in love with it, they learn more about the culture and ask questions," she notes. "You tend to open up a lot more through food."

Some of her most loyal customers order every week, no matter what's on the menu. Hiskey typically prepares two meat-based entrees and at least one vegan or vegetarian dish, along with a couple of sides and one dessert. Customers can order the main dishes a la carte, or in individually portioned combo meals.

For now, Hiskey says cooking once a week is a good fit for her schedule; she has a 2-year-old daughter and also runs a successful food photography business and cooking blog called Picture the Recipe. Eventually she'd like to transition to operating a restaurant full time.

"I would really like to be doing cooking classes and more educational-based stuff and also invite other chefs and people who have expertise to do that," she says.

"One of the things I really liked about what Dan was doing was the international dinner series, and one of the things he made me promise him was to keep doing those to introduce more people and culture and cuisine to Spokane," she says. "I want to do that more." ♦

The original print version of this article was headlined "Indian Immersion"