As Schindler's List returns to theaters, we reflect on the lessons it can still teach us 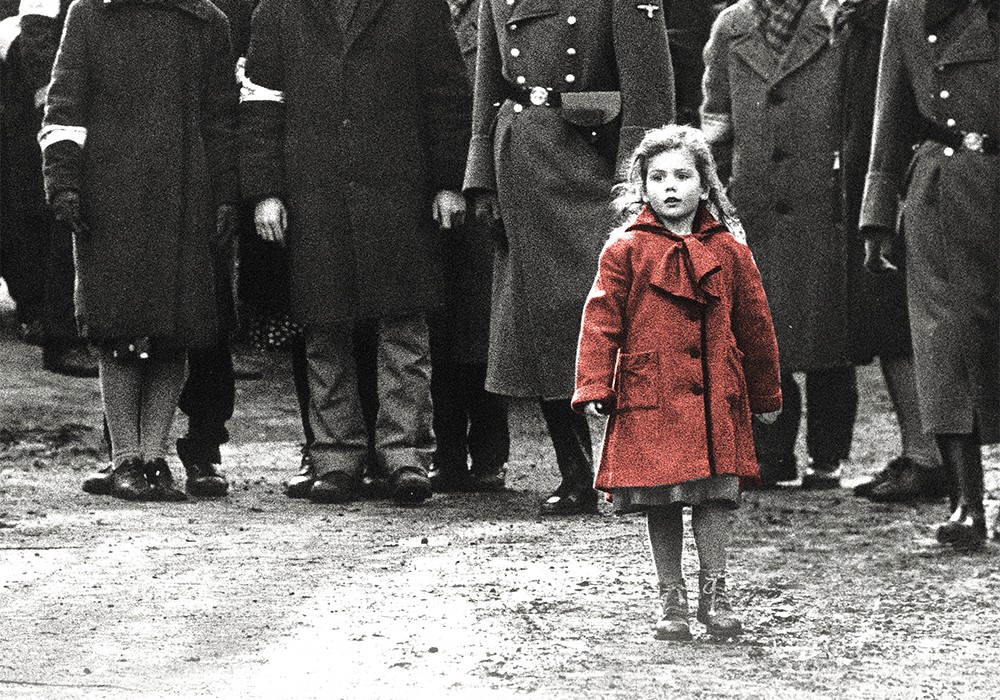 Schindler's List is 25 years old. I had not seen the movie in two decades, and the overwhelming reaction I am left with today is a new astonishment: While in the 1990s, Steven Spielberg's raw, brutal depiction of the unimaginable horrors of the Holocaust was harrowing, it felt like history, a nightmare safely in the distant past. Watching it again now feels like a warning.

Here are the lessons for 2018 I gleaned from my recent rewatch.

Complicity and complacency are not only the hallmarks of rising fascism, but absolutely essential to it. There are two complementary opening sequences to Schindler's List. The first is the one in which Jews politely line up to register with the Nazis in Krakow, Poland, handing their fates over to an occupying power. With our hindsight, we must acknowledge that compliance with totalitarianism is dangerous, not least because it signals acceptance. The other opening sequence is our introduction to Oskar Schindler (Liam Neeson), newly arrived in Krakow and sucking up mightily to the Nazi powers that be, hoping to do business with them. And succeeding wildly, because Nazis are always susceptible to the kind of flattery and buttering-up that Schindler offers.

Empathy can be engaged, but it takes time and proximity. I've never been sure whether Schindler is already plotting subversion as he is scheming to get on the sweet side of the Nazi powers: Spielberg, Neeson and screenwriter Steven Zaillian are all very coy on this point. I suspect that it is only very gradually that he comes to see what is really happening to actual human beings, via his relationship with his Jewish accountant Itzhak Stern (Ben Kingsley), who Schindler has to rescue from a train taking Krakow's Jews to... well, we know where. But Schindler likely has only dark, vague suspicions of where his very useful, very smart employee is headed.

Things go south very quickly. And blind obedience to authority is a necessary requirement of that. The scene here of Jews sorting the luggage left behind by other Jews packed onto the death trains is like a kick in the gut. As is the scene of Jewish children happily waving goodbye to their parents as they go to what we know will be their deaths. The horror of people willingly walking into oblivion can no longer be an option.

We can no longer feign ignorance of rising totalitarianism, nor can we downplay the peril of it. We know now that the unimaginable is not only imaginable, but entirely possible.

Use whatever privilege you have to resist. Undermine from within if that's where you are. We can debate at which point Schindler knows incontrovertibly what is happening to the Jews, but we cannot debate that once he knows, he uses his position, his power and his money to subvert it. There is a special small rebellious magic in how Schindler (and Stern) use bureaucracy to stick it to the Nazis: Schindler's list is literally just paperwork, a memo to the Nazis about Jewish workhorses he needs to keep running his business that is, ostensibly, supporting the Third Reich (though Schindler also eventually ensures that his factory doesn't produce anything useful to the Nazi war effort).

Toxic masculinity is cultural poison, but it can be disrupted. The counterpoint to Schindler is Amon Goeth (Ralph Fiennes), the Nazi camp commandant, who shoots Jews from the balcony of his on-site manor for fun. Schindler figures out how to divert his worst impulses, with the sly suggestion that the power he has been using to decide who should die at his caprice could be used to decide who lives at his "mercy." The white-male rage and weak, insecure manhood that was — and still is — Nazism is not impervious to manipulation that can cripple its goals.

We cannot rely on the beneficence of rich white men to save the rest of us. Of course we must celebrate Schindler's campaign of resistance, and indeed it forces us to wonder where the likes of him are now, men using their wealth and privilege for the betterment of all. Big donors like George Soros and Bill Gates are only two dudes. And yet we must never depend on the whims of rich white men for anything. No individual should wield such power. It's no way to run a planet.

Schindler's List remains extremely difficult to watch: How many people will be willing to endure seeing it again on a big screen, or watching the new 25th anniversary edition BluRay to be released this month? But if there is anything heartening to be found in it today, it is the very pertinent lessons it has for us right now. ♦