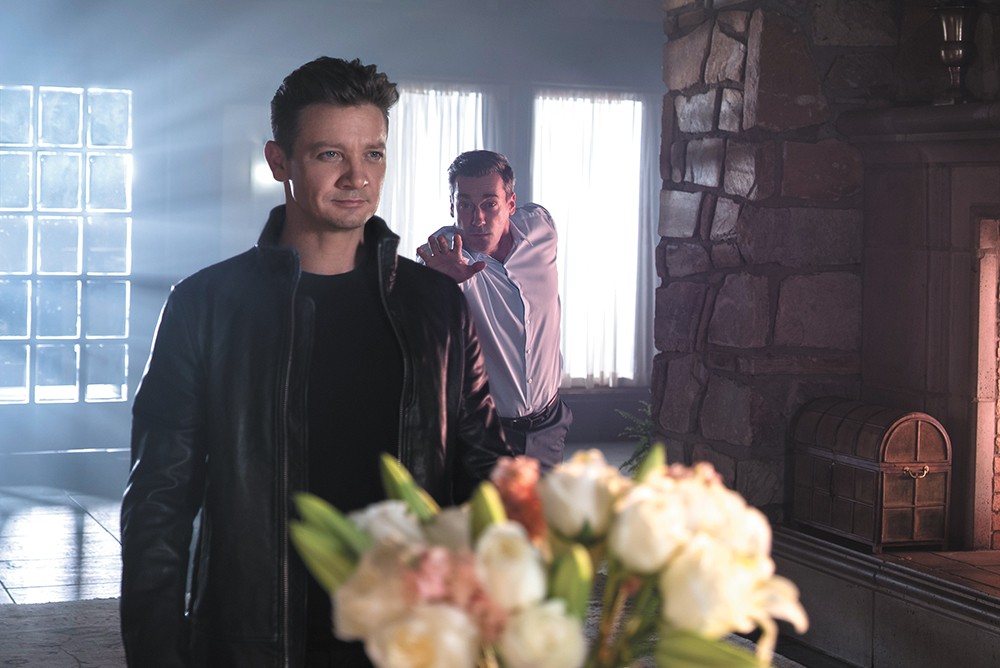 A schoolyard favorite gets grown-up in Tag, an all-star comedy inspired by a Spokane true story.

If you waded through my 7,000-plus word opus on the game of tag last week, sorry about that — and congratulations! If you just can't get enough of the tale of 10 Spokane "idiots" who can't stop playing tag, good news! Here's more:

You might wonder how a Catholic priest could ever bless an R rated movie. Well, Fr. Sean Raftis, a tag brother, was a little worried at first. At some point that R rating started to sink in a bit. Yes, the brothers had literally signed their life stories away, but surely TAG wouldn't have the kind of raunchy stuff the comedies they loved as teenagers had? For Father Raftis, it was a sticky wicket.

"They wanted us to sign another release to use our pictures in the movie," says Raftis, "and I was like, 'I don't know; I don't want to be known as Father Porky's.'"

To address his concerns, producers let Raftis log into a secure site and preview the film. He signed his release, and now he's practically evangelical about TAG.

"I can say it's an outstanding, exceptional ensemble," he says, "right up there with the talents of the golden age of Hollywood, like in It's a Mad Mad Mad Mad World or the Pink Panther movies. And I think it's as funny as Stripes or Caddyshack."

As a fellow classmate of nine of the 10 Tag Brothers, who actually saw Stripes at the Fox Theater with Raftis, I naturally have tried to decipher which Tag Brothers were represented by which actor. I asked Director Jeff Tomsic, who would only tell me he was out to create a group that seemed like any friends group.

"I'm so happy with this cast," he told me. "I set out to find a group that — if you squinted at them — you'd swear you were seeing your own old friends."

Tomsic did share a few thoughts about his main characters:

Ed Helms (who plays Hoagie) is all heart and willing to be vulnerable.

Jon Hamm (Bob) is the adult of the group — flawless in that annoying way that one friend we all have can be.

Jake Johnson (Chilli) is the nihilistic friend everybody has, but who is sweet deep down inside.

Hannibal Buress (Kevin) is the one who thinks on a totally different wavelength, and can get stuck in his own head.

And Jeremy Renner (Jerry) is the mischievous one, who also happens to have the superpower of never being tagged.

It's like that old barroom go-to conversation starter: If they made a movie of your life, which Hollywood actor would you want to play you? Only this time, it's for real.

Jon Hamm, of course, would be a popular choice. Even Tomsic said he might be the only one who doesn't remind you of an old friend — "He's better looking than my friends at least," Tomsic says.

So if I had to predict how screenwriter and Spokane native Mark Steilen embodied the 10 real Tag Brothers into the five movie Tag Brothers, based on my knowing way more about all of them than I could print last week, it would go something like this:

The original print version of this article was headlined "Tag Outtakes"

Tag is not showing in any theaters in the area.