As the first city of Spokane contracts go up for open bargaining, a local judge says a voter-approved transparency requirement is illegal 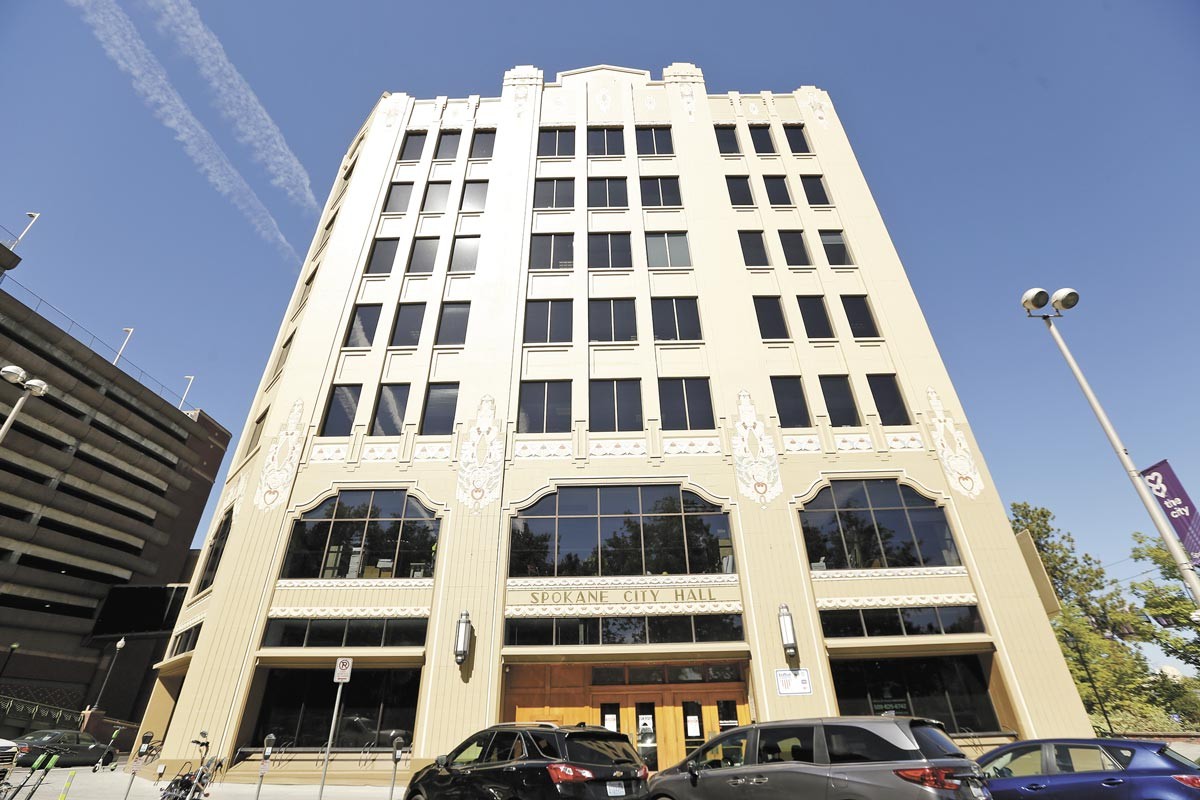 Young Kwak photo
Spokane city voters may not ever see an open bargaining session, depending on the outcome of a recent lawsuit.

Unions that don't want the public to listen in on their contract negotiations with government employers received a major victory this month, when a Spokane County judge tossed out a measure requiring open public bargaining.

In an oral ruling on Aug. 13 (expected to be incorporated into a signed order), Spokane Superior Court Judge Tony Hazel said that a 2019 ballot measure passed by Spokane city voters was misleading and violates Washington's Constitution. He therefore found that the city can't require open bargaining.

The measure in question saw 77 percent of city voters in that election support opening up bargaining between unions and the city so that reporters and citizens could listen in on the negotiation process. The city charter — sort of like the city's constitution — was amended to require open public bargaining.

Once the final order is signed, the city won't be able to enforce that open bargaining provision unless it successfully appeals Hazel's decision. The proposed order awaiting the judge's signature (which could happen this week) grants summary judgment to the union and finds that Section 40 of the Spokane Charter is unconstitutional.

The city's largest union, Local 270, which covers most employees aside from police, fire and management, was supposed to start negotiating a new contract at the end of 2020.

But the union sued the city in May after months of back and forth, as the city tried to set ground rules that included open negotiating sessions while the union declined to meet in public.

"We're very pleased with the outcome of the court decision and hopefully the elected officials over there will see it for what it is and bargain contracts like we've done since 1966," says Chris Dugovich, president and executive director of the Washington State Council of County and City Employees, which bargains on behalf of Local 270. "There's nobody cutting backroom deals. We've negotiated hundreds of contracts across the state and probably over 100 in the city of Spokane and in Spokane County with little or no disruptions to public service."

But proponents of allowing the public to sit in on bargaining sessions point out that some negotiations between unions and the city have stalled for months or years in the past. In cases such as the Spokane Police contract that went unresolved for about four years, the public wasn't able to hear specifically which offers and demands were made from either side until final agreements were presented to the City Council.

"The city really must appeal," says Chris Cargill, Eastern Washington director for the Washington Policy Center, a conservative think tank. "The city has to step up and say this is an inaccurate, unfair ruling that goes against the citizens' best interests."

It's not clear yet if the city will appeal.

"We have no comment regarding this pending litigation," Jessica Goldman, the Seattle attorney representing the city of Spokane in the civil suit, writes in an email to the Inlander.

Dugovich argues that public interests are already protected since the public gets to see contract proposals when they go up for a vote at the City Council. Those elected officials can approve or reject contracts.

"When they start talking about transparency, they're not being honest," Dugovich says. "When we negotiate a contract, the results are always public and have an open hearing process where people can comment if they choose."

He says similar open bargaining requirements passed by resolution in Spokane County, Lincoln County and other jurisdictions are all just part of a larger effort from conservative organizations and politicians to make things harder on unions. He says it's a bullying tactic for one side to require such a thing from the other side.

"The underlying thing is that these politicians listen to the Freedom Foundation and Washington Policy Center," Dugovich says, "and it was nothing more than an attempt to throw a monkey wrench into the process."

But in Spokane, it was voters who approved the charter change. Would Dugovich describe the voters as bullies, too?

"I think it's like selling ice cream, it sounds really good at first, but it melts quick," Dugovich says. "The law does not provide for counties and cities to amend any laws the way they wish."

Indeed, Seattle attorney Phil Talmadge, the former Washington Supreme Court justice representing Local 270 in the lawsuit, says it all comes down to whether bargaining rules at the state level preempt local rules. The state Supreme Court has tossed out voter initiatives many times when they conflicted with state rules, he says.

"The Legislature has said this is how collective bargaining is to occur," Talmadge says. "Everything in state law has said it's negotiating between an employer and an employee organization. ... Having somebody [else] in the room in these circumstances is something that isn't allowed."

But Cargill argues that state law specifies who is allowed to do the actual deal making, not who can sit in the room.

"What that state law refers to is the fact unions have the right to be certified as the only entity permitted to negotiate employment conditions on behalf of the group they're negotiating for," Cargill says. "That does not mean that no one else can be in the room to listen in or be part of the negotiations."

Nearly half of all states allow for some type of transparent collective bargaining, Cargill says, emphasizing that Spokane's measure does not enable the public to actually comment at negotiating sessions.

"It just says it can't be hidden from public view, and that's the way all government should be, frankly," Cargill says. "If people are going to be responsible for footing the bill, they have a right to know what's being negotiated on their behalf."

"It's an issue that has profound implications statewide," Talmadge says. "We'll try to get this in the Supreme Court as quickly as we can if they appeal."

That saves time by skipping the appeals court since this issue has statewide significance, he says.

"I suspect just about every labor organization in the state will want to weigh in," Talmadge says. ♦