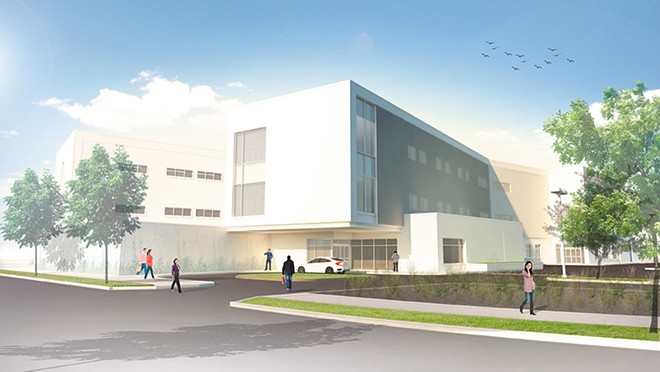 An architectural rendering of the new behavioral health hospital, to open in 2018.

After wrapping up her tenure as CEO of Eastern State Hospital, Dorothy L. Sawyer has taken a new job as CEO of a 100-bed psychiatric hospital currently being built in Spokane.

"We're incredibly excited about having her," Fairfax CEO Ron Escarda says. "She's got just a tremendous breadth of experience."

Sawyer, who led Eastern State from August 2013 until the end of March of this year, earned both her undergraduate and graduate degrees from Eastern Washington University. She worked as a nurse in the Spokane area before holding CEO positions at two Arizona hospitals and then returned to the area for the Eastern State job.

The hospital, a joint effort by Fairfax Behavioral Health and Providence Health Care, is slated to open this fall and will significantly add to the number of mental health beds available in the area.