As they enter their 40s, the members of Seattle trio Wimps go back to their fast, fun punk roots 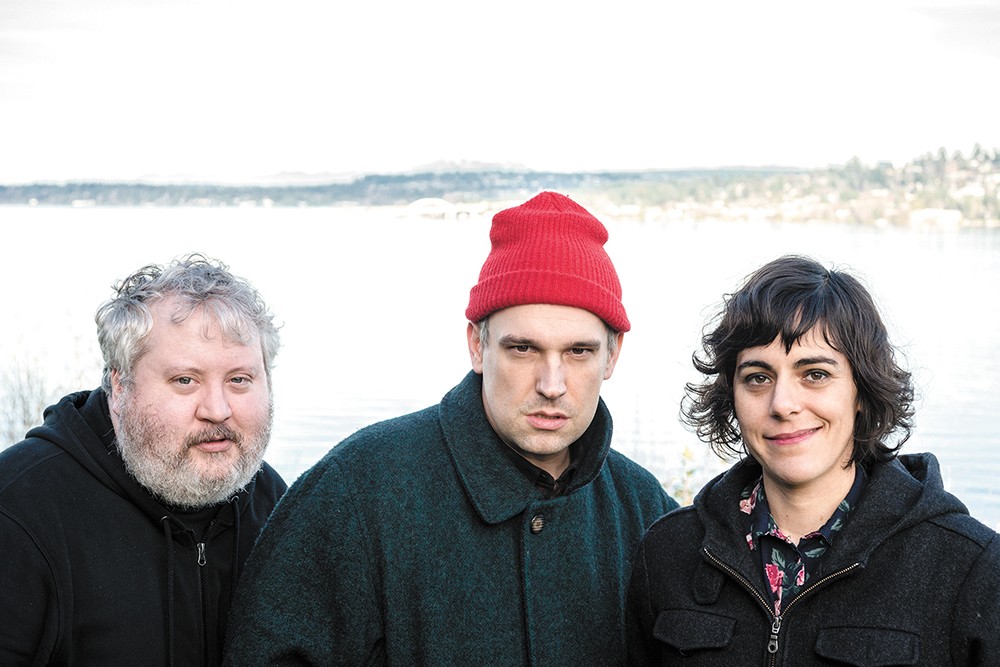 Nathan Palace photo
Wimps got together just to have a little fun. Six years later and they're one of Seattle's more prolific rock bands.

"We're all older, we all have jobs," admits Rachel Ratner, frontwoman of the prolific, Seattle-based slacker-punk trio Wimps. "We never really expected being in a band could be something other than just having fun."

Fun is only one of the many elements the band has experienced in its whirlwind of action over the past three years. The waypost for Wimps' rise in acclaim among punkers has undoubtedly been signing to the influential and ingrained Northwest punk label Kill Rock Stars (KRS), whose roster has included iconic artists like Sleater-Kinney, the Thermals, Deerhoof and Xiu Xiu. And since joining the KRS family in 2015, Wimps have released two full-length albums, an EP and toured across the U.S. — and Japan. Ratner, along with bassist Matt Nyce and drummer Dave Ramm, acknowledge the combo is in a unique situation.

"It's very validating and humbling in a way," says Ratner. "I don't think there are a lot of late 30s [and] early 40s people who get to be a punk band and tour around."

Enter Garbage People, the band's brand-new LP (the second through KRS). In short, the album is a marriage of the group's previous full-lengths, Repeat (2013) and Suitcase (2015): The rawness and anger of the debut record returns to the mix after Suitcase's more anthemic, melodic, less-is-more effort.

"That first one [Repeat] was more lo-fi, punk and fun," says Ratner. "On the second one [Suitcase] I was trying to be a better songwriter maybe ... sort of at the expense of some of the faster, fun punk."

Garbage People wastes no time rolling into "faster, fun punk" with the opening "Giant Brain," a minute-and-a-half, 6/8-timed scorcher that flirts with the more science-fiction sector of the Spits' catalog or an unceremonious Devo gem.

Two other blazers from Garbage People that should not be skipped are "Trip Around the Sun" and "Insomnia." The former is a bare-bones, snotty, Wire meets the Damned blitz — packed with a few immaculately-placed vibraslap hits — that initially feels like a haphazardly-disguised, acid-dropping riddle. However, the piece is actually the band's version of a birthday song. (According to Ratner, a friend has traditionally proclaimed "another trip around the sun, successfully done," whenever appropriate.)

"Insomnia," the album's closer, showcases the band's ability to write powerful and hooky harmonies that serve as passengers on a speed train of crisp, straightforward punk-rock 'n' roll akin to the Real Kids. The music plows, but the lyrics and melody are essentially punking the listener.

"All of us [in the band] have suffered from insomnia at one point or another," says Ratner. "I thought it'd be fun to make a song that kinda felt like having insomnia, like it just kinda keeps going on and on."

Part of the band's return to releasing quick and feral material can be credited to Seattle producer and engineer Aaron Schroeder, whose work on the first album helped introduce Wimps' punch to the rest of the world. Despite being based in a city with several world-famous producers at their collective fingertips, Ratner affirms Schroeder is a solid match because of his easygoing, ego-free attitude; his creative input comes without any sort of personal agenda.

For instance, shooting down a suggestion from Schroeder — like adding "40 different reverbs" to a track — bears no consequence or risk of hurt feelings.

"He wants to do what we want and make us sound most like ourselves," she says. "It's laid back and it's our style."

Another ingredient in the trash-happy stew that is Garbage People is Ratner's guitar work. Though she confesses to not being "too technical of a guitar player," it is apparent her surroundings and contemporaries continue to influence her style.

"There were a lot of [Northwest] bands, like the Intelligence, Unnatural Helpers or the A-Frames, that I thought had a pretty stark, stripped-down guitar sound," she says. "I've always liked that. I've never been one to have a lot of pedals. In fact, I have my first pedal now for the first time in seven years, and it's one that somebody made me." ♦