Sam Artzis is exhausted. As both an emergency room doctor and the public health officer in rural northeast Washington, he's spent more than a year trying to convince people to take COVID-19 seriously.

But now more than ever, he fears there's a "perfect storm" brewing that will devastate his community. In the Northeast Tri County Health District — where Artzis is health officer — just over one-third of people 16 and older have initiated vaccination. Yet the more contagious Delta variant has arrived as the dominant strain there, and people are attending large indoor gatherings more now that the state has lifted restrictions.

It's a recipe for "the next onslaught" of preventable disease, death and economic fallout, he says.

"I'm past frustrated. I'm tired," he says. "But what we need to do now is just focus on the next challenge and try to be as prepared as we can with the limited resources we have in the Tri County area."

In Washington as a whole, more than 70 percent of people 16 and older have initiated vaccination for COVID-19. But that number doesn't reflect the wide disparity between urban and rural vaccination rates, and health officials like Artzis are warning that rural Eastern Washington remains vulnerable to deadly COVID-19 outbreaks and possibly more shutdowns.

Efforts to vaccinate more people in rural areas, meanwhile, have stalled. The low vaccination rates in northeast Washington are no longer due to a lack of supplies or resources. It's more often due to people's politics and ideology — something that health officials say they have a difficult time overcoming.

"We believe we'll continue to see cases long in excess of what heavily vaccinated communities will," says Northeast Tri County Health District administrator Matt Schanz. "We're going to be dealing with this much longer than others."

While there's a stark difference in vaccination rates between rural and urban areas in Washington, population density isn't actually the best predictor of vaccination rates. A stronger correlation is with the presidential election: Counties with a higher share of votes for Donald Trump have had lower vaccination rates.


Asked how to address this problem, Gov. Jay Inslee says the state has made "Herculean efforts" to share scientific information with the public about the vaccines, through social media, television and engagement from the medical community. He urges Washingtonians to "forget ideology" and to make decisions for their health.

"The most persuasive people about this are not politicians," Inslee says. "They're physicians and nurses and physician's assistants."

That reflects how the messaging on vaccines has shifted in rural areas. At first, rural health districts like Northeast Tri County were holding mobile and pop-up vaccine clinics, ensuring access for everyone who wanted a vaccine. The Range Community Clinic, a mobile clinic affiliated with Washington State University, has traveled to rural parts of Eastern Washington as well to vaccinate residents there. 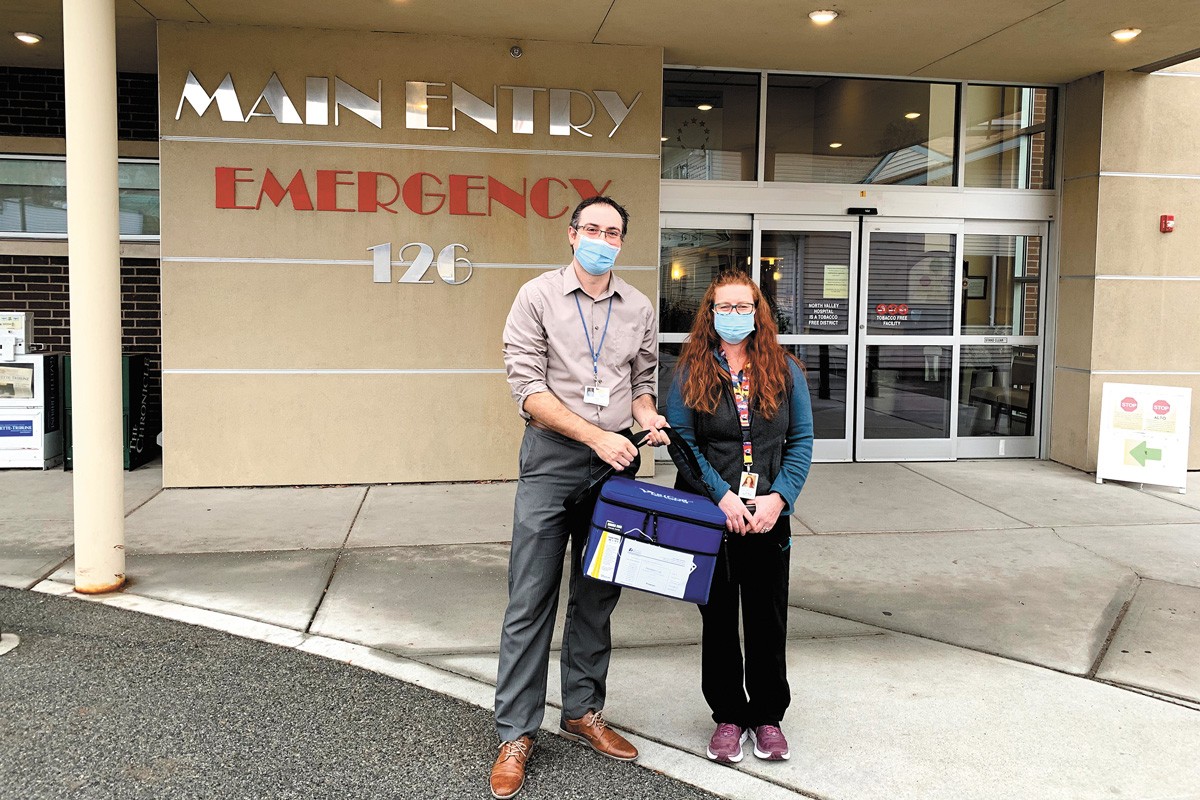 Increasingly, however, there's not enough demand to justify staffing mobile or pop-up clinics, Schanz says. If people haven't got their vaccine by now, convenience or access is unlikely to change that.

"Now it's down to a conversation with physicians and their patients," he says.

Some doctors have had success with that. Thomas Boone, a doctor in Chewelah, says his practice has given out about 500 vaccine shots on its own — a high number for a town with a population of less than 3,000.

Boone says the sheer amount of misinformation he hears from patients can at times be difficult to overcome. He's heard from patients that the vaccine is going to change their DNA, that it's going to make them sterile, or that it will give them COVID — all verifiably false claims.

"We had one patient that said she didn't get the vaccine because a friend got it, and after the friend got it her dog died," Boone says.

Artzis says that may be because of an outbreak this spring in Republic — a town located in Ferry County. Ferry County saw a spike in vaccinations right afterward, but it didn't last. He adds that certain members of the medical community, like hospital leadership at Ferry County Hospital, have taken a proactive role in vaccine outreach.

Ultimately, people in northeast Washington aren't going to trust the government, Artzis says. Artzis says he has much better luck persuading people to get a vaccine when he's speaking as a patient's doctor at Ferry County Hospital than he does as the public health officer.

Relying on medical providers to persuade patients only works, however, if the providers themselves believe in the vaccine. But in northeast Washington, Artzis says based on his conversations with health care leadership in the area, only about half of providers have taken the vaccine.

"I think that's wrong. They're not going to give their patients good information to make that decision to get vaccinated if they themselves have reservations, whether it's political, religious, philosophical, or scientifically based," Artzis says. "So yeah. I do not see, objectively, our numbers getting significantly better anytime soon."

Artzis considers himself an optimist.


The future he envisions for northeast Washington, however, is grim.

Without a significant uptick in vaccination rates, and without any statewide restrictions on indoor gatherings, the Delta variant will take off. It already has become the dominant strain in northeast Washington, making up 58 percent of cases since June 20, local data says. Yet concerts and community events will be held, with some people not following guidelines and attending even though they're feeling sick, Artzis says.

As a result, COVID-19 hospitalizations in the area will keep increasing. The hospitals are struggling with capacity already, Artzis says. That's only going to get worse.

"Come this fall, with hospitals not having capacity, knowing the Delta variant's coming, knowing people have made decisions not to be vaccinated, it only is the most reasonable conclusion that we're going to be in trouble," Artzis says.

Artzis will see more and more COVID patients in the hospital. Many won't show up until they're severely sick, increasing their chances of dying.

"To tell people that we're going to have to do this again, it's going to be a real challenge. And we have great resistance to that — not just here, but in [Spokane] as well. It's going to be ugly."

The hospitals, unable to increase their staffing, might have to cancel elective surgeries. Patients seeking non-COVID health care will find it difficult to get the care they need. Cancer patients may have to wait for procedures. Patients with severe back issues won't be able to get relief.

"There's going to be an extended suffering period for those people as well," Artzis says.

There won't be enough staff to do contact tracing. More localized COVID-19 outbreaks may go undetected until it's too late. Then, Artzis says, schools are going to open fully in-person. He anticipates controversy over whether teachers and students will have to wear masks or not. Without masks, the outbreak will worsen, he says.

Businesses will suffer. If the spread of COVID-19 is bad enough, Artzis worries there will need to be more restrictions placed on businesses again.

It won't go over well.

"We've had a taste of the good life for a month, with people feeling normal again," he says. "To tell people that we're going to have to do this again, it's going to be a real challenge. And we have great resistance to that — not just here, but in [Spokane] as well. It's going to be ugly."

Essentially, it's the same scenario he feared last year, right when the pandemic arrived in Washington. Granted, it took longer than he expected for COVID-19 to make much of an impact in northeast Washington, but when it did, it was just like the outbreaks in urban centers.

This time, with vaccine rates as low as they are, rural Eastern Washington will get hit worse than the bigger cities.

The original print version of this article was headlined "'Perfect Storm'"