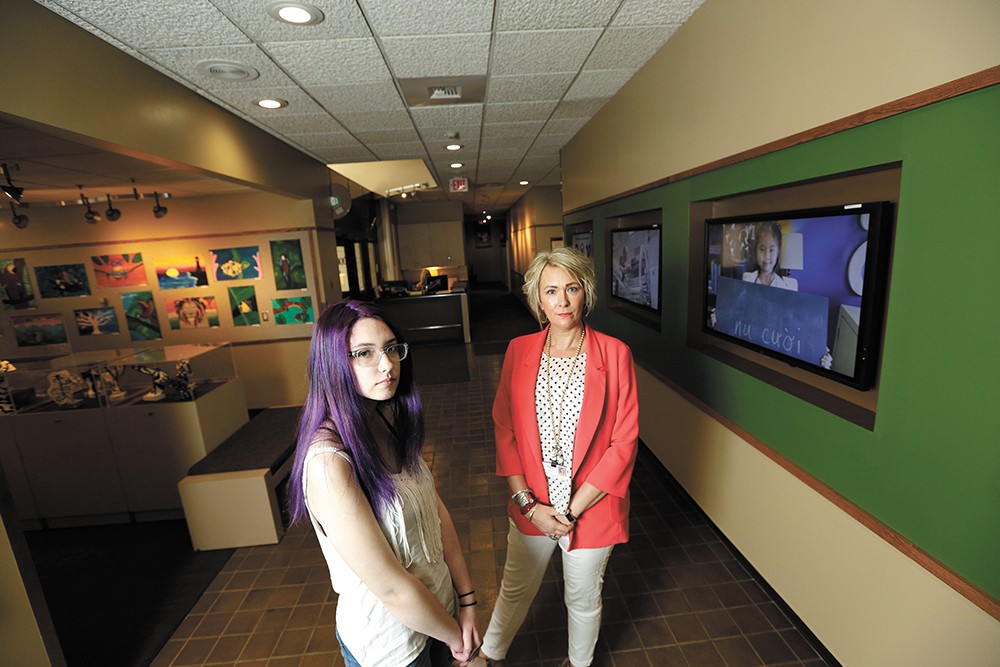 Nearly 20 percent of Spokane County's eighth, 10th or 12th graders have seriously considered suicide, according to the Spokane Regional Health District. In 2016, the last year data was publicly available, 15 percent reported that they made a plan to do so.

And suicide attempts are spiking as well, even among kids in elementary school, says Chris Moore, a student services coordinator with Spokane Public Schools.

"We've seen a drastic increase with the number of attempts," Moore says. "It's a public health crisis. It really is."

The climbing rates of suicide and suicidal ideations mirror national trends in the last decade. And here locally, school and health officials are trying to find out why, trying to prevent future tragedy.

"When a child takes his or her life, you want to put meaning to that," Moore says. "Why did they do it?"

"You get to know these kids," he says. "Any time you experience that loss, it has a really strong emotional impact on the community."

When Fisk is told that a student committed suicide, he then notifies district administration. The district, led by Moore, mobilizes a crisis team to provide support for students and staff.

But the administrators at the school and district level are also scouring the student's social media account for clues. They talk to teachers and students — anyone who'd recently been in contact with the student. They reach out to family. They're trying to figure out why.

"We are this entity of not only educating kids but providing social, emotional and personal safety in addition to physical safety," Moore says. "Is there anything we can discover with these investigations — was there a pattern? Was there bullying?"

People often point to bullying as the culprit. But each time Moore and the team of school and district administrators have investigated the reasons behind a student suicide in the last four years, bullying has not been found to be a direct cause.

Rarely, Moore says, does the student fit the stereotype of a withdrawn, sullen teenager isolated from family and friends.

Typically, it's been students battling mental illness or personal issues that the family is aware of. A few students were in therapy. In multiple cases, family and friends thought the student had recently started to feel better after struggling with depression, and they were shocked when the child decided to end their life.

So far, their investigations have failed to yield any real pattern or trend.

"That is definitely one of the things that is most challenging," Fisk says. "Everybody wants to know why, but there's no real indicator to say this is specifically why."

Rather, it's a combination of risk factors. Depression, anxiety and low quality of life are the top three relative risks among kids who seriously considered attempting suicide in 2016, according to Spokane Regional Health District. Lesbian, gay, bisexual and transgender students also are more likely to seriously consider suicide, data show. 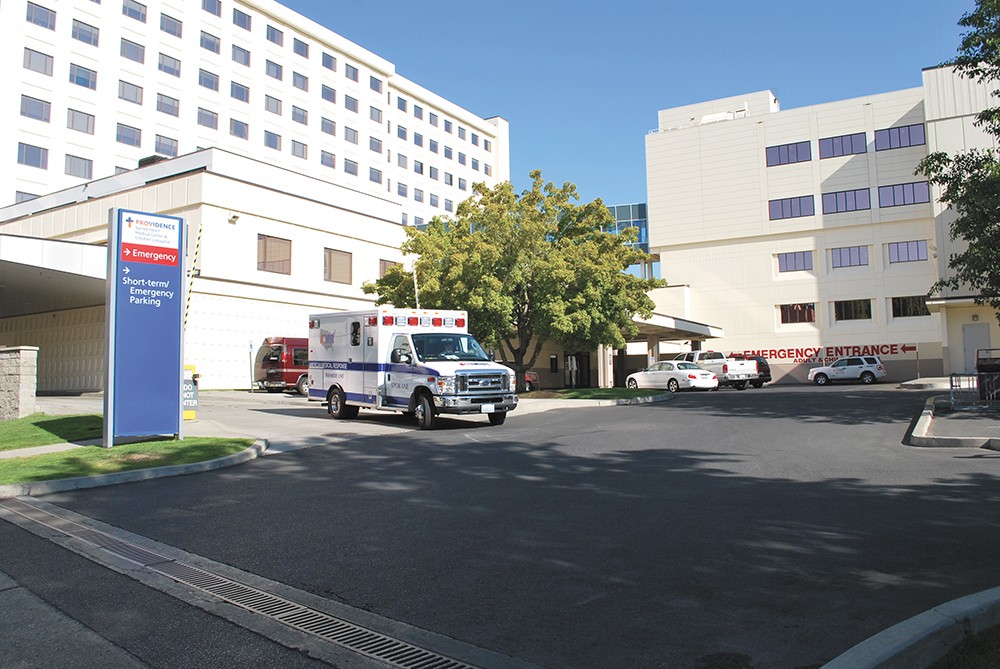 The Psychiatric Center for Children and Adolescence accepts kids 12-18 for inpatient care.

But there's another factor that some school and health officials think could be behind the national surge in youth suicides: social media. Moore says it can make kids feel more isolated — they see their friends post only positive things, which can make a child suffering from depression think they're the only one suffering. It takes away human interaction that can help a depressed kid, she says.

Research is beginning to find a correlation. A paper published in the journal Clinical Psychological Science last fall, for example, suggests that the more time teens spend on smartphones or other screens, the more likely they are to feel depressed and think about suicide.

Tom Cutting, a family therapist at Sacred Heart Medical Center's emergency department, says there's plenty of speculation that social media might be a factor in the climbing youth suicide rates in the country.

"A lot of professionals in mental health do feel that social media is playing a role," Cutting says. "Because if you look at the timeline of these troubling, dramatic increases in suicide rates, it's started spiking in the last 10 years. And that really does correlate to when social media came online in our culture."

Whether or not it's the actual cause for depression and suicidal ideations among youth is unclear. It could push kids toward isolation. Conversely, kids who feel isolated from others could be more drawn to social media.

Ultimately, he says, mental health professionals are still trying to find out what's causing an increase in youth suicides.

Cutting says even if researchers haven't figured out the root causes driving youth suicides, treatment can help. The Psychiatric Center for Children and Adolescents at Providence Sacred Heart Medical Center provides inpatient care for kids who need immediate care. If they don't, then kids will be connected with outpatient treatment, he says. Children under 12 who need inpatient treatment, however, would be referred to Kootenai Behavioral Health or Seattle Children's hospital.

Moore hopes to see an increase of mental health counselors in schools. But most of all, she recommends that parents reduce their child's screen time and encourage more conversation. And the adults should be the example.

"We as adults need to put our feet down and say we're going to put our phones away," Moore says.

She stresses that everyone needs to be aware of the signs and symptoms among children struggling with suicidal thoughts — the extreme changes in behavior, sudden withdrawal or increase in screen time. Kids of any age can be dealing with it.

"Families need to know that depression and anxiety show no discrimination," Moore says.

After a suicide, schools in Spokane won't hold a memorial. They don't decorate lockers or allow teddy bears and flowers as a remembrance of the student. That, Moore says, would prompt contagion, making it more likely another suicide would follow.

But that doesn't mean students aren't encouraged to be open about suicide as a topic. Jackee Smith, a junior at Rogers High School, wants more people to talk about it.

"There's a difference between glorifying it and talking about it," Smith says.

Smith sees her friends posting things on social media about how they want to "end it all," how they "want to die." She saw how two suicides by North Central High School students in the last year shook the community. Kids at her own school knew those students.

"It's really hard for them. You see this kid in the hall every day and then all of the sudden they're gone," Smith says. "And you don't know how you could have helped."

So Smith made it her goal to raise awareness. Last month, she put together a Mental Health Awareness Night at Rogers to help prevent suicide. She got the word out using social media — it can be an "enemy" when it comes to mental health, she says, but it can also help with advocacy. Next year, she wants to hold a similar event at every high school.

Students, Fisk says, can be exactly the kind of voice for change that the community needs. He says a group of students at North Central responded to the barrage of suicides by advocating for mental health awareness. They understand how to support their peers, Fisk says.

"They're on the front lines," Fisk says.

"A lot of kids don't know there's help out there," Smith says.♦

Help is immediate for all situations

The original print version of this article was headlined "'Why Did They Do It?'"