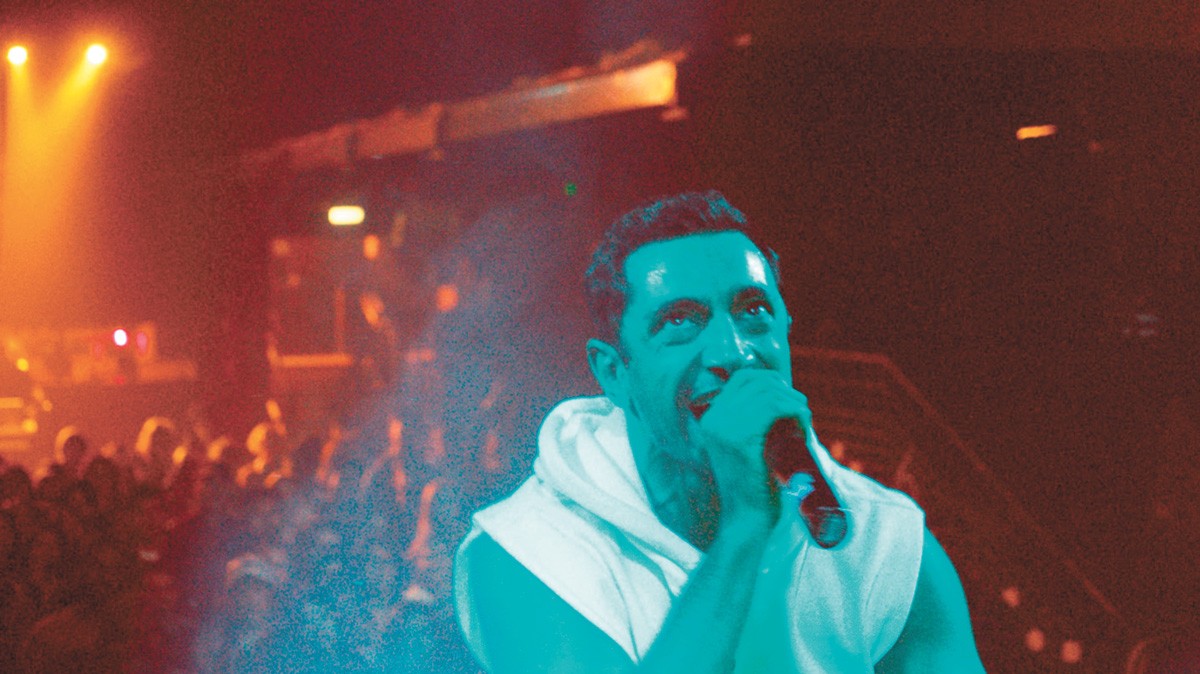 Every spring, I look forward to heading across the state for the Seattle International Film Festival, where I usually spend five or six movie-filled days, devouring an unhealthy number of Dick's burgers in between screenings. 2020, of course, had different plans for all of us.

After a hiatus last year, SIFF is returning via online platforms for its 2021 edition, offering 92 features and even more shorts, as well as filmmaker Q&As and virtual hangouts. I attended (from my couch, of course) this past weekend, and here are some of the highlights from my first few days at the festival. All of these titles will be available as on-demand rentals through the end of the festival on April 18.

All Those Small Things
James Faulkner, who's been in everything from I, Claudius to Downton Abbey to Game of Thrones, stars as a veteran game show presenter who's living in London and reeling from the unexpected death of a friend. He receives a letter from a fan in Eastern Washington that inspires him to hop on a plane and head this way, where he encounters dive bars, seedy motels and an aspiring rapper living in an ultra-modern house in the middle of nowhere — you know, Spokane! What follows is a pretty standard fish-out-of-water comedy, as Faulkner learns to become less uptight by way of wacky shopping montages and a third-act change of heart. You can still have a lot of fun spotting all the Inland Northwest locations, including Hogwash Whiskey Den, the Bull Head Saloon, North Bowl and various shops in the Garland district.

Amy Tan: Unintended Memoir
Novelist Amy Tan exploded onto the literary scene with her 1989 debut The Joy Luck Club, an exploration of mother-daughter relationships in the Chinese-American community that resonated with mainstream audiences while drawing criticism for the way she portrayed Asian characters. The new documentary Unintended Memoir, the final film from late director James Redford, looks at Tan's literary legacy but also at her turbulent past, which involved two childhood tragedies and a fraught relationship with her own mother, whose stories inspired Tan's best-known work. If you're only familiar with Tan through The Joy Luck Club, this will bring so much more context to that powerful book. The film premieres on PBS on May 3 as part of its American Masters series.

In the Same Breath
Documentarian Nanfu Wang previously examined the sociopolitical inner workings of her native China in One Child Nation, and this time she trains her cameras on Wuhan in the early days of the COVID-19 outbreak. In the Same Breath looks at how medical professionals trying to sound the alarm were actively silenced, how President Xi downplayed the crisis to the public, and how the government parroted questionable talking points and allegedly covered up death numbers. Of course, the U.S. response wasn't any better, and one of the film's most effective passages juxtaposes China's news footage with our own. It's a harrowing watch, for obvious reasons, and it's set to be released on HBO Max later this year.

Mogul Mowgli
A British-Pakistani rapper returns to his childhood home before embarking on a tour that will finally push him into the mainstream spotlight, only to discover he has a degenerative disease causing his muscles to atrophy. If this sounds a bit similar to the Oscar-nominated 2020 film Sound of Metal, you're not far off, because both films star Riz Ahmed. This one, however, has been a pet project for Ahmed — he's a rapper himself, and he co-wrote the script with director Bassam Tariq — and he is (no surprise) terrific in it. It doesn't do itself any favors coming out on the heels of Metal, which is the superior film, but it differentiates itself by examining Ahmed's own Muslim upbringing and what it means to be successful in that community.

Street Gang: How We Got to Sesame Street
Who doesn't love the Muppets? And who doesn't want to watch a documentary about them? In fact, there have already been nonfiction features about the popularity of Elmo and Big Bird, but the new doc Street Gang focuses on the producers, directors, writers and network heads who first brought the groundbreaking series Sesame Street to the air. There's plenty of history here that you might not know — how the show was specifically designed with inner-city children in mind, how it brought a newfound diversity to television screens, and how the children of its creators and stars feel about their parents' legacy. It premieres on HBO April 23.

Summertime
If you saw 2018's Blindspotting, you'll no doubt remember the climax, which framed a dramatic confrontation in a burst of fiery hip-hop. Director Carlos López Estrada's follow-up Summertime is like a feature-length extension of that scene, an unlikely combination of La La Land, Richard Linklater's free-floating Slacker and a slam poetry performance. The film wanders around Los Angeles over the course of a single July day, and its diverse cross-section of characters — lonely hearts, rappers, graffiti artists, disgruntled fast-food workers, anti-gentrification activists — express their frustrations and observations through verse. Some parts are insufferable and others are inspired, so it's kind of like your average open-mic night, but its sheer amiability won me over in the end.

There Is No Evil
The circumstances surrounding Mohammad Rasoulof's latest film are as fascinating as the film itself. Because of the political underpinnings of his work, the Iranian director has been prohibited by his country's government from making any new movies, yet he managed to make this one in secret and had it smuggled out of the country. It has since taken the top prize at the Berlin International Film Festival and is set for a U.S. theatrical release next month. There Is No Evil is an epic about morality and forgiveness, made up of four seemingly disconnected chapters that each explores Iran's rigid system of capital punishment, with people on both sides of the gallows interacting in unexpected ways. It's a powerful, twisty film that doesn't end up where you think it might. ♦