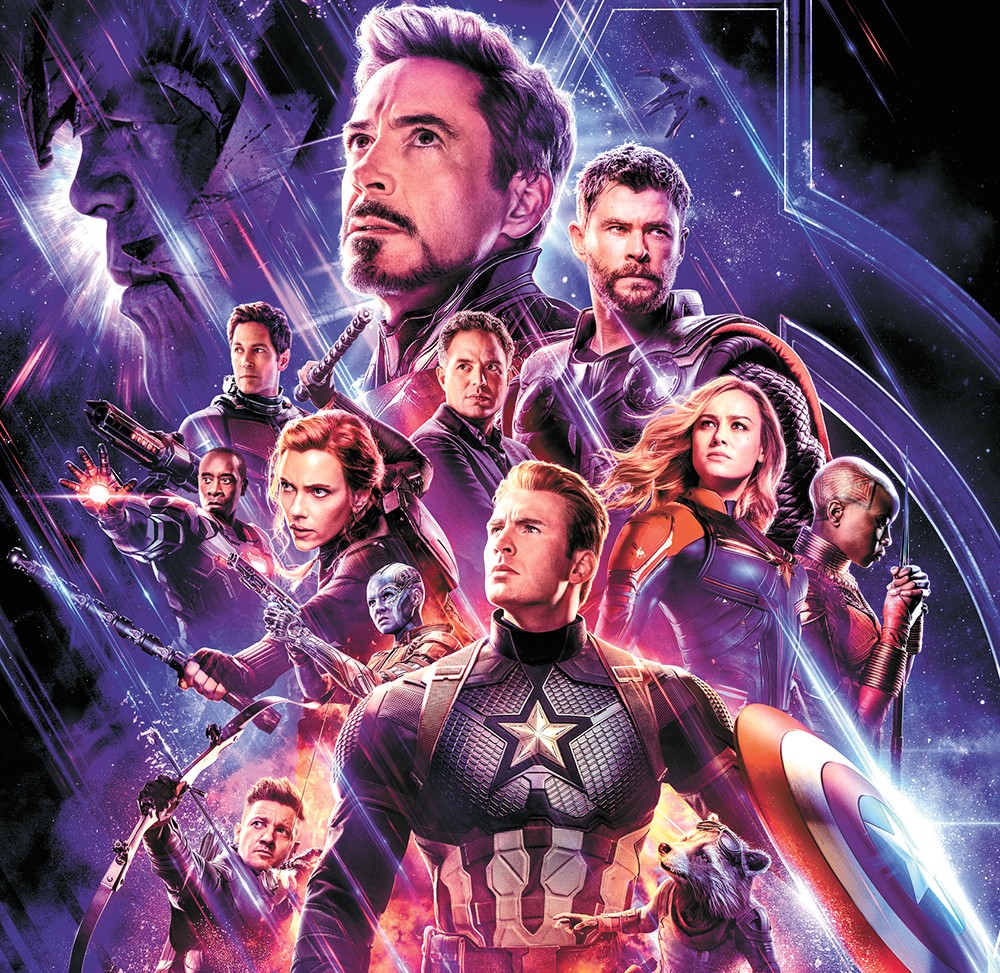 We have some thoughts on what comes next.

Avengers: Endgame, the 22nd entry in the Marvel Cinematic Universe, is hitting theaters this week. Maybe you've heard about it. As of press time, only a select few have seen the summer's most anticipated release, but it's expected to bring a (relatively) definitive end to a decade-long saga that has grossed billions of dollars and changed blockbuster filmmaking forever.

Not that the studio needs any advice, but we're offering up some helpful suggestions for what the MCU should do differently going forward. Hey, Marvel — listen to us! We have good ideas!

GIVE YOUR HEROES CATCHY THEME TUNES

The most exciting moment of the Spider-Man: Far from Home trailer comes in the very last moments, when the orchestral score starts to thrum with a few familiar notes. That... that's the Spider-Man theme! By lifting the theme from the 1967 Spider-Man cartoon and giving it a blockbuster remix, Marvel had come up with a better theme than the 21 previous Marvel movies. Because that, more than anything else, has been the biggest missed opportunity of the Marvel series: Think of how iconic the specific themes of Star Wars and Lord of the Rings became. Think of how composers like John Williams and Howard Shore were able to develop specific musical themes, and then remix elements of those themes at crucial moments. Now think of the diverse array of heroes in the Marvel stable, all of whom could have been infused with the sort of catchy tunes that high school bands would be playing today. When all else fails, steal. Or, rather, license. Don't just settle for playing "Immigrant Song" — remix the sucker. Want Thor to feel sad? Slow it down and add a mournful cello. Just give me something I can hum. (DANIEL WALTERS)

Ever since Edgar Wright walked away from Ant-Man due to supposed "artistic differences," the head honchos at Marvel seem to have gotten the memo: You rarely get a visionary film without a visionary in the director's chair. They've started hiring filmmakers with distinct voices and styles — Taika Waititi, James Gunn, Ryan Coogler, the Russo brothers — and have handed entire franchises over to good directors with little blockbuster background, like former music video helmer Jon Watts (Spider-Man: Homecoming) and indie duo Anna Boden and Ryan Fleck (Captain Marvel). They should take this approach up a notch. Bring in an old pro, and let them do whatever they want. Have the courage to release a movie that totally defies the factory settings of the standard Marvel product, that doesn't look or move or feel like its predecessors. I mean, people will still pay to see it. Think about what Steve McQueen or George Miller or Kathryn Bigelow could do with a Marvel property — assuming they'd want to even take the assignment. (NATHAN WEINBENDER)

STEAL THE ACTION DIRECTION FROM THE MISSION: IMPOSSIBLE SERIES

You've got your Captain America elevator fight. You've got your Hulk vs. Hulkbuster smackdown. But when's the last time you actually felt nervous during a Marvel action sequence? By contrast, think of how you feel when watching Tom Cruise hang off a helicopter skid during a Mission: Impossible movie. Marvel should match that. But first, it has to lean into vulnerability. Handicap your heroes. Iron Man is most thrilling when he's working at 10 percent power and half a suit. Black Panther's fights were best when he'd gobbled down the power-stripping berries, ditched the claws, and was lobbing bare-chested haymakers atop waterfalls. The airport tarmac rumble in Captain America: Civil War gets praised for its playful comic-booky chaos, but it was empty of emotion or tension and ploddingly paced, the cinematic equivalent of backyard wrestling. By contrast, the Civil War scene that actually worked was the smaller one at the end, the one driven by character-based emotion. You could hear how hard the punches hit. You were worried for the characters. It was the closest Marvel ever got to the brutal bathroom brawl of Mission Impossible: Fallout. (DW)

Oh so slowly, Marvel is beginning to figure out how to make their villains as good as their heroes. Marvel learned to stop hiding a villain's personality under CGI and makeup, and that making villains a tad sympathetic actually strengthened them. In Spider-Man: Homecoming, Vulture showcased a wry blue-collar charm — and harnessed the inherent terror that every high schooler feels around his girlfriend's dad. Killmonger made some damn good points in Black Panther, and carried a swaggering charisma. Even Thanos, such a dull lunk in countless post-credit sequences, was endowed with a sort of melancholic nobility in Avengers: Infinity War, a welcome contrast from the countless other cackling mustache-twirlers who've wanted to destroy half the universe. The next step? Make a villain who's actually scary. If Marvel can't find anything to their tastes in its existing rogues' gallery — create a new character. That's what screenwriters used to do in the olden days, before the dark times. (DW)

You can only snap your fingers and destroy half the human race so many times before we start to shrug it off. Instead of doubling down on the stakes each time, Marvel should do the opposite. Consider that one of the best sequences in the MCU comes near the beginning of Avengers: Age of Ultron, and doesn't involve any feats of derring-do: It's a scene in which our heroes sit around getting drunk and challenging one another to lift Thor's hammer. It's really the only time Age of Ultron is a straight-up delight, and it made me realize that I'd totally watch a movie that's just superheroes hanging out, Breakfast Club-style. Or saddle the characters with the mundanities of the real world: What would happen if Star Lord got stuck with jury duty, or Bruce Banner went to Costco on a Sunday? OK, not really, but if the resulting movie is funny, cleverly written and visually inventive, we won't care that the fate of the entire world isn't hanging in the balance. (NW) ♦

The original print version of this article was headlined "Listen Up, Marvel"

Avengers: Endgame is not showing in any theaters in the area.