Jim Boyd garners another honor for his music 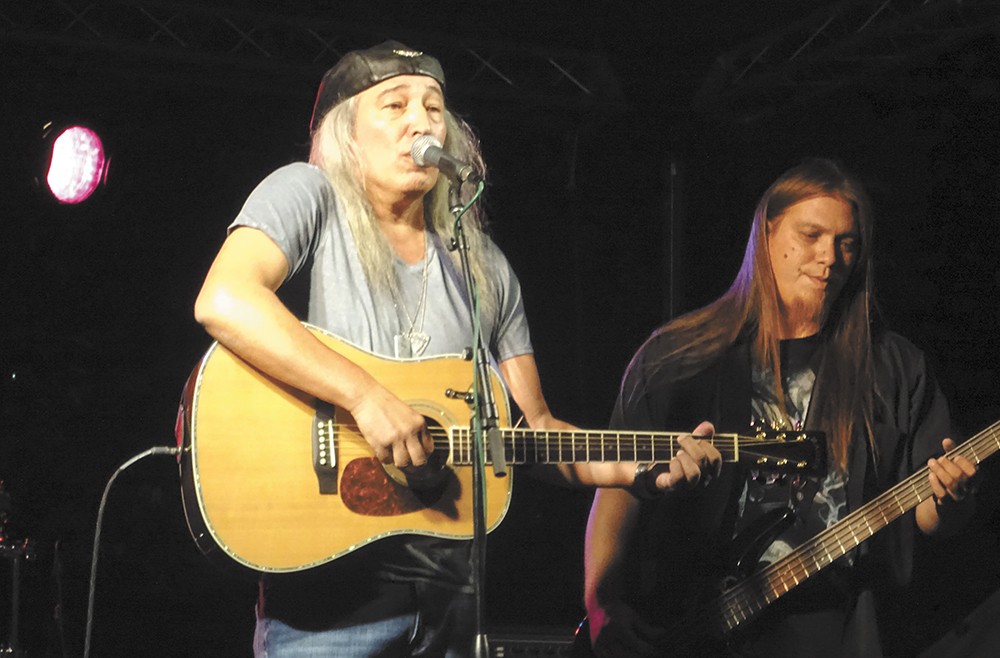 Jim Boyd is to be honored with a Lifetime Achievement Award from the Native American Music Association this week.

that includes seven Native American Music Awards and 14 full-length album releases spanning a four-decade music career, Jim Boyd is receiving one of the biggest honors yet.

This Friday, the Inland Northwest singer-songwriter and member of the Lakes Band of the Colville Confederated Tribe is accepting a Lifetime Achievement Award from the Native American Music Association at a ceremony in Seneca, New York.

A week before the awards, Boyd is in and out of meetings as Chairman of the Colville Tribe's Business Council. That role means he's not able to tour much anymore, and the 58-year-old is excited to play alongside fellow Native musicians at the upcoming ceremony.

"This job makes me miss music a lot, but I've been playing at home a lot more," Boyd says. "Right now, doing this work with the council, it's stressful, and I need my music as therapy, so I grab my guitar and play or record or write a song. It's still a big part of who I am. I'll never not have music."

The Lifetime Achievement Award places Boyd on a list with many other prominent Native musicians, including songwriters Joanne Shenandoah and Rita Coolidge, The Band's Robbie Robertson and Doors drummer John Densmore.

Boyd got his start in music back in middle school with his brother's band, and music has been a major part of his life since. Four of Boyd's songs were featured in the 1998 film Smoke Signals, based on a short story in Sherman Alexie's book The Lone Ranger and Tonto Fistfight in Heaven. Boyd's most recent album from 2011, Harley High, was recorded in Nashville and co-produced by Doc Holiday.

Looking back on his nearly lifelong music career, Boyd expresses only gratitude.