Two local women on their imminent aid trip to Kenya. 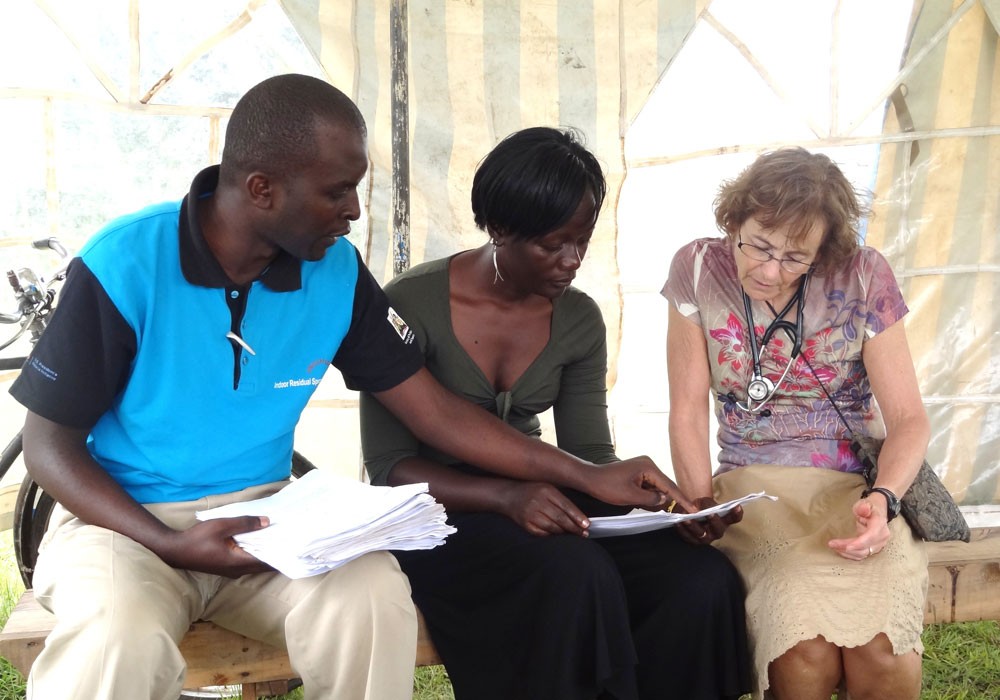 In the past two weeks, Linda Hagen-Miller and Donna Cafasso have gotten more vaccinations than they can count. Hagen-Miller has purchased a new camera, while Cafasso has begun studying Swahili.

Neither woman, though they’ve both volunteered internationally, ever thought they would travel to Kenya.

“I needed another big adventure, and I wanted to make it a contribution to someone’s life,” says Hagen- Miller.

Despite all of the shots, they’re excited, ready to both learn and share knowledge as they depart next week on a 12-day trip to the town of Kopanga, in southwest Kenya, with a Spokane-based organization called Partnering for Progress.

Partnering for Progress was established after registered nurse Stacey Mainer traveled to Kopanga for volunteer medical work in June 2007. After spending nine days with Kenyan nurse Alice Wasila in her run-down clinic, Mainer and her group arrived back in Spokane feeling like they had to do something.

“It was a little, tiny, horrible building that she was renting,” says Partners co-founder Sandy Ivers, recalling Wasila’s original three-room clinic. “There was no electricity. There was no plumbing. There was no clean water available. She was running it essentially on a shoestring budget.”

In February 2008, the group began their first fundraising and awareness campaigns. After numerous auctions and garage sales, they raised enough money to build Wasila a new nine-room clinic that, four years later, treats between 900 and 1,000 patients a month.

Since their initial trip, Partners has arranged for professional teams to go to Kopanga twice a year. Teams are usually comprised of nurses, doctors and other midlevel medical professionals, according to Ivers. Once in Kopanga, they visit schools and clinics, teaching hygiene and nutrition to children and adults.

Each trip costs around $2,000, including airfare and room and board. Ivers and co-founder Stacey Mainer ask that each participant pay their own way, as all of the money they raise goes towards the Kopanga community.

In the future, Ivers and Mainer would like to impact more than just Wasila’s clinic, they say. Their goals include bringing clean water to the community and offering microloans. They realize, though, that before they can move on, they have to make sure the community of Kopanga can thrive on its own.

“That’s one of our philosophies,” Mainer says. “Whatever we start, the community and clinic need a way to sustain it after we leave.”

When she returns to Spokane, Hagen-Miller hopes to use her experience as a journalist to share the sights and sounds of Kopanga with others. She says she hopes to make a difference while in Kenya, even if it is just for one or two people.

“If we have to work with one family at a time, that’s what we have to do,” she says.

Cafasso hopes to use her training as a dietician to assess the severity of malnutrition in the children of Kopanga. She plans on creating a basic nutritional assessment based on weight, height and arm and head-circumference measurements. If a child fails the assessment, they will be placed on a nutritional assistance plan.

“Maybe it’s not a problem. Maybe it’s a huge problem and we need to put funds towards it,” she says. “We’re just trying to get a baseline or 1,000-foot perspective on the pediatric community.”

Though they’re both ready for the trip ahead, Cafasso and Hagen-Miller say they know that the journey will not stop when they leave Kopanga.

“The joke is that I’m never gonna come back, that I’m going to love it so much,” Cafasso says. “But I know I’ll really need to come back and inspire people to continue on where I left off.”