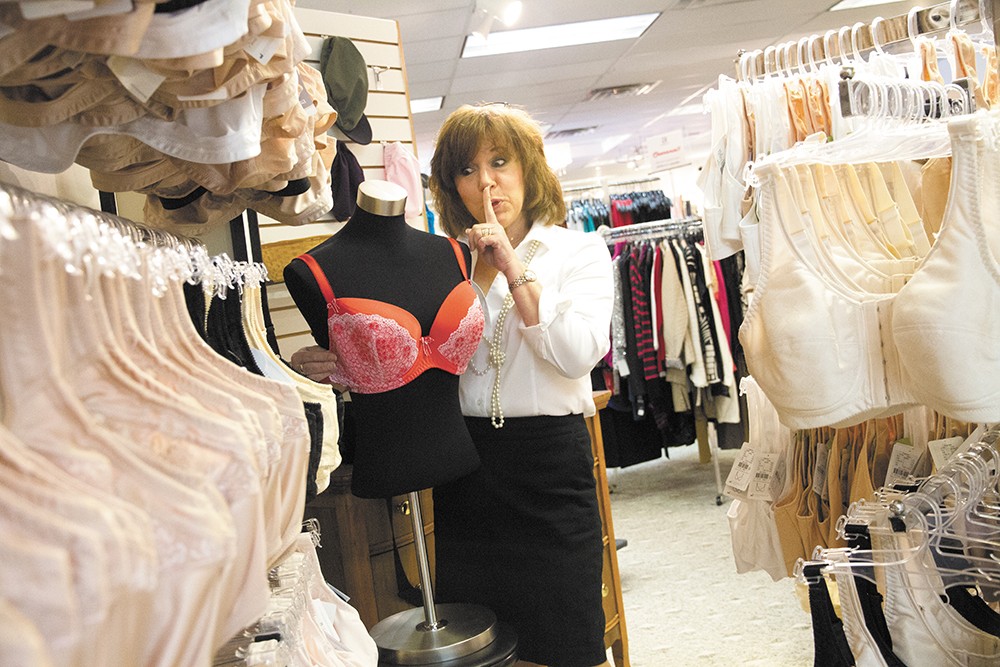 Jennifer Debarros
Victoria Zvoncheck-Ferro says she can find a perfectly-fitted bra for any woman: "No set has beat me yet."

They come in all sizes

— miniscule, balloon-shaped or perfectly reconstructed. And while many women would prefer to pop on a comfy old bra and not think another thing about it, an ill-ftting undergarment can lead to poor posture, back and even breathing issues.

This is something Victoria Zvoncheck-Ferro witnesses first hand at Audrey's Boutique on North Division. Women from all over the region come to her store, which she's owned for three years, for its wide selection of bras — we're talking from size 28 around the ribcage to a size N cup.

"No set has beat me yet," says Zvoncheck-Ferro, who is colloquially known as the bra whisperer thanks to her uncanny ability to guess any woman's breast measurements. "I can always find something that will work."

Getting fitted for a bra can be rather uncomfortable, especially for women who don't necessarily feel happy about their bodies. But remove the emotion and a bra is simply about the architecture, comfortably shaping the breast tissue and "holding the girls up there," Zvoncheck-Ferro says.

Often, women will come in to her shop looking for a dress or top and come out with a new bra as well. With a properly fitting brassiere, Zvoncheck-Ferro says, clothes hang sleekly, making a person look younger and adding a newfound confidence.

"A bra is not a garment other people will see," explains Zvoncheck-Ferro, who is also a certified mastectomy fitter. "Women will spend more time on outer clothing, but they don't get that underwear is the foundation of an outfit. A good bra will make you feel beautiful."

For Zvoncheck-Ferro this isn't just some selling tactic. Some of her customers through the years have experienced major health improvements — everything from eradicating back pain to feeling less tired, simply because they have a bra that fits.

For some women, however, a bra may not be enough.

In the chiropractic field for 18 years, Dr. Michael R. Valente often works with women whose spine and back issues stem from excess breast tissue. He'll sometimes suggest his patients switch to wearing a sports bra to relieve tension, but also teaches exercises to do at home meant to increase tone in the posterior shoulder muscles.

"Your spine should be shaped like an S, not a C," Valente says. "Breast support is a serious thing."

And if none of this works: "Breast reduction surgery can be the last ditch effort, and is necessary for some women, but we'll try to get the muscles strengthened first as best we can," Valente says.

But even armed with the right bra and back exercises, Zvoncheck-Ferro admits that breasts will droop, stretch marks are bound to happen and that gravity always wins.

"Listen, boobs are funny to talk about, my day consists of boobs," Zvoncheck-Ferro says. "But women need to know that buying a bra that fits, from wherever that might be, is a simple thing you can do to improve your overall well being." ♦ 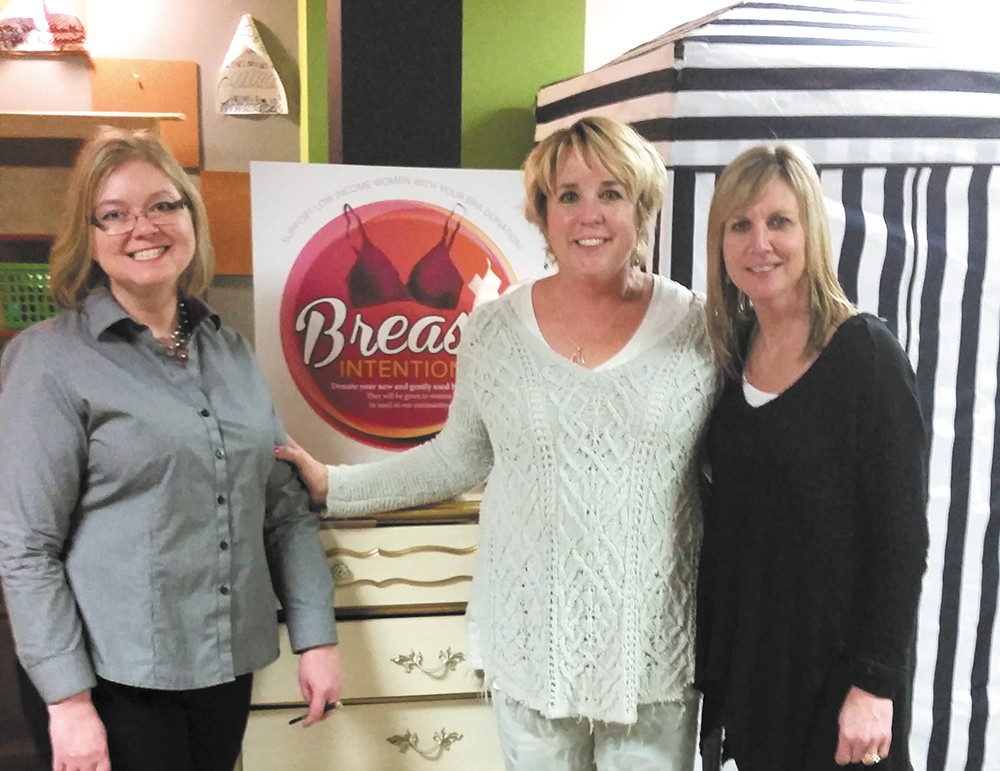 The woman hadn't gotten a new bra in three years. The tattered one she was wearing didn't fit correctly. And there, in a mall fitting room last May, Christine Weaver saw how a new, well-fit bra could profoundly impact a woman's life.

"She could raise her arms without her girls falling out," recalls Weaver of the woman she took dress shopping for last year's Catholic Charities GALA fundraiser. "She started crying."

This got Weaver thinking about an often-overlooked issue in the world of charitable institutions — properly fitted bras. Deciding to throw a bra party for low-income women who needed them, the idea for Breast Intentions was born.

Officially a non-profit for about six months, Weaver, along with Julie Tucker and Nanette Peterson, have put on multiple bra events with the help of local donations and businesses like Nordstrom and Title Nine. They hope to expand the organization to other cities across the country.

Weaver says recipients have told her they feel more put together, one woman told her she got her femininity back.

"We're helping to make these women feel special in a relaxed environment," Weaver says. "The stories we've heard, this is just the most amazing thing."

Title Nine Fundraiser Customers can choose to donate nine percent of purchases to Breast Intentions on Friday, Aug. 28, from 10 am - 6 pm at Title Nine, 928 S Perry St., 535-4839. For more information on donating new or gently used bras go to facebook.com/breastintentionswa or email breastintentions@comcast.net.

Breaking Out of Addiction