Back to Middle Earth 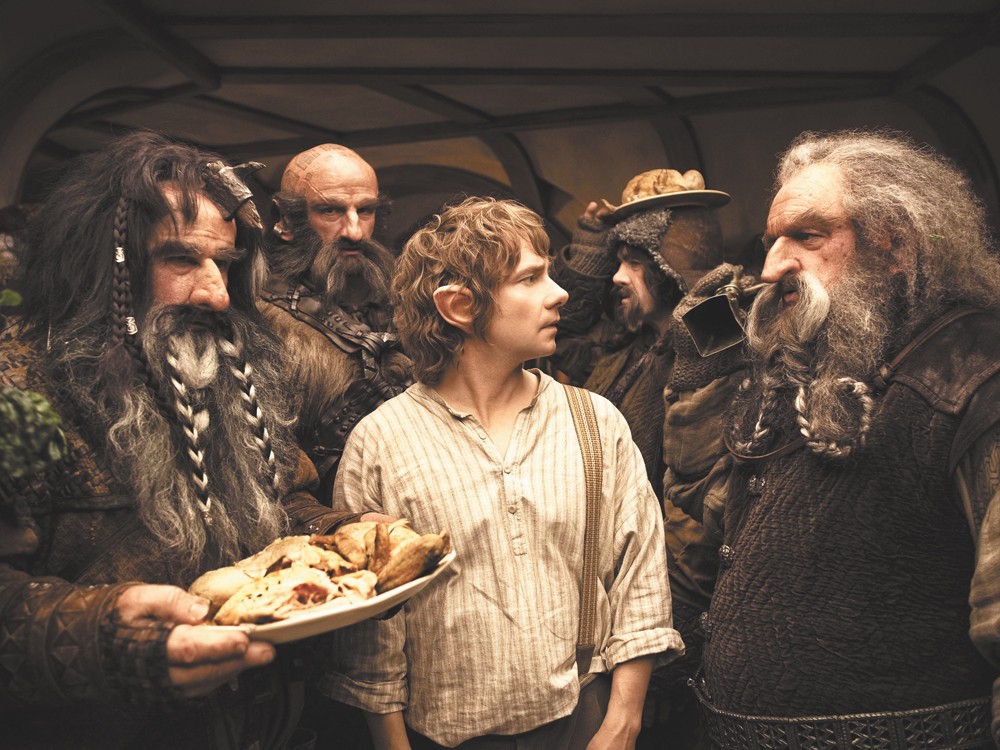 Peter Jackson is thrilled with the way The Hobbit — the prequel to his The Lord of the Rings trilogy — came out. But there’s no doubt that in putting the production together, he must have felt a bit like Frodo Baggins, taking his long, tumultuous journey; or perhaps his uncle Bilbo, setting out on an equally arduous one 600 years earlier in The Hobbit. Jackson almost lost Martin Freeman for the lead role of Bilbo; MGM, the studio backing the film, went through bankruptcy procedures, and the film’s director, Guillermo del Toro, had to leave the project shortly before it was to start. I spoke with Jackson last week in New York.

Inlander: The Hobbit was only one book. Why is the film being told in three parts?

Jackson: We were originally doing two films. But it’s really a question of what you leave out. The book is written at a breathless pace, so some major events in the story are covered in only two or three pages. So you want to do a little more character development and character conflict than what was in the book, and we wanted to expand the story a little more.

You shot all three parts at once, but it took a very long time. Was that because of Martin Freeman’s schedule playing Watson on the TV show Sherlock?

We felt that Martin had qualities that would be perfect for Bilbo — that essential English, slightly repressed quality. He’s a dramatic actor, but one that has comedic skill, and there was a lot more comedy in The Hobbit than in the Lord of the Rings films. But he was tied into working on Sherlock. So we shot The Hobbit for four months, then Martin had to go and do Sherlock. So we stopped the shoot for two months, and when he came back, we carried on again. It was actually a blessing for us. I got time to edit the first four months of shooting and had time to prepare for the next batch, because it was 266 days of shooting, done over 18 months. That little break was very welcome. Quite a civilized way to make a movie.

There were reports that you initially weren’t going to direct the project. Why not?

I guess I thought that I wouldn’t enjoy it because I felt that I’d be competing against myself. So I thought it would be interesting to have another director. Guillermo del Toro was involved for over a year. He left because of the delays we were facing due to MGM’s bankruptcy problems, and it was still another six months before we had a green light. But I had been working on the script with Guillermo, and during that time I’d come to realize that there’s a lot of charm and humor in The Hobbit that Lord of the Rings didn’t have. I thought that returning to Middle Earth and telling a completely different story, in a different tone, would give me an opportunity to do something a little different.

The 3D process you used made for some amazing depth and clarity. Did working in 3D change anything in your approach to directing?

It didn’t change my style of directing, and I didn’t want it to. I really wanted to be the same filmmaker going back into Middle Earth, because once these three films are done, we’re looking at a six-movie set, which is the way it will exist from that point on. So thinking of that six-film series, I didn’t want to start shooting in a different style. So I was directing as I would normally direct, and the cameras could do what they could normally do. And for me, it was a comfortable experience.