Back to the Mutants 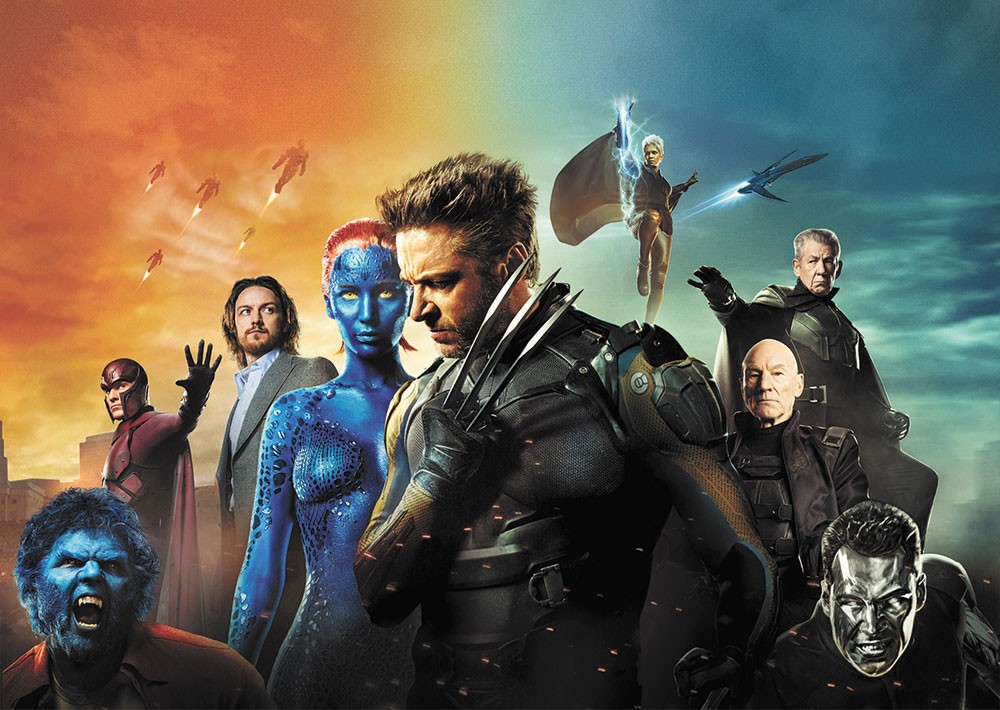 It's a nasty future we open on: dark, post-apocalyptic skies and ruined cities left in the wake of the ongoing genocide of mutants and humans by robot Sentinels. The sci-fi Judgment Day has come and the Terminators aren't even bothering to imprison survivors in the Matrix.

There will be time travel. It's gonna get fixed.

I don't know how Professor Charles Xavier is alive again, in his older Patrick Stewart guise, because he was killed in 2006's X-Men: The Last Stand. Maybe Xavier's death was erased in some other time-travel shenanigans. There's no attempt to explain it here, and it doesn't really matter. He has a plan to stop the Sentinel war decades in the past, before it even begins.

The idea is to use the powers of mutant Kitty Pryde (Ellen Page) — who can send people's consciousnesses back in time by a few days, into their own past bodies — to send Charles' mind back to 1973, when/where he will work to stop his old friend, the shapeshifter Raven (Jennifer Lawrence), from killing Dr. Bolivar Trask (Peter Dinklage, in a refreshingly size-blind role), who was developing the Sentinels; ironically, he could get no support from the U.S. government for his work, but his death at the hand of a mutant convinced them his project was essential. But Kitty says no; a mind trip into that distant a past will kill the body it arrives in. Ah, but what about someone who can heal from any injury? So the job gets turned over to Logan (Hugh Jackman), the only one who could survive the "journey."

This is where the fun really starts, and not just because Wolverine gets to experience his own little Life on Mars retro-fest back in the land of lava lamps and waterbeds. There's a delicious beauty in the prickly Logan having to suddenly become a people person, actively working to be ingratiating, while also telling an outrageous story about traveling back in time to those whose help he needs. Better still: we get an exquisite reversal of the master-and-pupil dynamic Logan and Xavier once had — way back in the first film, 2000's X-Men — when Logan was a huge personal mess and the grounded, patient Xavier tamed him (a little bit, anyway). Now, in 1973, the younger Xavier (James McAvoy) is the personal disaster, his work to help mutants forgotten. His grief over losing Raven still stings; even his mutant power to read minds has overwhelmed him to the point where he is taking a drug to suppress it.

And then — because they need his help, too — they have to spring Magneto (Michael Fassbender) from the most secure prison on the planet. Yes, this is a lot of fun.

Perhaps the most astonishing thing is that this movie is as elegant as it is. The plot is almost ridiculously convoluted, cramming in an absurd number of characters and traipsing all over the planet, from China to New York to Vietnam to Paris. But even when it's looping back on itself — and back into previous films — it works. In retrospect, there's surprisingly little "action," at least on the scale we're used to in comic-book flicks, though what there is doesn't feel like stuff we've seen a hundred times before. Being able to set mutants with unusual powers against one another helps, but director Bryan Singer also knows that a little goes a long way, and that holding off showing us something spectacular is more effective than being pornographic about it.

It's not astonishing, given the track record of this franchise, that this latest X-Men tale is powerfully humanist. But this time out, not just in its ongoing metaphor in which "mutation" represents any sort of bigotry and irrational fear of people who are a little different. The things we do now matter, and can have an impact far beyond this particular moment. Hindsight that could be acted on via time travel might be cool. But foresight works, too. ♦

X-Men: Days of Future Past is not showing in any theaters in the area. 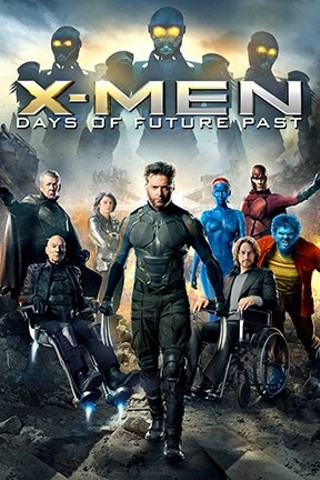