Backed by a community's passion, a new owner brings Teton Pass back to life

Alex Sakariassen photo
"We're just taking it one step at a time," Charles Hlavac says of Teton Pass' first winter back in operation.

Squally clouds hang low over the eastern boundary of the Bob Marshall Wilderness, all but obscuring the peaks above Montana's Teton Pass Ski Area. Intermittent sunlight bathes the slopes in a bright white haze. A single snow devil twists between pine saplings on the ridge above the mountain's lone double lift.

Outside the A-framed lodge, Charles Hlavac gabs with a couple of locals in ski boots. Their conversation is that of old friends, hinting at Hlavac's family roots in the nearby farm-and-ranch town of Choteau, Montana, as well as his six years managing Teton Pass on behalf of former owner and New Zealand resort tycoon Nick Wood. Hlavac took over the role of owner last August, and his battered work gloves and stained flannel tell the story of a man who's spent the months since struggling to revive a beloved ski area after two seasons on mothballs.

"We're just taking it one step at a time," Hlavac says of Teton Pass' first winter back in operation. "This season, we just knew we were going to try to offer what we've offered in the past, and even scale it down a little bit more so we can make sure we cut the fat and just survive."

That Hlavac ended up at the head of a remote mom-and-pop ski area along the Rocky Mountain Front makes a ton of sense. He grew up in Minneapolis skiing similarly small areas like Afton Alps, then turned his attention to an engineering degree before working on wildfire crews with the Forest Service. Fixing machines, solving complex problems, navigating agency policies and procedures — Hlavac's is a learned-and-lived skillset uniquely tailored to the ski industry. But core to his desire to take the reins was an awareness of what Teton Pass meant to locals, and the toll its shuttering took on the community.

"All of the satisfaction, all the enjoyment is because of the people that come ski here. Without that, there's nothing," Hlavac says. "I'm not doing it for myself. It's fun, rewarding and challenging, but only because you get to reap the benefits of seeing all the people showing up on a busy Saturday with powder and smiling ear to ear."

Hlavac isn't alone in that awareness. When Wood opted to forego opening for the 2017-18 season due to personal financial hardships, citizens in Choteau began exploring their own options. In mid-March 2018, roughly 100 locals crowded into a conference room in the Stage Stop Inn to discuss alternative ownership models. The meeting included input from the Montana Ski Areas Association and Montana's Office of Outdoor Recreation, much of it focused on nonprofit and cooperative approaches. Several of the individuals involved in that meeting wound up forming the nonprofit Friends of the Teton in February 2019, broadening their focus to year-round recreational opportunities in the Choteau area.

"Our focus is anything that involves recreation in this whole Teton River drainage," says Friends of the Teton member Terry Barch. "We're not exclusionary to anything that goes on here as long as it's legal. You want to serve a number of interests, and that's going to help the community to try to grow."

Even with Hlavac's takeover last fall, uncertainty continued to swirl around whether Teton Pass would reopen for the 2020-21 season. Hlavac acknowledges he kept his head down intentionally, not wanting to promise skiers a speedy revival he wasn't sure he could pull off. When he finally received the green light from the Forest Service via email at 10:30 am on Dec. 28, he considered holding off operations until the next day. Instead, he flung the doors open shortly after noon, sending out word on Facebook and drawing a crowd of roughly 40 locals.

The news spread fast through western Montana. Barch was across the Continental Divide that weekend, cross-country skiing out of a Seeley Lake cabin he and his wife had rented in case Teton Pass failed to reopen for the winter.

"Five people came up to us and said, 'Hey, Teton Pass is open,'" Barch says. "The word got around like wildfire."

The lift may have groaned back to life, but the work community members like Barch accomplished in the interim underscores that the road ahead for Hlavac isn't an easy one. According to a feasibility study commissioned by the Choteau Area Port Authority, Teton Pass would need to see roughly 20,000 skier visits annually to become self-sustaining; the area's average between 2012 and 2017 was around 6,000 skier visits. The study notes that the potential is there, though, provided the area diversifies its recreational offerings.

To that end, Friends of the Teton is in the process of putting together a Recreation Trails Program grant to establish a network of Nordic ski trails around Teton Pass. A portion of that network already falls within the resort's permitted operating area, and Barch posits that the lodge could serve as a central hub for winter activities. He adds that the Forest Service finally looks poised to repair the rough and pitted road leading to the mountain, which he jokingly refers to as the "Ho Chi Minh Trail." Much of what Barch talks about is anchored around a functioning Teton Pass, and he's emboldened by Hlavac's presence at the helm of the ski area.

"Chuck's a smart guy, very intimate with the operations up there," Barch says. "So if you're going to have somebody in charge of the place and it's going to be on a limited staff, Chuck's the guy to do it."

Teton Pass' two-season closure clearly sparked a passion among Choteau residents to reclaim what they'd lost. And as much as Hlavac kicks himself for not marketing more heavily ahead of this season, he realizes that just getting the place up and running again has helped to boost local morale. Hlavac has his own visions for Teton Pass' future, visions he says he's mentally shelved for the time being. This season, it's all about giving the skiing public what it's thirsted for: normalcy.

"Now is not the time for changing course and doing a bunch of weird stuff and trying out new ideas," Hlavac says. "I think we just need to provide a product and continue to do what we're doing and slowly develop and change." ♦

The original print version of this article was headlined "Reanimator" 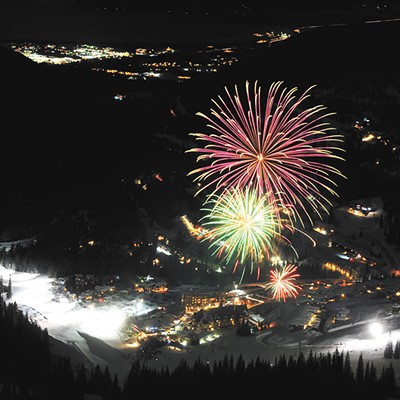