Garth Brooks sold out seven shows at the Arena; here's what it's like behind the scenes 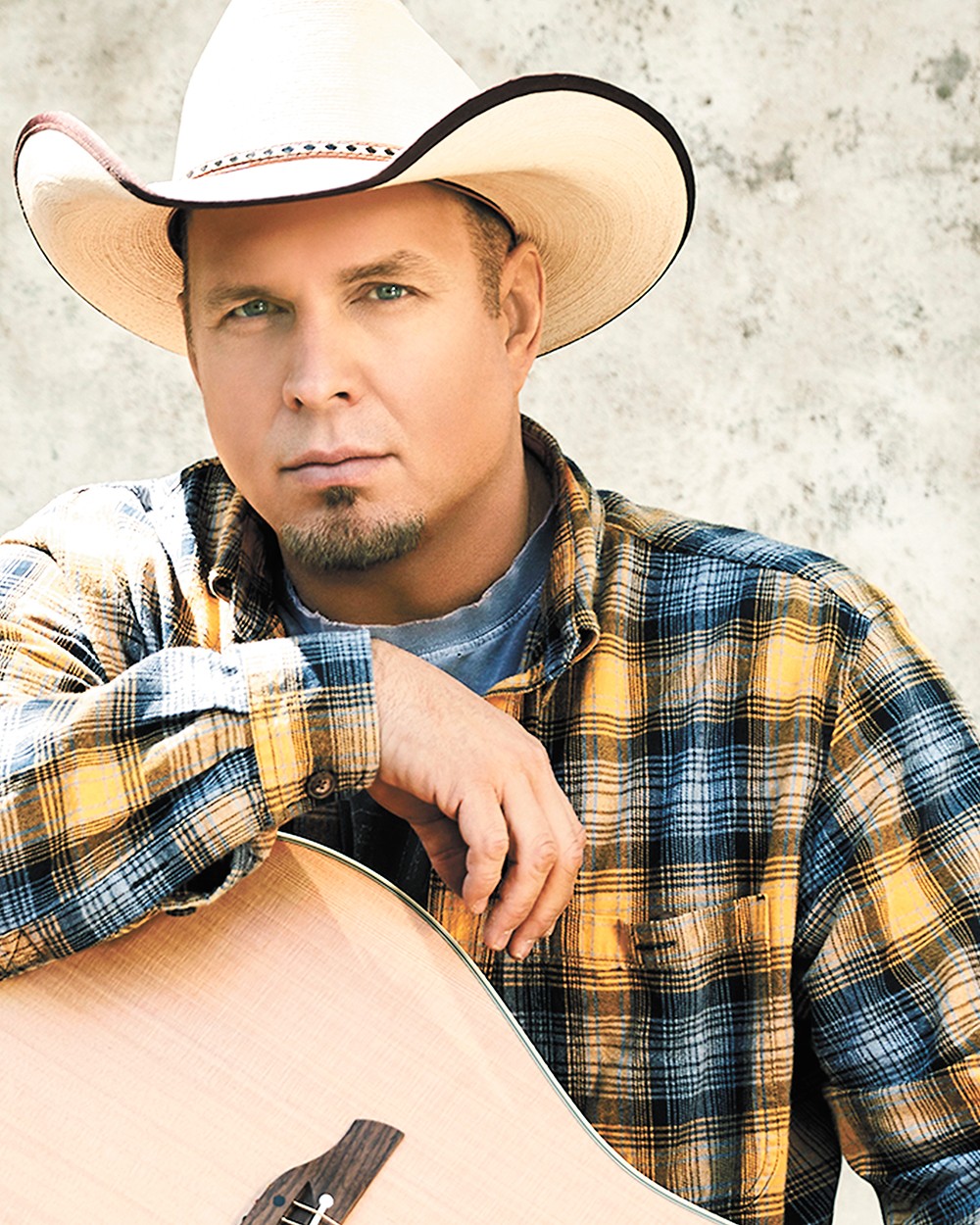 and he's playing a whopping seven shows between now and Tuesday.

It sounds crazy, but it's common practice for the country music megastar. He just wrapped up a five-day stint at the Tacoma Dome, and he'll kick off December with three consecutive shows in Newark, New Jersey. Brooks is taking up residency at the Spokane Arena with his wife, Trisha Yearwood, also a platinum-selling artist, and tickets for their stop in the Inland Northwest sold out in just three hours.

An estimated 74,000 people (give or take) will be coming through the Arena's doors during those seven shows, and that's not accounting for the folks who will inevitably go more than once. In some instances, a sold-out crowd will funnel out of the Arena, only to have another sold-out crowd file in right behind them less than an hour later.

That's quite an undertaking. So how much work goes into putting on so many concerts in a relatively short amount of time? Unsurprisingly, a lot.

"It's going to be a madhouse," says the Arena's general manager, Matt Gibson. "But we've planned and we know what we're doing. ... Our hope is that if we do our jobs correctly and we get the communication out, I think we'll be alright."

Gibson says the Arena started discussions with Brooks' representation more than two years ago, carving out a spot on the venue's November schedule to accommodate up to nine possible shows. Before tickets went on sale last month, the Arena's site was moved to a more secure web server to ensure that it wouldn't crash due to heavy traffic.

Young Kwak
The Arena's GM Matt Gibson: "To be able to be on the planning side of it is pretty special."

On the morning of Oct. 6, when tickets went on sale, Gibson and his staff were huddling over a bank of speakerphones, connected with TicketsWest, concert promoters and Brooks himself.

"I was there, pacing," Gibson says. "There was a pep talk before we flipped the switch. [Brooks] is very excited to do what he does for a living, and that's infectious for us. This was an event."

As sales climbed, shows were added; at one point, 40,000 people were camped out in the ticket site's "virtual waiting room." Becca Watters, the Arena's assistant general manager, updated social media with the news, and marketing manager Teresa Hudak emailed out press releases as each new concert date was announced.

By 1 pm, seven shows had sold out, and the whole operation went off without a hitch.

"It was something else," Hudak says. "It was quite fun. I mean, it was stressful, but it's an experience we'll never have again."

"They almost went for an eighth show," Gibson says. "But they realized in the time frame between Tacoma and Spokane, he'll be playing 12 shows in the space of less than a week and a half."

Actually putting on the shows requires a whole new set of organizational logistics.

Brooks and his team are bringing enough equipment, including a large, oval stage, to fill 20 semi trucks, which rolled into town a couple of days before Thursday's show. Because the Spokane Chiefs are in the middle of their season (though they don't have any games scheduled during Brooks' residency here), the Arena staff will lay an insulating material down over the ice and set up Brooks' show right on top of it.

The Arena will have, at different times, between 200 and 300 employees working, and concession and beer inventory have been increased exponentially. Gibson says they're also working with the Spokane Police Department to direct traffic around the Arena, and with the Spokane Transit Authority to expand the scheduled bus routes that typically pass by the venue.

In all of this, Gibson likens his job to that of a cruise ship director: The Arena aims to get out of the way of the artist, but to provide comfortable accommodations so they're happy during their time there.

"We're honored to be able to put this on," he says. "Everyone in Spokane is so excited about it; to be able to be on the planning side of it is pretty special."

During a recent trip to a Nashville conference, the staff says there was a noticeable buzz around Brooks' success in Spokane.

"It was very apparent that people in the industry took note of what Spokane was able to do, the number of tickets we were able to sell in that amount of time," Watters says. "This is a big thing for Spokane, and it could do a lot for us moving forward."♦

What you need to know before you go:

• Yearwood will not be present for the Thursday, Nov. 9 and Tuesday, Nov. 14 performances.

• Doors will open an hour and a half prior to scheduled start times; concertgoers are advised to get to the Arena two hours in advance of showtime.

• Leave your large bags and backpacks at home. You'll also have to pass through metal detectors at the Arena entrance.

• Parking at the Arena will be limited, and a spot in one of the lots will run you $15. If you choose to park away from the Arena and commute, three STA buses (routes 1, 27 and 39) will run from the Plaza to the Arena; bus fare is $1.75. The corner of Howard and Mallon will serve as the drop-off point for cabs, Uber and Lyft.